October 13 2017
13
Two new frontier Mongoose guard patrol boats will replenish the fleet of Sakhalin border guards, the press service of the border department of the Federal Security Service of Russia for the Sakhalin region reports. 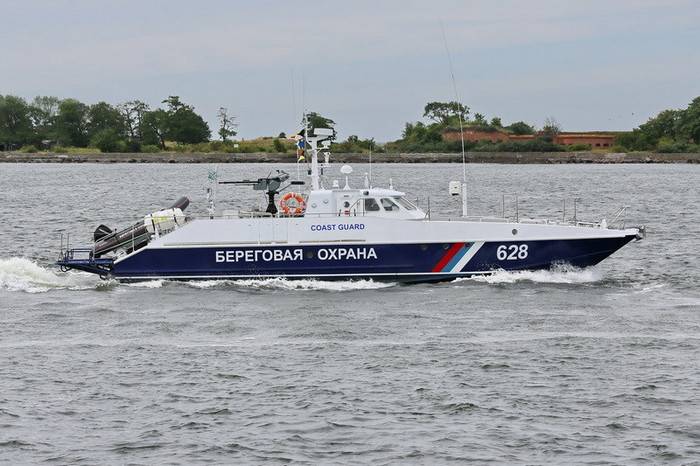 October 14 in 11: 00 on the pier of the Nevelsk port will be held a solemn ceremony of meeting two border guard boats "Mongoose", which entered service with the border department of the FSB of Russia in the Sakhalin region in the framework of the development of coast guard
- said in a statement.

The 12150 Mangust design boats were designed at the Almaz Central Mortality Design Bureau and built for Sakhalin border guards at the Vympel shipyard in Rybinsk. PSCA (Patrol Speedboat) "Mongoose" - a series of modern high-speed planing boats of the coastal zone. Displacement - 27,8 tons. Maximum travel speed - 50 knots. The range with the most fuel is about 410 miles.

The main armament of the boat is 14,5-mm KPVT as part of a marine thumb machine-gun installation located in the rear part. The installation is designed to combat surface, coastal and air lightly armored targets. Provides defeat of surface and coastal targets at distances up to 2000 meters at an altitude of up to 1500 meters, reports TASS.

Ctrl Enter
Noticed a mistake Highlight text and press. Ctrl + Enter
We are
28 MAY - Border Guard DayThe action “Military service under the contract is your choice!” In Rostov-on-Don: future contract servicemen, exhibitions and “Russian Knights”
13 comments
Information
Dear reader, to leave comments on the publication, you must to register.