October 13 2017
2
A large number of military vehicles and ambulances are being pulled down to the Reikhanly region of the Turkish province of Hatay, reports RIA News message agency Anadolu. 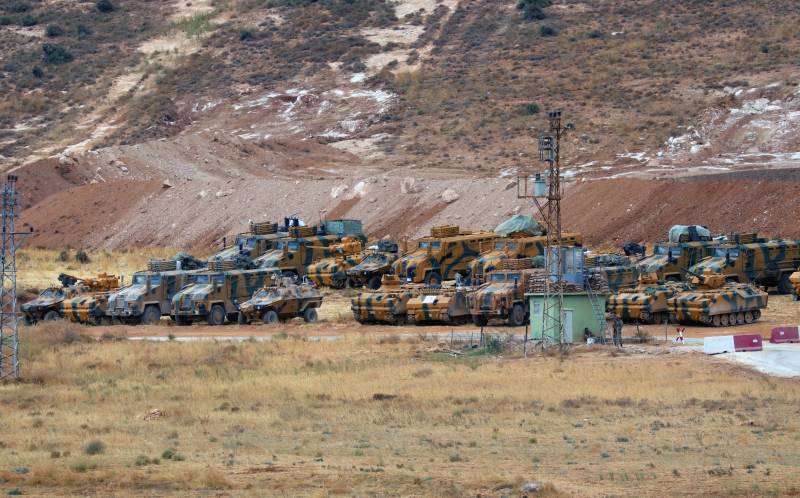 Earlier, the start of the intelligence operation in Syrian Idlib as part of the creation of a de-escalation zone in it was reported by the Turkish Armed Forces General Staff. It was noted that Ankara operates within the framework of agreements in Astana and coordinates its actions with Moscow. It is planned that the Turkish units will be located within the province, and the Russian - along the outer perimeter of the de-escalation zone.

“The operation aims to create zones of control to comply with the security regime in northwest Syria. The beginning of the deployment process in Idlib was preceded by a reconnaissance operation that lasted from 8 to October 11, ”the agency reported.

Recall negotiations to resolve the Syrian conflict are held in Astana and Geneva. In Astana, negotiations on the military aspect of the Syrian settlement have been going on since January, six rounds of meetings have already taken place.

Ctrl Enter
Noticed a mistake Highlight text and press. Ctrl + Enter
We are
2 comments
Information
Dear reader, to leave comments on the publication, you must to register.