Ministry of Defense of the Russian Federation: 92% of Syria liberated from terrorists

October 13 2017
13
In the departmental newspaper "A red star" There was another material on the interim results of the counterterrorist operation in Syria. The Russian Ministry of Defense publishes up-to-date reports on ATS territories liberated from terrorists. It was noted that only for the past week, the aircraft of the Russian Aerospace System of the Russian Federation carried out 517 combat missions, destroying a total of more than 1260 terrorist objects.


The material states that there were about 140 reconnaissance missions of Russian unmanned aerial vehicles, which eventually detected at least 130 terrorist sites. 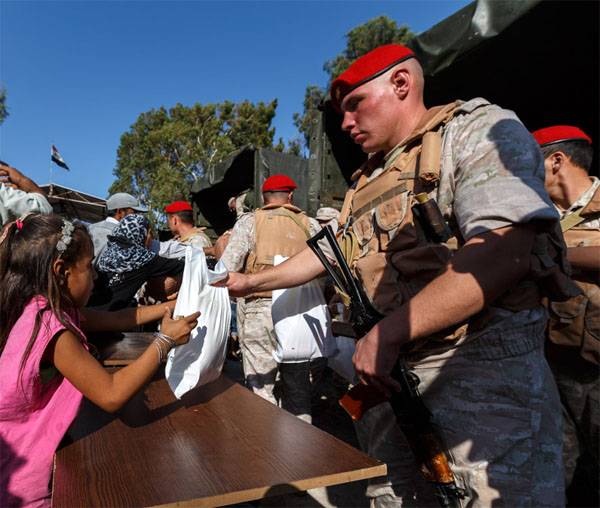 The country's main defense department reports that about 92% of the territory has already been freed from terrorists in Syria.

Recall that this week one of the sorties did not take place because of the tragedy at the Hmeimim airfield. The Su-24M front bomber could not take to the air, rolling out of the runway. As a result, there was a fire and detonation of the ammunition. The crew of the aircraft was killed. Farewell to the Su-24M navigator Yury Kopylov, who died in Syria, will take place in Voronezh today.

On the eve, VTsIOM published the results of a sociological poll, according to the results of which it became known that 54% of Russians consider it necessary for Russia to conduct an operation in Syria to the bitter end.