If you have nothing to answer, do not let the interlocutor to the negotiating table

October 13 2017
25
I do not know about you, but sometimes it seems to me that modern America is already close to "closing." How are they fed up with their petty, unworthy of the huge and rich country of filth! Then the consulates are closed, the Russian flag "with respect to the country" is removed. That terrorists pass through their bases. I mean, they don’t notice how they cross the border and start fighting already in Syria. 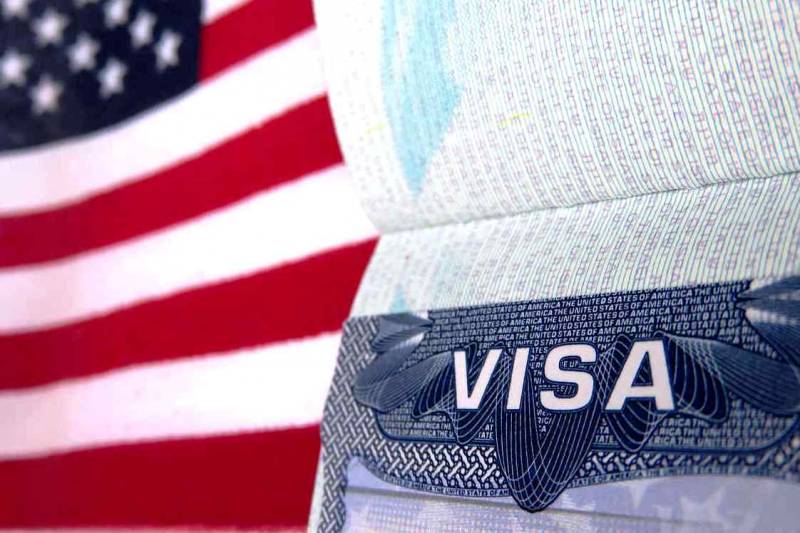 Yesterday's "solo number" of the US administration from the same series. It only concerns now not only Russia, but the entire world community. My hands itch from the upcoming debates at the UN. Why? One showman from Washington sent all UN diplomats to ... And the thing is that a delegation of our Defense Ministry led by Lieutenant-General, First Deputy Secretary of Defense was to arrive in the debate on the deployment of American missile defense to the UN General Assembly First Committee. Russia Andrei Tretyak.

The US authorities decided not to risk it and simply did not issue entry visas to our representatives. If we are talking about the American missile defense, the Americans did with the Russian military in the style of their own doctrine. "Shot down at takeoff" to secure their territory.

In principle, there is nothing “revolutionary” in such events. Debates, briefings, discussions within the UN are ongoing. This is one of the principles of this organization. Agree to submit a controversial issue for discussion of a committee or Security Council meeting. In this case, the meeting will turn into a "talker". But the text agreed upon at least with several members of the Security Council will not cause a delay in time and will be discussed on the merits.

There is nothing extraordinary in such events. Except for parts that may emerge supposedly by chance. But they are very painful to hit the entire system in question. Agree, to hide or chat the information that would have sounded on the margins of the first committee of the UN General Assembly, it would be difficult.

On Thursday, a Russian-Chinese briefing on the deployment of US missile defense systems took place just on the margins of this committee. This is also a common practice in order to draw attention to the upcoming discussions. On our side, a representative of the Ministry of Defense Alexander Emelyanov participated in the briefing.

The key points of this talk are worth noting. Although people interested in all these facts have long been known. So, the main idea of ​​the speech comes down to a simple conclusion. The United States Global Missile Defense System will lead to an arms race. I will quote the TASS report: "A dangerous mistake is to consider the missile defense system as an exclusively defensive system that does not threaten anyone, but only strengthens international and regional security." "The Russian Federation is confident that the unlimited deployment of the American missile defense system is a serious challenge to global security, an incentive for an arms race and a threat to all of humanity."

What is the matter? With the "good ends" declared by the Americans, the result is exactly the opposite? I have repeatedly written about the universality of American PU. And many times I read in discussions that this can not be. The arguments were rather weak and easily broken by the logical reasoning of opponents. Finally, already on the margins of the UN, I saw the same arguments from our military.

Moreover, the Americans have already blocked all possible flight paths with their radar. And this calls into question a retaliatory strike in the event of an attack on Russia. Especially given the time required to make a decision and receive an order connections.

Our representative touched upon another important issue that Western experts prefer to remain silent today. This is the problem of placing weapons systems in space. Today, American satellites are quantitatively superior to all other countries. Many missile defense and air defense systems are tied to them. And one cannot exclude the fact that some of the "asleep" satellites are actually just waiting for a team to begin combat operations against spacecraft from other countries.

"The US missile defense system threatens the security of international space activities, hampers the achievement of non-deployment arrangements weapons in space. "

I deliberately focused readers on the subject of the upcoming debate. Anyway, these topics are extremely “unpleasant” for Washington. The questions raised, especially when experts would raise them, raised with facts and examples, would be a great revelation for many countries. And in the camp of "fighters against Russian aggression" there would appear another "crack."

The Americans chose to violate the UN Charter and simply refuse to Russian specialists in obtaining an entry visa. Reception effective. Showing the attitude of the United States to international agreements and other "nonsense", showing the US attitude to the world in general. The classic "what I want, then I roll."

For a while it will work. But for whom? The Chinese are not in vain so actively involved in such discussions. They are well aware that their country is the second, if not the first, goal of a US nuclear strike. And the figures that Alexander Emelyanov cited by the number of antimissiles in the regions of the world, just show it.

I think the question of the American missile defense system was raised today for a reason. And will be discussed soon in other venues. China and Russia, especially in the light of strained relations between India and Pakistan, will simply be forced to create a reciprocal system. And this is nothing but another round of the arms race. Again, the policy of blackmail military escalation? "Wide strides" Mr. Trump and his country. As if the pants are not torn.

By the way, yesterday’s US declaration of withdrawal from UNESCO very much resembles the times of the collapse of the League of Nations. While reminding, but to be continued ...

Ctrl Enter
Noticed a mistake Highlight text and press. Ctrl + Enter
We are
The tragedy of the American army ("The Atlantic", USA)Situational analysis of the death of the MH17 flight (Malaysian Boeing 777), made on the basis of engineering analysis from 15.08.2014
25 comments
Ad