October 13 1827 was established by the Hydrographic Service of the Russian Navy.

October 13 2017
5
Exactly 190 years ago, on October 13, 1827, the Office of the General Hydrograph was created, which became the founder of the modern Hydrographic Service of the Naval fleet. Vice Admiral Gavril Andreevich Sarychev (1763-1831), an outstanding Russian oceanographer, who compiled a large number of maps of the Baltic, Bering and Okhotsk Seas, was appointed the first hydrograph general.


At the same time, long before the creation of a regular military fleet in Russia, the Russian people managed to become famous as brave sailors. But it was only during the reign of Emperor Peter I that the final awareness of the state significance of detailed studies and descriptions of rivers, lakes and seas came. It was from the beginning of the 18th century that full-scale hydrographic studies of the Baltic and Kara Seas began in our country, these works were systematized. The regular publication of nautical charts began, without which not only the fleet, but also other state institutions of the country could not successfully solve the tasks before them.

In 1837, the Office of the Hydrograph-General was transformed into the Hydrographic Department, and in 1885, on the basis of it, the Main Hydrographic Office under the Maritime Ministry was established. In 1886, the meteorological unit was established in this department. In 1891, engraving, drawing, lithography and printing were combined into a cartographic part. In 1897, in the cartographic part of the administration, successful experiments were carried out on printing nautical charts using aluminum printing plates (algraphia). 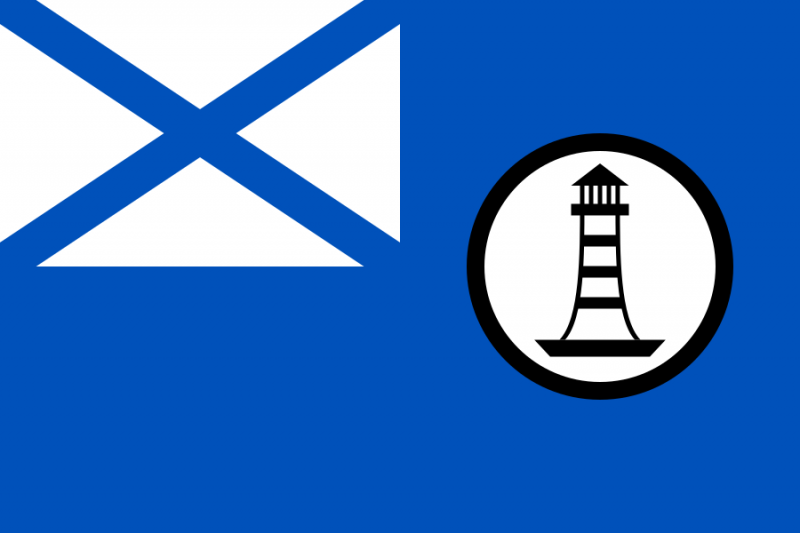 Flag of the Navy Hydrographic Vessels (Boats) Since 2001

An outstanding contribution to the development of the domestic hydrographic service was made at the time by I. F. Kruzenshtern and Yu. F. Lisyansky. In the XIX century, they first performed scientific oceanographic work in the open ocean, in parallel with this, hydrometeorological observations were launched, which in the future became an integral part of all expeditionary research and hydrographic work on research and warships. From this period, start the work of the fleet hydrographic service on the accumulation and understanding of various results of oceanographic observations, the compilation of a detailed description of the hydrometeorological regime of sea areas.

The main tasks solved by the Hydrographic Service of the Ministry of Defense of Russia are:

- management of the maintenance of the forces and means of navigation-hydrographic, hydrometeorological and topographic and geodetic support (NGOs, GMOs and TGOs) in the established combat readiness to perform the tasks of the daily and combat activities of the forces (troops) of the fleets, the Caspian Flotilla, and other types of Russian Armed Forces in designated operational zones (areas of responsibility);

- organization of hydrographic, oceanographic and marine geophysical work in the seas and oceans in the interests of the defense of Russia and NGOs of the country's maritime activities;

- implementation of guidance on the creation of nautical navigation, geophysical and other special charts (including electronic), manuals and guides for navigation in the oceans and the provision of these maps in the prescribed manner to consumers of our country and foreign countries;

- directing the provision (supply) of the forces (troops) of the Russian Navy with maritime navigation and oceanography (SIT), maintaining the technical readiness of these funds on permanent-readiness warships;

- maintenance and development of the existing navigation equipment system in the sea waters and on the coast under the jurisdiction of Russia (with the exception of the Northern Sea Route) in the interests of the defense of the state and NGOs of Russia's maritime activities, ensuring the operation of navigation equipment with established modes of operation and a set of characteristics; 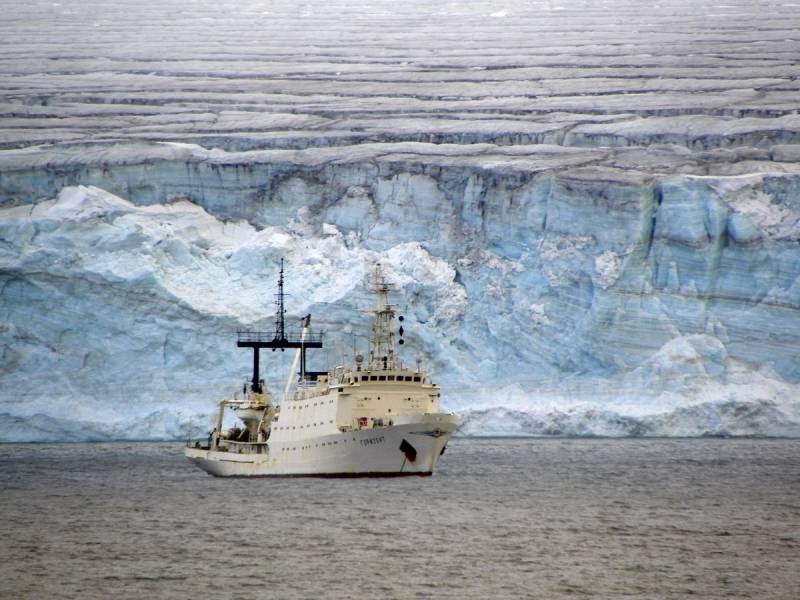 For the first time after a long break (more than 30 years), in the 2014-2015 years, the ships of the Hydrographic Service of the Russian Navy went to distant, poorly explored areas of the World Ocean: the hydrographic vessel Marshal Gelovani successfully crossed the Pacific Ocean, and the oceanographic research vessel Admiral Vladimirsky performed round-the-world swimming with passage through the seas of the Arctic Ocean. In 2016, the oceanographic research vessel "Admiral Vladimirsky" successfully completed an Antarctic expedition, in which hydrographs of the Pacific and Northern fleets of the Russian Navy managed to perform a huge amount of hydrographic work in the areas of Novaya Zemlya, Franz Josef Land, Wrangel Island, Novosibirsk Islands, and also completed with their tasks in the Yellow, South China and Japan Seas.

In 2017, the hydrographic vessels from the Baltic and Black Sea fleets of the Russian Navy successfully solved the tasks assigned to them in the Gulf of Aden, Red and Mediterranean seas. Nowadays, the data collected by the Hydrographic Service of the Russian Navy are successfully used not only for solving military-applied tasks, but also for the development of Russian science and for the needs of the national economy. These works are carried out in close cooperation and cooperation with the Institute of the Russian Academy of Sciences, as well as research and production organizations of the concerned ministries and departments.

It is important to remember that on the basis of the work performed by the Hydrographic Service of the Russian Navy, one of the largest collections of nautical navigation charts and navigation aids has been created on the planet. This collection includes about 8400 Admiralty Maritime Numbers and also 620 manuals and guides for sailing. Nowadays, the bank of navigation charts in electronic form is actively replenished, map printing on demand has been introduced and is successfully used, this allows you to completely eliminate the cost of storing and transporting maps. It is also worth noting that among the military hydrographers of our country, traditionally there are a large number of members of the Russian Geographical Society, all of them adequately bear this honorary title. 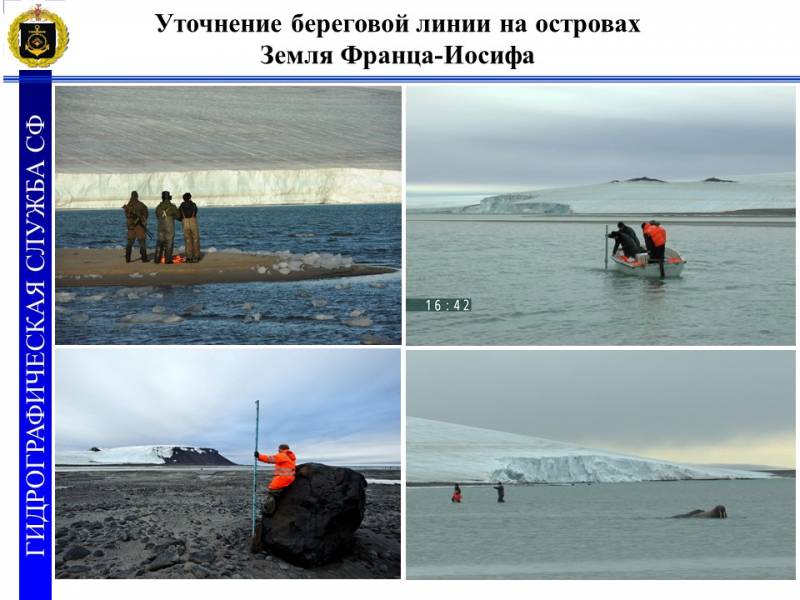 The 13 of October, the day of the 190 anniversary of the founding of the Navy Hydrographic Service, the Military Review team wishes military sailors-hydrographers every success in their service and scientific activities, good luck in long-distance maritime campaigns and, of course, new discoveries for the benefit of our country !