Poroshenko gave the order to imprison nationalists for "separatism" 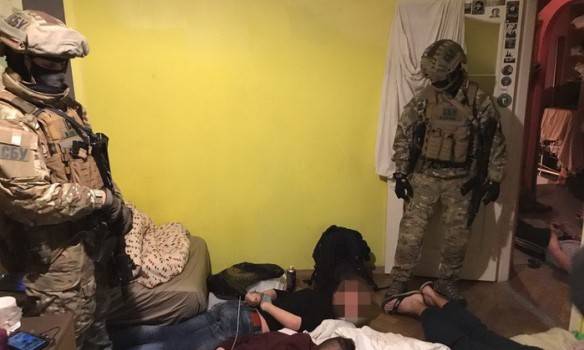 Last night, activists of the Ukrainian autonomous radical organization “Autonomous Resistance” were detained in Lviv. It would seem that an ordinary event: detain and then release. How many times have it been. But in this stories not so simple.

For the first time after 2014, the Ukrainian nationalists were charged under the articles of 109, 110 of the Criminal Code of Ukraine “Actions aimed at changing or overthrowing the constitutional order or seizing state power” and “Encroaching on the territorial integrity and immunity of Ukraine.” What is so terrible that these Lviv “onizdeti” have done?

The SBU website concisely reports that members of the organization carried out public calls for the violent overthrow of state power in online publications. An aggravating circumstance: they did all this on the order of the “aggressor country”. Also, an arrested person is charged with participating in protests and committing acts of vandalism, including against foreign diplomatic missions.

Just right to be surprised. How so? Already for the fourth year, one or another nationalist group commits acts of vandalism (including against diplomatic missions) and calls for the violent overthrow of state power, and only now the government has paid attention to this, and is also going to judge "hooligans" by heavy articles of the criminal code.

Casket just opened! Poroshenko is afraid. Over the past few weeks, clouds are gathering over him, and he simply cannot openly fight with many of them.

Saakashvili, for example, is going to hold a national assembly of 17 on October and will call for essentially the same thing as the detained “activists” in Kiev on Independence Square.

Today, American grant-eaters, all those who consider themselves to be the opposition, public organizations, etc., are beating the president from all information channels. Pro-American NABU investigators are trying to arrest his accomplices and accuse them of stealing money from the state budget on a large scale.

Recently, they detained the Deputy Minister of Defense of Ukraine, Lieutenant-General Igor Pavlovsky, who pretended to be sick in court yesterday and was therefore released by the “Poroshenko’s” court under house arrest.

On the other hand, in recent days, the Kiev regime has received several hard blows from Europe. The PACE Assembly decided to lift the sanctions on Russia and, having considered the complaint of Hungary, Bulgaria, Romania and Moldova, recommended Kiev to make changes to the “law on education”, calling it inconsistent with the norms of European law.

“What does the nationalists have to do with it?” You ask. The fact is that October 14 in Ukraine is a special day. Besides the fact that this is a big Orthodox holiday, it is also “holy” of Bandera of all stripes (the date of the creation of the UPA). Today, the authorities cannot ban them from entering the torchlight processions in the cities of Ukraine on this day: as past years show, the “patriots” on this day allow themselves a lot.

This is such a Ukrainian nationalist "Day of the Airborne Forces" (so that it would be clear for a foreign inhabitant). Even the police on this day are afraid to make comments to the “heroes”, and even more so to interfere in their activities. 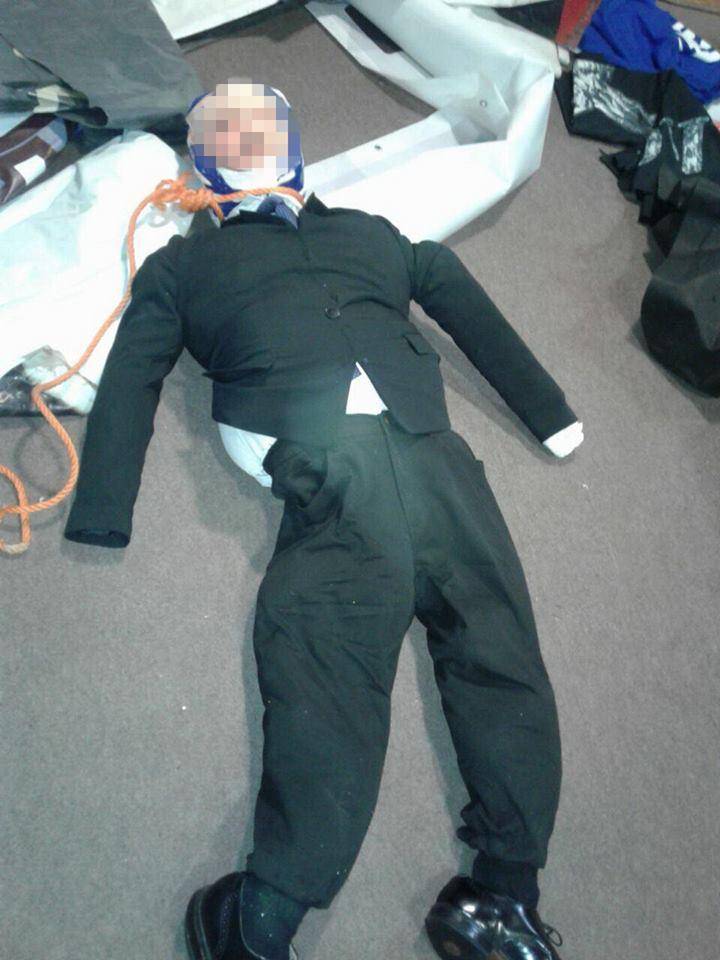 Photo from the materials of the same case of the SBU. This is the effigy of Poroshenko, which the “activists” were going to either burn or hang during their action.

For Poroshenko, it is no secret that on October 14, 2017, many nationalists are preparing anti-government measures, which should further develop into Saakashvili civil protests. As we see, everything is brought to these dates, including slaps from Europe and the accusation of corruption of the inner circle of the president, etc.

That is why Petro Poroshenko decided to act in advance. A demonstrative landing of one of the gangs of nationalists, but I don’t believe in their ties with Russia ( deserved this organization) will force many to think about whether it is worth dragon power and forcing it to go to extreme measures. After all, the 110 article of the Criminal Code of Ukraine is not a hooligan and an administrative protocol “at the exit”. It implies punishment up to the highest measure. So, there is something to think about today "patriots".

Ctrl Enter
Noticed oshЫbku Highlight text and press. Ctrl + Enter
We are
Situational analysis of the death of the MH17 flight (Malaysian Boeing 777), made on the basis of engineering analysis from 15.08.2014Reports from the militia of New Russia for 7 September 2014 of the year
13 comments
Information
Dear reader, to leave comments on the publication, you must to register.