This morally and physically obsolete Su-24 ... 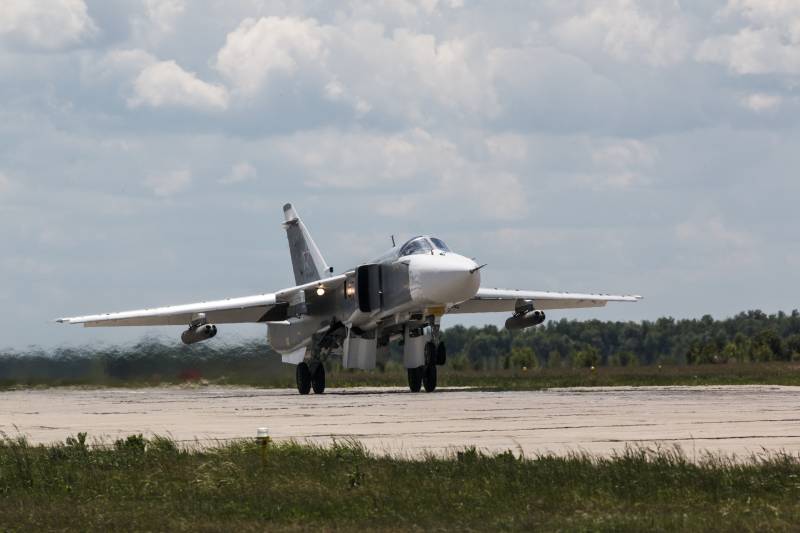 When this material comes out, we will be at the funeral of Yury Kopylov, our countryman who died in Syria. Sad moment about which nothing more to say. But I want to say a few words about the plane, especially since the gentlemen "experts" give us a cloud of reasons for this.

How many angry articles were already on “when this junk is removed”, “the plane is physically and morally obsolete” and stuff like that. Good to write on the case, and so ... They even remembered the "titan fires" that occurred at the very beginning of the flight career of the aircraft and were eliminated when Saturn rebuilt the compressor and Su-24 began to be equipped with modified AL-21F-3 engines, and then AL-21F-ZA and AL-21F-ZAT.

Immediately a series of stories began that the Su-24 is the most emergency aircraft of almost all history Air Force Although, if you believe Magomed Tolboev (and who to believe, if not him), then the most alert was the Su-7B.

But let's turn to statistics. She is a stubborn thing.

From 1973 to today with the participation of the Su-24 there were 87 accidents and disasters, 52 of which killed 90 crew members and 7 people of ground personnel.

The causes of disasters were in 70 cases of equipment failure, in 29 cases of crew errors and 8 cases - other reasons (combat losses, birds).

Before the 1990, equipment failures dominated (from 57 12 cases due to crew fault and 2 for other reasons), after 1990, the number of crew accidents began to increase.

87 accidents and disasters for 44 service years. Is it a lot or a little? Especially when you consider that, taking 1990 for a certain year, then for the first 17 years 57 emergency occurred, and for the next 27 - 30.

October 30 2012 of the year Su-24 crashed 70 km from Chelyabinsk while performing a training flight. The plane blew off the nose cone. Both pilots managed to eject.

10 November 2012 of the year at the airfield Morozovsk in the Rostov region Su-24 when landing rolled out of the runway due to a broken parachute and burnt down. The pilots ejected.

11 February 2015 of the year Su-24 fell into 7 km from the runway of the Marinovka airfield in the Volgograd region. Both pilots died. After that, the Ministry of Defense suspended all Su-24 flights, half a year later, after an investigation and checks, the flights were resumed.

6 July 2015 was a disaster of the Su-24 in the Khabarovsk Territory. Immediately after separation from the runway, the engine failed. The pilots could not be saved.

And so, October 10 2017. Once again a catastrophe, and the crew did not have time to eject. Unfortunately.

Are these numbers enough to conclude that Su-24 is outdated morally and physically? Some experts - completely. But if you count on almost 1 500 aircraft of all modifications, then, as it were, and not very weighty.

It should be noted that the "pure" Su-24 is no longer there. The minimum is Su-24M, the maximum is Su-24М2, which have undergone modernization and are very different from the original version of the bomber. Yes, and their number, let's face it, is small. 140 Su-24М / М2 and 79 Su-24МР is all that is left for today. 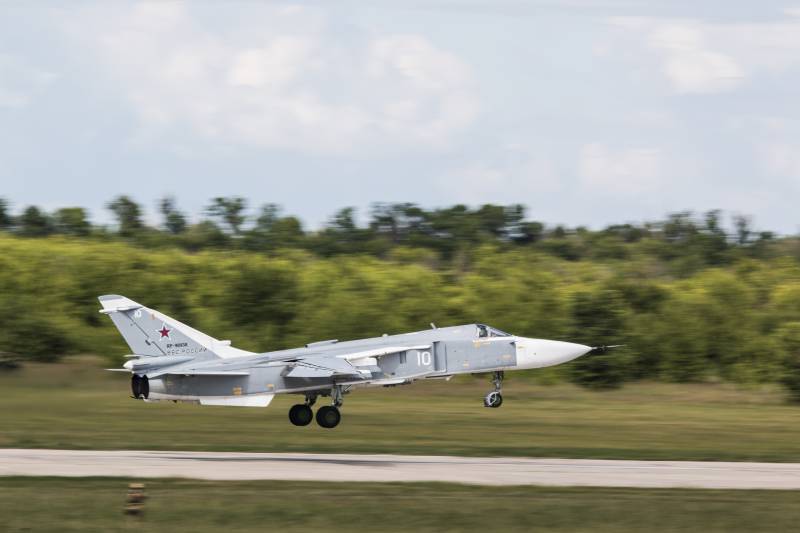 Is the plane physically so outdated? Given the upgrades that are carried out in the factory, with a proper survey of the entire aircraft, I think that we are not talking about glider fatigue.

The same Tu-95 for us and В-52 for “them” are still in service for even more years, and nothing.

We are not talking about the moral side either, especially in the case of the modernization of M2. It’s a normal bomber, capable of doing its job in the absence of countermeasures aviation the enemy. It is proved by Syria.

By the way, about Syria.

It is also worth referring to the numbers. The defense ministry and many media outlets report on strikes. In one of the latest communiqué on actions in the region of Deiz-ez-Zor, 150 was told about strikes against militants by our videoconferencing forces in a day.

Considering that in the air group today there are about 20 attack aircraft (8 Su-34, 12 Su-24М) and about the same number of fighter jets, then in order to strike 150 strikes, each aircraft must make 4 departure.

It is clear that the bomber in terms of efficiency is somewhat superior to the fighter / fighter-bomber. And it is no secret to anyone today that the number of crews in Syria far exceeds the number of aircraft. This is normal; two crews may well make a day on 2 or 3 departure. The alternation allows the pilots to rest before another attack on the terrorists.

Aircraft, as we see, also cope. As well as technical personnel, otherwise we would read news of accidents and catastrophes much more often.

It is obvious that what happened to the Su-24, is the result of the fact that the technology simply did not watch, as they say. That is quite natural in combat conditions and not with the newest aircraft. There is no problem with the Su-34, but the planes are also “fresh”.

I do not condone technical personnel, but I also don’t “hang all the dogs” on the technicians, because, firstly, I don’t know exactly how many technical teams work there, and secondly, the technicians still work. I say that the Su-24 is an aircraft that has shown itself not in one conflict, and shouting that it should be urgently removed from the arsenal is somewhat rash.

140 bombers are 140 combat vehicles, still capable of completing a combat mission. And just take them and saw them, arguing that the Su-34 is better is just nonsense, no matter what the supporters of the case say. 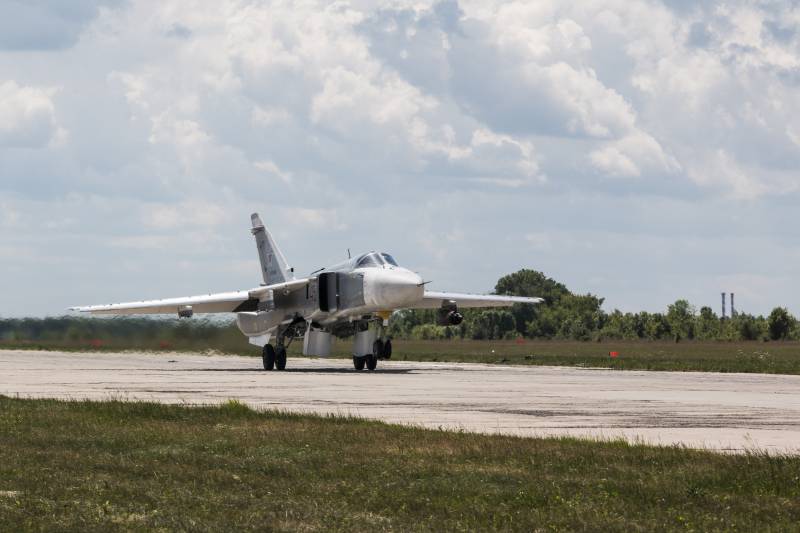 Can we afford this?

In an absolutely peaceful and stable time - completely. But if peacetime, even with some stretch, is the place to be, then we can only dream about stability in our country. Including, concerning the military budget. Abbreviations have a place to be constantly, everyone knows it perfectly.

Another question is really a problem with technical staff. Yes, the aviation technical schools today, if they do not survive a boom, then at least a competition has appeared. But the “hole” punched in the 90-x and the beginning of the 2000-x is still patched and patched.

That is exactly what the people who are responsible for this question told me at the Zhukovsky and Gagarin Academy.

There is a huge shortage of engineers in the VKS, it is a fact. At the academy, they are trying to reduce this deficiency. It seems to be working, but not as fast as we would like. A diploma from a commercial college with the prospect of sitting in an office at a computer is still preferable to an aerodrome blown by all winds and the prospect of testing an engine and bomb suspension in thirty degrees of frost. Alas.

If we talk about today's problem, this is a problem that must be solved. Do not write off jets that can serve another ten years or more, but prepare personnel capable of making planes fly without a crash. 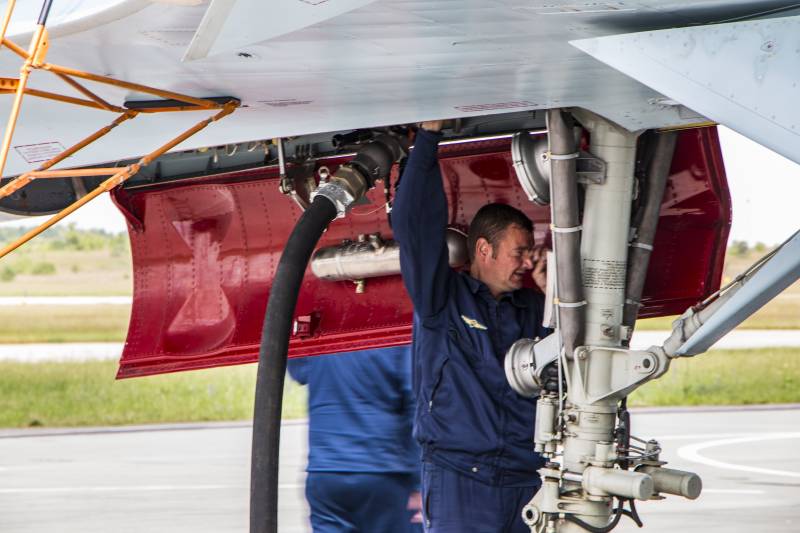 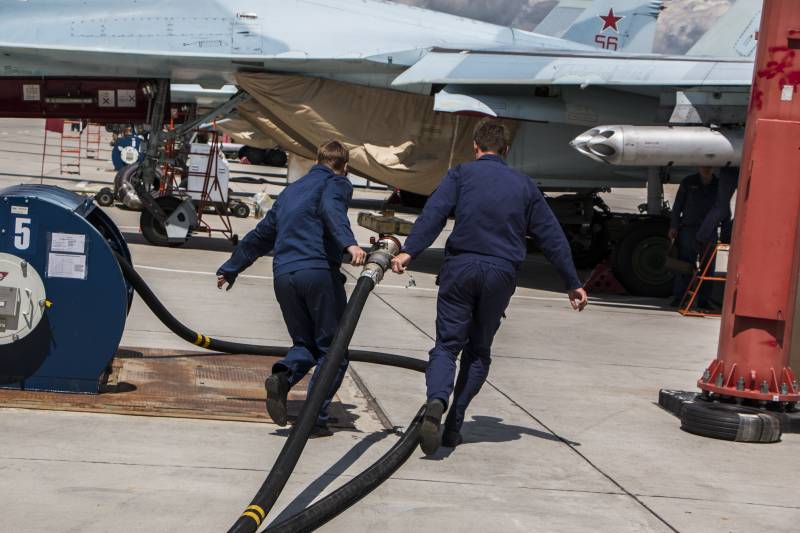 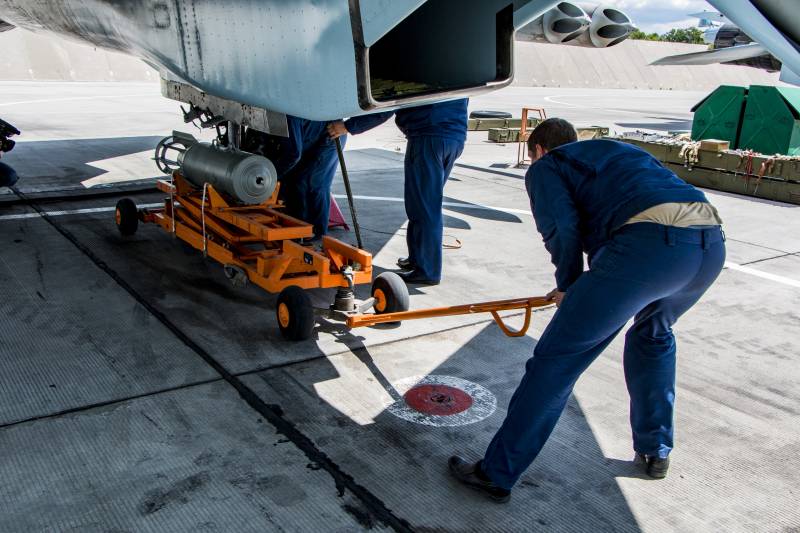 What is the use of modern Su-34, Su-35, Su-57, if there is not enough for them those who will make sure that the planes fly and fly as they should? No matter how up-to-date aircraft of the fifth, sixth, eighth generation be stuffed with ultra-modern electronics, without knowing and knowing how to properly apply their knowledge of engineers, this will not be military equipment.

With competent technical staff and Su-24 will be awesome for a long time weapons. Without - any aircraft will become a problem for the pilot.

Not about the moral or physical fatigue of the Su-24 today need to think, but about those who can do so that the aircraft did not get tired.

Ctrl Enter
Noticed a mistake Highlight text and press. Ctrl + Enter
We are
MiG-23B - strike bomberAn-12 in Afghanistan
189 comments
Information
Dear reader, to leave comments on the publication, you must to register.