The people, but not the one 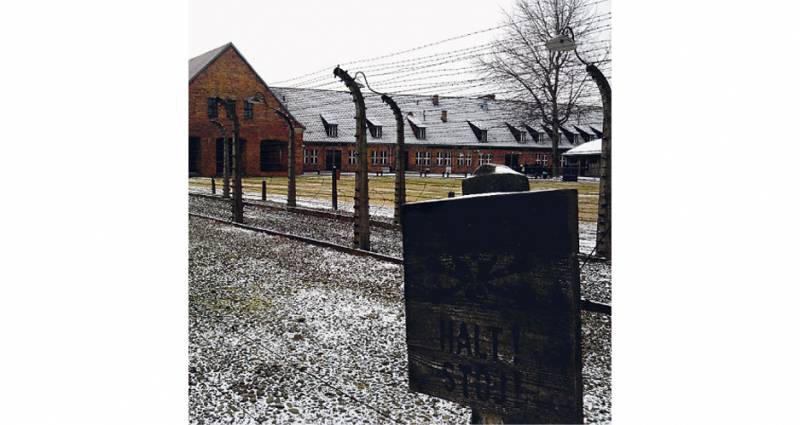 70 years ago, in the middle of October, 1947, the deportation of Italians from Albania, Greece (including from the former Italian South Dogecanese islands of South Yega), Yugoslav Bosnia-Herzegovina and Montenegro ended in the same year. In total, over 60 thousands of people were evicted. These and many other facts of this kind remain outside international legal assessments. But the campaigns about the “Soviet deportations” are becoming increasingly unbridled.

In October-November 1935, due to the aggression of Italy against Ethiopia, thousands of Ethiopians were deported from neighboring Somalia and Eritrea - colonies belonging to Rome. Up to a third of them were sent to desert areas. The deportations of the indigenous population, especially from the Ethiopian capital Addis Ababa, took place during the Italian occupation (1936 – 1941 years). March - May 1938: the sweep of Austria, seized by Germany, from the Slavs. Slovaks and Czechs, Slovenes and Croats are evicted from the country. September - November 1938 of the year: Czechs are deported from the Sudetents occupied by the Third Reich, part of them straight to the Nazi camps. The territory is quickly settled by the Germans from neighboring regions of Germany, as well as from the already annexed Austria. In 1945 – 1947, a response operation occurs. The entire German population (about 400 thousand people) is deported from the liberated region to Germany and Austria. The same is true in the same years in Silesia and Pomerania, these German regions were transferred to Poland after the Second World War. The new masters of both lands did everything so that even the Prussian spirit did not remain. Even on the eve of the arrival of the Red Army, the Germans (there were half a million in Silesia and Pomerania) began to leave to the west, as they were massively subjected to violence. Whole Polish villages specialized in looting from the Red Army. The Ministry of Public Administration of Poland issued the “Memorandum on the legal status of the Germans in the republic”. The document provided for the introduction of special dressings for them, restriction of freedom of movement, a ban on unauthorized relocation of work and work, the introduction of special identity cards and work books. All these regulations were accompanied by severe sanctions, including imprisonment. As it appears from the report of the UK foreign ministry, the concentration camps were not eliminated, but passed under the control of the new owners. Most often they were led by the Polish police. In Sventokhlovice (Upper Silesia), those prisoners who had not yet died from starvation or were not beaten to death were forced to stand neck and neck in the water until night before dying. From the memoirs of the prisoner of the Zgoda concentration camp: “There was absolutely no difference between what the prisoners who went to captivity and torture survived under the sign of the“ dead head ”of the SS or under the sign of the Polish eagle. Everyone who survived crashed into the memory of sleepless nights with their unforgettable horrors. ”

In the Czech Republic, the Germans made up over a quarter of the population — over three million people. In 1946, all their property was confiscated in accordance with the decrees of President Edward Benes, and they themselves were expelled from the country. According to various sources, the death toll from the deportation ranged from 30 thousand (according to the Czech side) to a quarter of a million (calculations of the Sudeten Germans Terrorism).

March-April 1939 of the year: from Klaipeda region, annexed by Germany, deported to 40 thousands of Lithuanians. The Germans from East Prussia actively moved into the liberated lands. In mid-October - early December 1939, when the Red Army returned to Lithuania the Vilna region, which was under Polish occupation from 1919 to 1939 a year, almost half of its indigenous population was undesirable for the new government. Around 80, thousands of Poles were evicted to neighboring Suwalkia occupied by Germany or expelled to the USSR. According to the historian and ethnographer Cheslovas Laurinavičius, the Lithuanian authorities “made sure that they did not speak Polish in Vilnius. Those who did not own Lithuanian, were dismissed from their jobs. The cruelty was manifested in the expulsion from the region not only of the military Poles of refugees ... Those who could not receive or did not receive Lithuanian citizenship were also subject to eviction. The rules for providing it at the end of 1939 were complex and uncertain. ”

The deportations of the Hungarians and Germans from Transylvania, transferred to Romania in 1946, and the Germans and Austrians from Hungary in the post-war period, are now forgotten.

In 1946 – 1949, the mass terror of the Jewish nationalist organizations Irgun Zwei Leumi and Hagan against the British in Israel and Palestine (the British protectorate until the end of 1947) forced 60 of the thousands of citizens who remained there to queen to hastily leave the region.

The deportations in 1974 – 1975 of the Greek Cypriots and the terror unleashed against them are indicative. Recall: in late July - early August 1974, Turkey occupied the north and north-east of Cyprus, responding to an attempt to annex it to Greece. But the West, which provoked Athens to this action, in the outbreak of the conflict took the side of Ankara ...

And what about the genocide of the Serbs in combination with their deportations in Kosovo, Croatia, Bosnia-Herzegovina? The reaction of the European Union, the United States and the United Nations - the hidden complicity, at best, encouraging silence.

These are just some examples of the segregation of nations and minorities by European zealots of rights and freedoms. Moreover, such facts, we repeat, to this day have not received any moral, nor even less legal assessment.

Ctrl Enter
Noticed oshЫbku Highlight text and press. Ctrl + Enter
We are
Russian-Ethiopian pilot, or As the son of the royal lieutenant created the Air Force of EthiopiaWar of the Air in the Horn of Africa
6 comments
Information
Dear reader, to leave comments on the publication, you must to register.