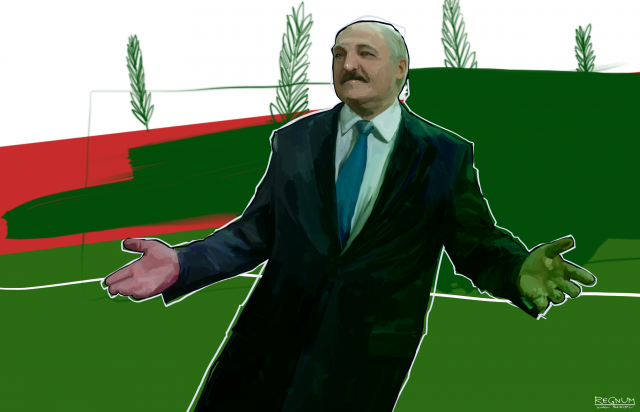 October 9 the meeting of the President of Belarus Alexander Lukashenko and the Minister of Defense of Azerbaijan Zakir Hasanov was held. The parties discussed the possibilities of further development of military-technical cooperation (MTC) between the countries. The Belarusian leader noted separately that he was not going to “justify himself to anyone” for the supply of arms to Baku (obviously, we are talking about an ally in the CSTO block - Armenia), since this is not prohibited by any international treaties and sanctions. What is the level of military-technical cooperation between countries, what are its prospects and what does it lead to in the framework of the region and the CSTO military bloc?

The real military-technical cooperation (MTC) between Azerbaijan and Belarus began in 2005, when Baku received the first Tanks T-72. Since then, Minsk has sent at least 153 T-72 tanks, 9 2 mm Pion self-propelled artillery guns of 7 mm caliber, 203 30 mm towed D-20 howitzers, 152 Su-11 attack aircraft, two Buk anti-aircraft missile systems to the Transcaucasian country. -MB ”, as well as anti-tank missile systems“ Skif ”of Ukrainian-Belarusian production (OJSC“ Peleng ”supplies a guidance system). Most of the equipment was Soviet-made and delivered from storage, with the exception of the Scythians and the Bukov, which were modernized by the joint efforts of Minsk and Kiev. The deal with Buk-MB turned out to be not so smooth - a lot of marriage was revealed in Ukrainian components, which was eliminated after the air defense system was adopted by the Azerbaijani army. The financial details of these transactions are unknown.

In addition to military-technical cooperation, Ilham Aliyev periodically “helps out” Alexander Lukashenko with loans, for example, this happened in 2010, when $ 200-million Azerbaijani loan went to pay off Minsk’s debts to Gazprom.

As for the military-technical cooperation of Armenia and Belarus, it was sporadic and very small - in 2007, Yerevan received 10 122-mm towed guns D-30. 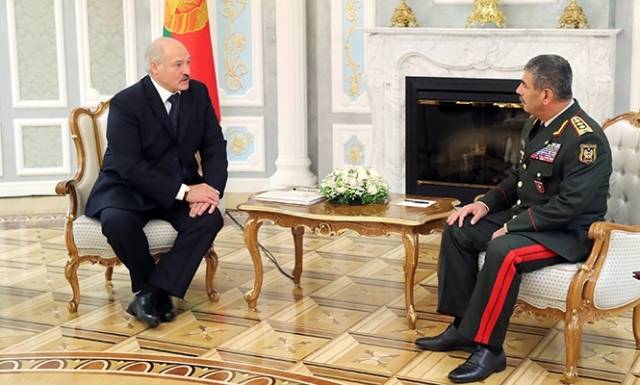 In 2016, Armenia demonstrated a number of modern Russian armaments as part of its armed forces, including the Iskander-E operational tactical missile systems.

Immediately after that, and still in Azerbaijan, they are trying to find an answer to this supply - there were rumors in the media about Pakistani ballistic missiles and about Israeli. But the closest to reality is the purchase of heavy multiple launch rocket systems (MLRS) "Polonaise". Despite the fact that this system is positioned by Minsk as an in-house development, de facto it is the Chinese MLRS A-200 installed on the MZKT-7930 chassis produced by the Minsk Wheel Tractor Plant.

According to the official tactical and technical characteristics, the system is capable of firing at a distance of up to 200 km with a circular probable deviation of 50 meters. It is difficult to say how accurate this accuracy is in reality. Compared with the "Iskander" range and accuracy, of course, lower, but the cost of missiles is also less. But one should not forget the fact that the Armenian Iskander-E is a deterrent factor - even if the enemy has what to answer, this does not exclude the destruction of the hydroelectric station (not the dam) in Mingechaur and the oil terminal in Baku. 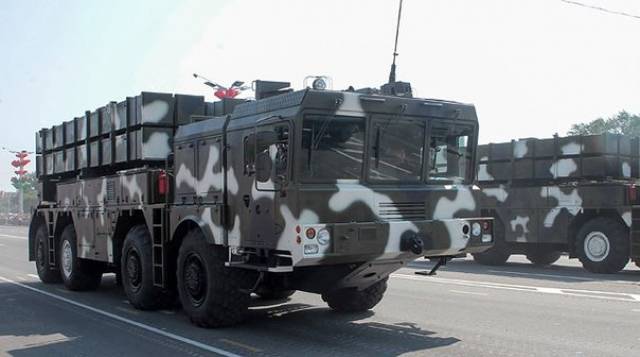 As is known, Armenia and Belarus, unlike Azerbaijan, are members of the Collective Security Treaty Organization (CSTO) - the military bloc, of which Russia is the real leader. In contrast to the North Atlantic Alliance, there are no common areas of work in the CSTO, and only Russia has a real relationship with all members of the bloc, while the other participants have very few common interests, and the level of cooperation between For example, Armenia and Tajikistan are very insignificant. For the same Belarus and Kazakhstan, relations with Azerbaijan are much higher priority than with Armenia, despite the fact that the countries are formally allies. By supplying arms to the direct enemy of Armenia, Minsk further undermines the CSTO and makes the bloc meaningless. True, we should not forget that in recent years Russia has also supplied a huge amount of offensive weapons to Azerbaijan, which leads to the same consequences as the actions of Belarus (which, focusing on the actions of Moscow, supply weapons to Baku without any fear). In fact, to date, the CSTO is held only at the expense of preferential terms for military-technical cooperation with Russia - as a military bloc, this organization practically does not exist.

Ctrl Enter
Noticed a mistake Highlight text and press. Ctrl + Enter
We are
A great interview with Sergey Lavrov: about Ukraine, Obama and IranWhat you didn't want to know about England
47 comments
Information
Dear reader, to leave comments on the publication, you must to register.