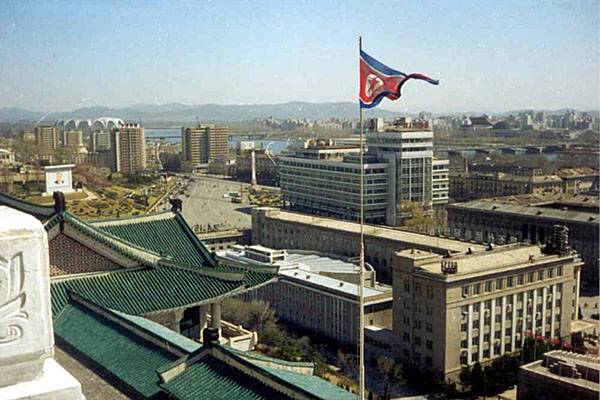 We bring to your attention a fragment from the new book of the Director of the Center for Geopolitical Examinations, a member of the Izborsk club, Valery Korovin "Geopolitics and a Premonition of War. Strike on Russia", published by Peter.

All is not lost for Russia in the Far East. North Korea can still become our ally, as an avant-garde project, inspired by the Soviet Stalinism of our strong foreign policy. After the death of Kim Jong-il in the West, they talked about the possibility of uniting the two Koreas who have been in different worlds over the past decades. And, of course, they should unite on the terms of the West - after all, this is the “civilization” - from which it automatically follows that such a unification will take place rather painfully for the DPRK.

Stalinism in a single country

Kim Jong Il was the real guarantor of North Korean statehood, and it was thanks to his figure that social experiment that began in the middle of the last century, and lasted for so long. Moreover, he even survived the state, which, in fact, was the source of its formation, as well as an example for its development. This, of course, is about the Soviet Union, but here it should not be borne in mind the entire epoch of the Soviet state, namely, its quintessence - the Stalin period, which lasted from the middle of the 1920-s to the beginning of the 1950-s.

The North Korean regime, in terms of both social and ideological and domestic policy, is the last stronghold of Stalinism. It was the Stalinist version of "socialism in a single country." North Korea, therefore, is a reserve of socialism, the latter in its Stalinist, national-Bolshevik interpretation. Of course, the main source of subsistence for North Korea was the Soviet state, with the collapse of which North Korea itself, having lost resources for support, began to slowly fade away. And, as it seemed to many, the end of the North Korean state was inevitable - the question was only when it would happen. We can say that the North Korean Stalinist project, in the form in which it was originally created, and so there is an incredibly long time. With his extravagant idea of ​​Juche, proclaimed in 1955 year by Kim Il Sung, according to which all issues of the internal life of the country should be resolved from the standpoint of independence, based on his own strength, with his heroic opposition to the whole world. This project, of course, corresponded to its historical period.

With the end of the Soviet Union, Russia forgot about North Korea, ceasing to consider it an ally, and this became a serious geopolitical mistake. The fact is that North Korea arose when dividing the spheres of influence in the region during the bipolar world. The DPRK is the bridgehead on which the Eurasian, continental geopolitics has consolidated. This is a kind of barren line, beyond which the atlantist expansion into the Eurasian continent has not advanced. The Atlantis got South Korea, where they created their civilized bridgehead. North Korea, on the other hand, remained a zone of strategic influence of Eurasia - somewhat frozen, in a state of abandoned geopolitical asset, which was paid attention to by the residual principle. But, nevertheless, it was our strategic territory, and Russia still has the opportunity to return there. Although today Russia is facing a real threat of losing this fragment of the Eurasian space on the Korean Peninsula, and accordingly, before the threat of advancing Atlantic and, above all, American interests even further into the Eurasian continent. American control, therefore, can come close to our borders. And if it were not for the assistance of nominally socialist China with respect to the DPRK, this would have happened long ago.

The fate of this fragment of the Eurasian space is now being decided: whether it will remain, at a minimum, a buffer zone between Atlanticism and Eurasian geopolitics, or will it be completely absorbed by American influence, and the “anaconda ring” will shrink around Russia even more closely. Russia still has the opportunity to fight for North Korea, still has a chance on some residual resources of political influence to quickly enter there and keep this state under its control. The final loss of North Korea will be a significant geopolitical loss for us. The so-called North Korean nuclear threat as a guarantee of sovereignty is still difficult to take seriously.

Today, North Korea is increasingly difficult to remain as an independent entity, especially in the form in which it has existed over the past decades. Without external support, the current regime has all chances to end its existence, because, firstly, it is exhausted, secondly, it has been eroded by a constant external influence, and besides, it has very few internal forces that could be supported . For some time he will still be able to hold out due to the inertia and support of China, but still it will be extinction. Cessation of the existence of this regime will be a serious tragedy for the North Korean people, and, of course, the population of North Korea today will experience serious social transformations, as a result of which it will have to go through catastrophic changes. This situation can be compared with the unification of Germany after the fall of the Berlin Wall, when at first a huge part of the population of East Germany gushed into the western part opened for them, which provoked a serious social and demographic imbalance. With the cessation of the existence of the North Korean state as a political subject, an integral social space, those events that will start to occur in North Korean society will provoke a serious overflow of the population from north to south.

The United States is claiming that this union takes place under American patronage, with the imposition of Western ideological models that have been established in South Korea today. What will cause serious social transformations, depression, possibly - the increase in the number of suicides, the emergence of monstrous perversions or some other very terrible things that inevitably arise under the influence of the Western mass culture on the unprepared, fragile consciousness of the inhabitants of North Korea morality. It is possible to prevent the North Korean disaster only if Russia promptly joins in this situation, provides resource, political, military, diplomatic support, thereby retaining military and strategic control over this space. That Russia is also extremely profitable.

Nuclear sovereignty or the Eurasian bloc?

[...] Of course, we should not have abandoned North Korea in the state in which we left it at the time of the collapse of the Soviet Union.

Realizing our mistake today, we are simply obliged to help the North Korean regime, which is guarding our security in the region, almost single-handedly fighting off the American hegemon in the Far East, who smirks behind South Korean puppet politicians. Russia needs to support the North Korean state with all its own forces, and, ultimately, place our military base there. At least, because through North Korea we get access to the East China Sea, to the Yellow Sea, and this is already a sufficient basis, even if we think only pragmatically, an action that meets Russia's strategic interests.

North Korea may well again become our outpost in Southeast Asia, we have shed a lot of blood for it. So, we have the full moral right to return this once abandoned state to the bosom of the Eurasian bloc. For the time being, Russia is only recovering itself, slowly returning to where it was rapidly retreating from at the end of the last century, only the presence of a nuclear weapons enables North Korea to remain extravagant, but still a sovereign museum of Stalinism in the victorious postmodern world. We will return everything back, including North Korea. 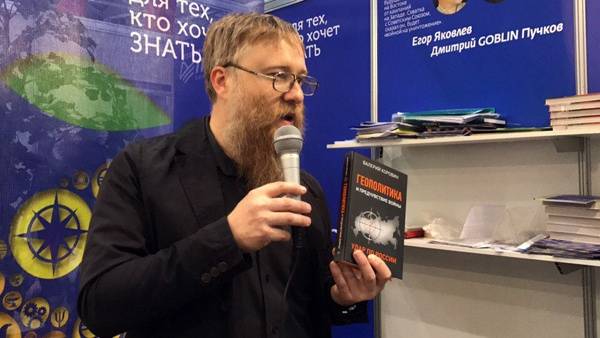 Ctrl Enter
Noticed oshЫbku Highlight text and press. Ctrl + Enter
We are
On the other side of the “red” and “white”. Izborsk Club ReportKim Jong-un - a new mystery of North Korea
Military Reviewin Yandex News
Military Reviewin Google News
36 comments
Information
Dear reader, to leave comments on the publication, you must to register.