If Bandera starts a war ...

October 14 2017
200
We are all thinking, will the Bandera regime resume the war in the Donbass, or not? Or will Russia immediately declare war? Will an open Nazi dictatorship be established in Kiev, or will the hidden fig leaf remain, at the request of Europe, or will the walking-field spill?


But all this is not the main thing, already ... If we ignore the chronicles of current events, and look at what is happening in terms of the created potentials, as German Chancellor Bismarck said, and Vladimir Putin once recalled, the situation on Russia's borders is worsening, the risk of attacking Russia Western "partners" is increasing.

NATO reconnaissance planes “registered” on our borders, anti-Russian hysteria in Europe and America ideologically justifies a “preemptive instant strike”, an arms race is breaking records, a hybrid war continues to flare up, and has already spread to sports, culture, diplomatic missions that are becoming new hybrid sites of war. The United States adopts a record military budget in peacetime ...

But Russia is still waiting for common sense to prevail in the West, and our media therefore try not to escalate, and in Ukraine too: after Europe, we officially do not see the Nazis there ...

In 1941, the Soviet propaganda “donenagnutsya” to the point that it formed the myth that German workers and peasants would not fight with the Soviet, but would fraternize with them at the front, almost turned weapon against Hitler. We had to pay for this myth with sweat in blood, while our political directors began to see clearly with surprise: there are no workers and peasants on the front, but there are soldiers pumped up with ideology.

Something similar is happening today: we are told how many sensible people in the West are, and there is no need to complicate their situation. We need to help them. They assisted and explained: PT and Sputnik are stupidly closing in the USA. The ideological machine in the United States and Europe continues to gain anti-Russian momentum. Recall, this machine has earned long before the American Bandera coup in Kiev, to the Crimea and the Donbass, immediately after Putin’s Munich speech in 2007 about the independent policy of Russia. And led to Bandera in Kiev, Crimea and Donbass. This machine continues to work, so Russia should expect new attacks, and not rely on Western pacifists and the triumph of common sense.

It is time to recognize that on the most important, western border of Russia, the Nazi Bandera dictatorship is being created, and it is being created by the collective West quite consciously. The Nazi regime is being created both in form and in essence, and in terms of its roots: it does not hide its Hitler collaboration heroes: neither Bandera, nor Shukhevych from the UPA, nor the SS division “Galicia”. The anti-fascist Donbass and the Russian Crimea, the West demands to surrender their Nazis to power, and declare them “democrats”. And Russia announced the sanctions.

Russia, however, was fixated on the Minsk agreements: they stopped the war. Yes, they stopped it, but “Minsk” is not being fulfilled either by Bandera, or Berlin, or Paris, or Washington, what is the point then for Russia to strictly adhere to it? The war is on the Minsk guard, and can resume at any moment. Not only with Bandera, but also with Western sponsors of Bandera.

Here our friends of the West scream: Russia is a nuclear power, they will not dare to attack us! That is one hope - for a nuclear weapon, then why all our curtsies towards the West? If only our nuclear weapons separate us from the war with the West, then it is logical to treat the West as an enemy, openly and unequivocally, as it treats us. Then, perhaps, common sense will prevail in the West, even if the approaches to our borders of reconnaissance planes stop, or not only reconnaissance planes? Weapons are constantly being improved ...

In the former Ukraine, the West created a Nazi abscess that matures and poisons everything around. One day he will be revealed anyway, but we are all afraid to say out loud about his genesis. When this abscess opens, it will be too late to explain what it is, and there will be no time for that. If only Bandera tseevropa is not part of the plan of attack throughout Europe and the United States against Russia, then it will be treated until the moment "X".

We are not talking about the main thing today: the West is responsible for the new "democratic Bandera fascism," after Hitler. Bandera not only violate the rights of the Russian-speaking population, and all dissidents in Ukraine, they kill them, burn them, imprison them, intimidate them, as they did under the Nazis. And Russia is discussing the "values ​​of democracy" and the "Minsk process" with the creators of this regime! 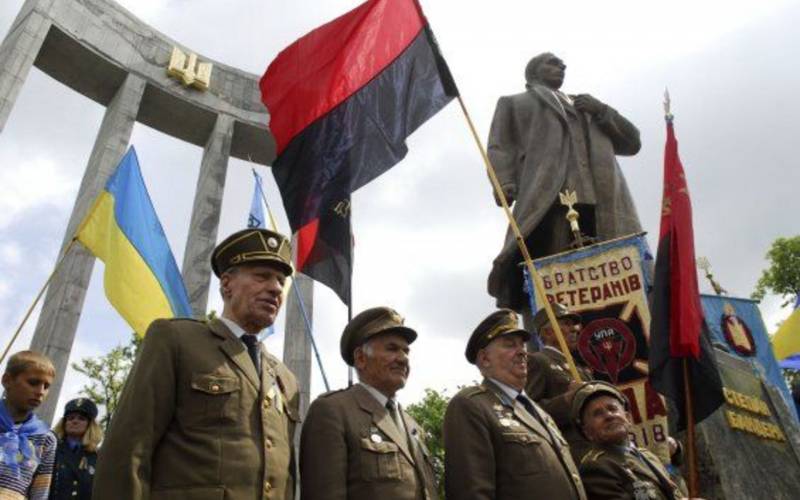 They say: tell me who your friend is, and I will tell you who you are. The friends of America and Europe are Bandera Nazis in Kiev, which means that the West is becoming Nazi. Vadim Karasev, a Kiev-based political analyst who registered on our channels, once said live: “I’m sure, my friend is a fascist!” They laughed at the studio ... What are we laughing at? We have discussions with the "friends of the Nazis," like Karasev, and then we are surprised that they are so insane? Soon we will start to discuss with open fascists?

This is how our anti-fascist values ​​are being eroded on the sly, in “diplomatic” conversations with “fascist friends”. This is how our Russian values ​​dissolve in the utter demagogy of the “fascist friends” “about the annexation of the Crimea” and the “occupation of Donbass” on our channels. Our high minds explain to the fascists and their friends that the Minsk agreements need to be fulfilled, they seek recognition that they will no longer burn people, as in Odessa ... And they smirk to themselves: “we will hang up later”. By the way, the “hanger” Filatov today is the mayor of the former Dnepropetrovsk, a respected person in Central Europe, is not at all marginal, unlike Oles Buzin.

Russia continues to cling to Minsk when everyone kicks it. Formally, probably, you need to hold on to “Minsk”, as Europe does, however, you need to call things by their own names, otherwise we will lose our respect for ourselves. It’s time to see the Bandera Avenue in Kiev, and say what its discoverers deserve, because Poland is more protesting against the perpetuation of this Nazi than Russia.