October 12 2017
10
Pacific Ship Squad fleet arrived today on a visit to the port of Moire (Brunei), where Russian sailors are waiting for a meeting with the country's military leadership and diplomats, reports TASS message from the representative of the Pacific Fleet Nicholas Resurrection. 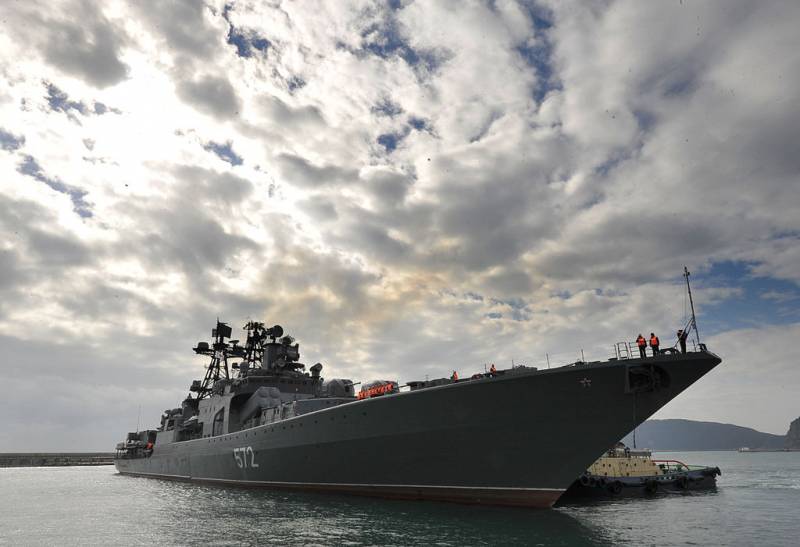 Today, as part of the program for the development of military cooperation, a detachment of ships of the Pacific Fleet consisting of large anti-submarine ships Admiral Vinogradov and Admiral Panteleyev, as well as a large sea tanker Boris Butoma arrived in the port of Muara (Brunei)
said Resurrection.

According to him, "during the stay of Russian ships in Muar, they are scheduled to be visited by representatives of the top military and political leadership of Brunei, the diplomatic corps of foreign states, residents and guests of the city."

Also, Russian soldiers are waiting for competitions with Brunei sailors on football, bus tours in historical places of the city of Bandar Seri Begawan, a visit to the local museum of art.

The visit will last until October 17.

Ctrl Enter
Noticed oshЫbku Highlight text and press. Ctrl + Enter
We are
A detachment of ships of the Pacific Fleet arrived in the Japanese port of MaizuruPacific Fleet ships completed participation in anti-piracy mission
Military Reviewin Yandex News
Military Reviewin Google News
10 comments
Information
Dear reader, to leave comments on the publication, you must to register.