In the suburb of Donetsk, Ukrainian BTR rammed the OSCE motorcade

October 12 2017
36
The cortege of the Deputy Special Monitoring Monitoring Mission of the OSCE in Ukraine, Alexander Hug, ran into an armored personnel carrier of the security forces in the area of ​​Kiev-controlled Avdiivka. This was stated in the representative office of the self-proclaimed Donetsk People's Republic (DPR) in the Joint Control and Coordination Center (JSCC) of the cease-fire regime. 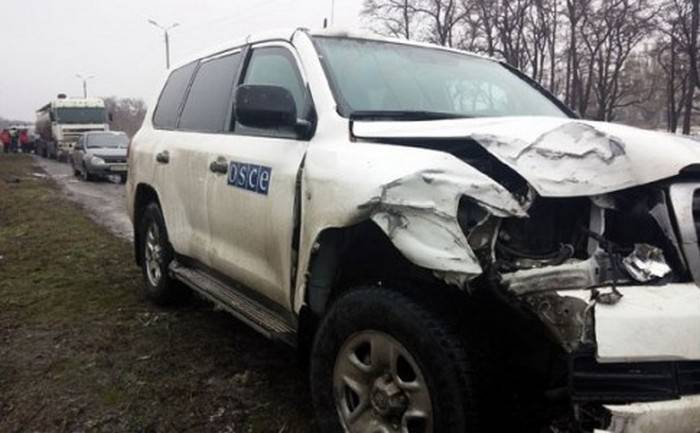 On October XNUMX, the motorcade of the first deputy head of the OSCE SMM Alexander Khug got into an accident <…> in the village of Orlovka (near Avdiivka). As a result of the accident, there were no casualties, the observers continued their route
- Reported to the representative of the DNI in the JCCC.

Hug is located in Donbass and today plans to visit with inspection the area of ​​the industrial zone near the militia-controlled Yasinovaty and Petrovsky district of Donetsk.

According to the headquarters of the military operation, the deputy head of the mission has already discussed with representatives of Ukraine in the JCCC a possibility of breeding forces in the area of ​​the Stanitsa Lugansk on October 18. He expressed willingness to provide maximum assistance in this process, reports RIA News

Ctrl Enter
Noticed a mistake Highlight text and press. Ctrl + Enter
We are
Weekly summary (30 January-5 February) on the military and social situation in the DPR from the military officer "Mag"Reports from the militia of New Russia for 13-14 September 2014 of the year
36 comments
Information
Dear reader, to leave comments on the publication, you must to register.