The machine gun M2 Browning is one of the “long-livers” in the world of small weapons. The model was developed in 1932 on the basis of Browning M1921 and since 1933 has been in service with the American army. M2 Browning caliber .50 BMG (12,7 × 99 mm NATO) has an aimed range 1830 m and is designed to defeat manpower and lightly armored vehicles. Since its inception, more than 3 million units have been produced. 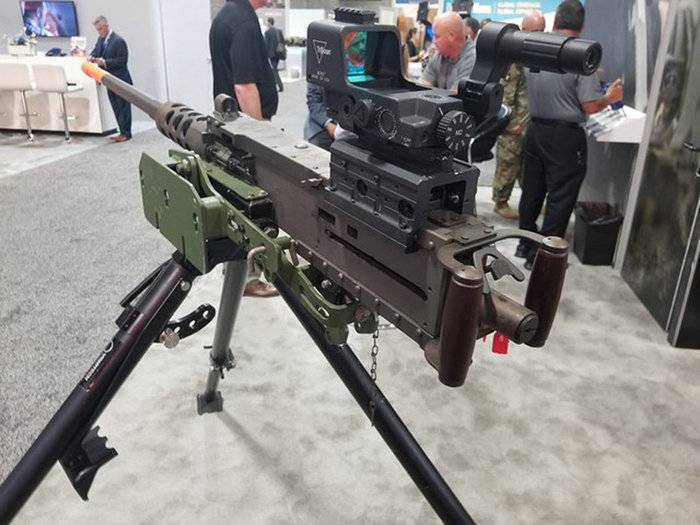 Despite the mass character and long service of this machine gun, no serial models of "optics" were developed for it. Enthusiasts have adapted various non-standard sights for M2 Browning, but it has not gone further experiments. Last year, BAE Systems began developing the FWS-CS system, consisting of a gun sight and a helmet-mounted display, but it has not yet been adopted.

The sight from Trijicon is an enlarged version of the traditional open collimator, which is additionally equipped with a rotating optical module (gives a threefold increase). The developers called their creation Machine Gun Reflex Sight or MGRS. The cost of one such sight is about $ 4500, in a modification with a night vision system - $ 5000.
The Trijicon company indicates that the American army has already become interested in their development. In addition, the military attracted compatibility MGRS with machine guns M240, also in service with the US Army, reports "Warspot"