Forge frames. Part of 2. "Elegant Bolly" and his comrades

October 18 2017
9
Another famous Varangian Guardsman, Bolly Bollason (born near 1006). He was Icelander, and also as Harald reached the rank of manglabit. After returning home, because of his brilliant equipment, he became known as the “elegant Bolly”, becoming a character in several sagas. Like Harald, he returned home to a rich man.


Bolly suffered a heavy childhood, saw the death of loved ones. Having joined 18 for years in the struggle for the inheritance, Bolly and his brother were at the court of the Norwegian king Olaf II, drawing attention to themselves with excellent armament and excellent equipment. After a visit to Denmark, Bollason found himself in Constantinople - and then, for a long time, faithfully and faithfully served the Byzantine Empire in the ranks of Varangi. In battle, Bolly was always in the forefront, receiving a number of awards from Emperor Roman III. The sagas call Bolly "the most courageous in all matters worthy of a man." 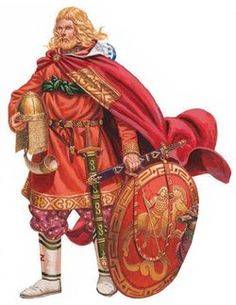 Bollason and his 12 warriors had already received general attention at the time of their arrival in Constantinople — they were wearing all aloe and had red shields. Bollason stood out with a gilded helmet, a luxurious belt, a sword with a golden hilt and a scarlet cloak. 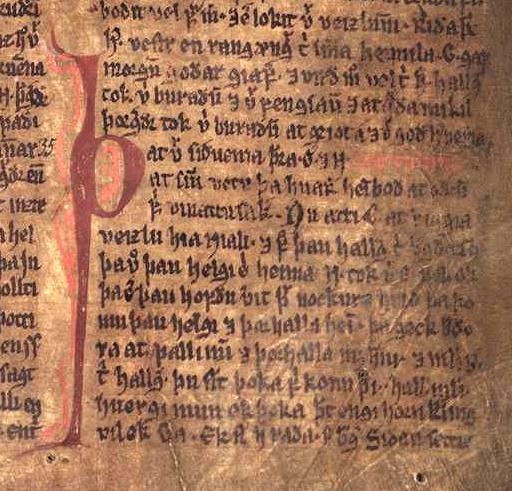 5. pages of the Bolly Bollason saga.

Bolli Bollason, a representative of the Scandinavian contingent of Varangi, died during the reign of King Harald III Hardrada, his colleague in the Varangian Guard.

Edgar II was also a Varangian guard (1051 - c. 1126), the last Anglo-Saxon king from the house of Wessex - a representative of Anglo-Varanga. Being proclaimed (not crowned) by the English king during the Norman conquest of England, Edgar was a member of the Anglo-Saxon resistance to William the Conqueror. Around 1098, Edgar went to the East - on a pilgrimage. Staying in Constantinople, he joined the Varangian Guard, having served in it for a long time. Emperor Alexei Komnin soon even handed him command fleet, instructing to protect the Crusader allies from attacks from the sea and conduct reconnaissance of Antioch. It is not known how long Edgar and his soldiers served the empire - they returned to Europe in about 1106. 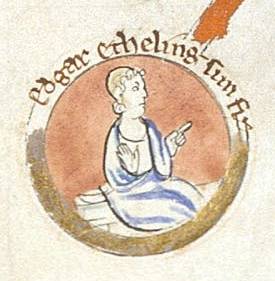 Harald, Bolley and Edgar are the "stars" of Varangi. But sagas, runic stones and other sources allow you to hear the names of other Varangians who served the empire. 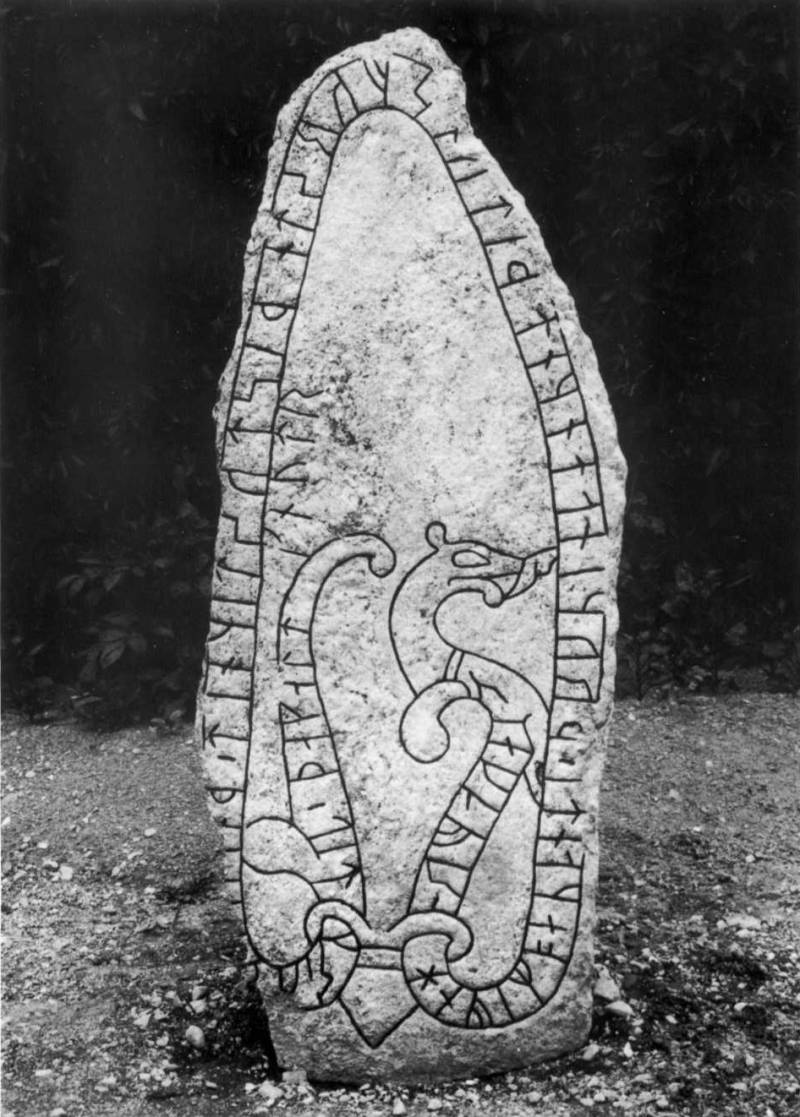 Goodlog Lazy (his stone is dated to 1050-1080) died in the “Land of the Lombards”. [Edberg R., Mattias E., Vanehem M. Runriket - en handledning. Stockholms, 2007. S. 28]. The empire led during this period, fierce fighting in Italy - against Muslims and Normans. In the battle of Bari in 1071, the Varangian guardsmen were active. The life of the Scandinavian stopped at about this time.

Yarlabank "died in Greece" - as the inscription on his stone says. 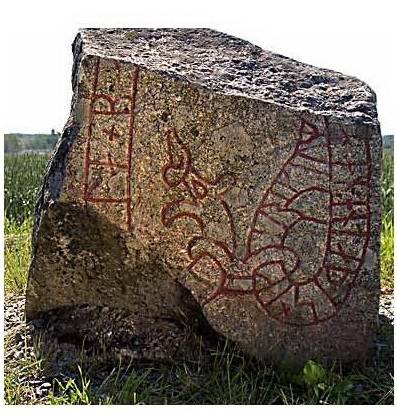 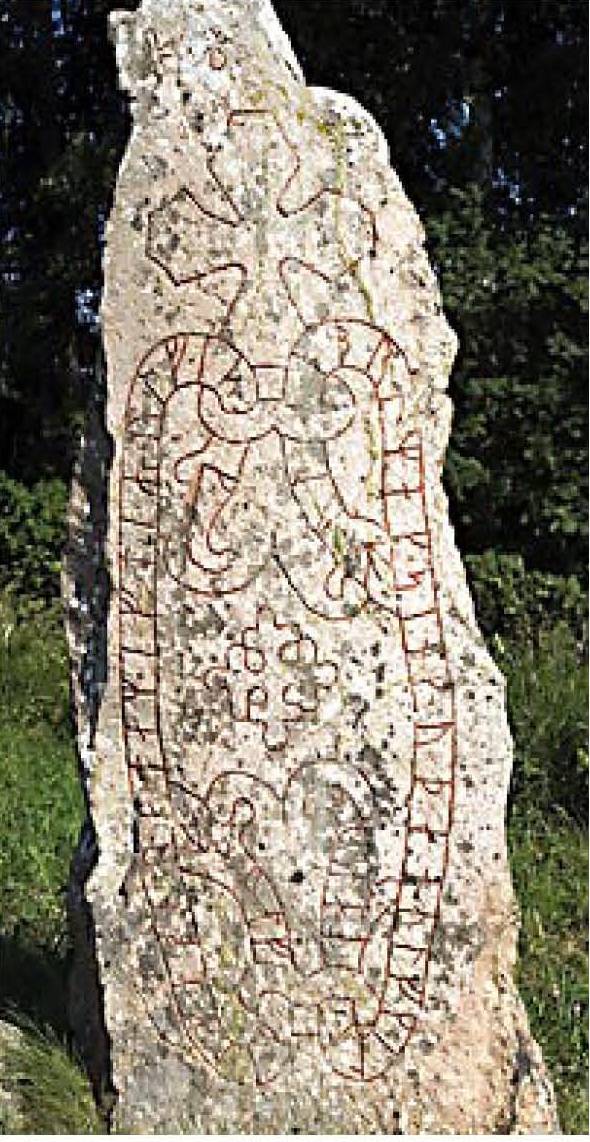 A truly unique monument of the stay of the Vikings in Byzantium - the inscriptions on the Pirean lion. They are of average Swedish origin and are elegantly ornamented and non-traditional in content. One inscription, noting that the Varangians participated in the suppression of the uprising (probably Peter Delyan), names the names of Ulf, Gakon, Yern, Asmund, and “Harald the High”, noting that they bestowed tribute to the Athenians. Another, noting the death of a warrior named Horsey, says that his comrades carved these runes. The third reports that the warrior acted according to the mind, winning gold. Probably, the whole unit of Varangians worked on the Piraeus graffiti.

There are inscriptions in the temple of Constantinople Hagia Sophia - someone Khalfdan was similarly noted in stories.

From the 53-s of runic stones of the Swedish Upland it is told about Byzantium in 18-ti.

A stone from the town of Ed near Stockholm reports exploits in the Aegean Sea, indicating that these runes were carved by order of Ragnwald, who commanded the army in Greece.

Another inscription states that someone Dalk was taken prisoner in distant lands, and Egil went on a campaign with Ragnar to Armenia and Romania.

Another inscription concisely notes that the warrior "was in the East and in the West."

And Ulf and Svein erected stones in memory of their brothers, Halfdan and Gunnar, who found their end in the east.

Another inscription says that the Varangian warrior died in Serkland (that is, in the lands of the Saracens - the possessions of the Arab caliphate).

Another laconic inscription noted - “Harald, the brother of Ingvar”, and the next informs us that this warrior, being in the East, drove the ship and was with Ingvar. 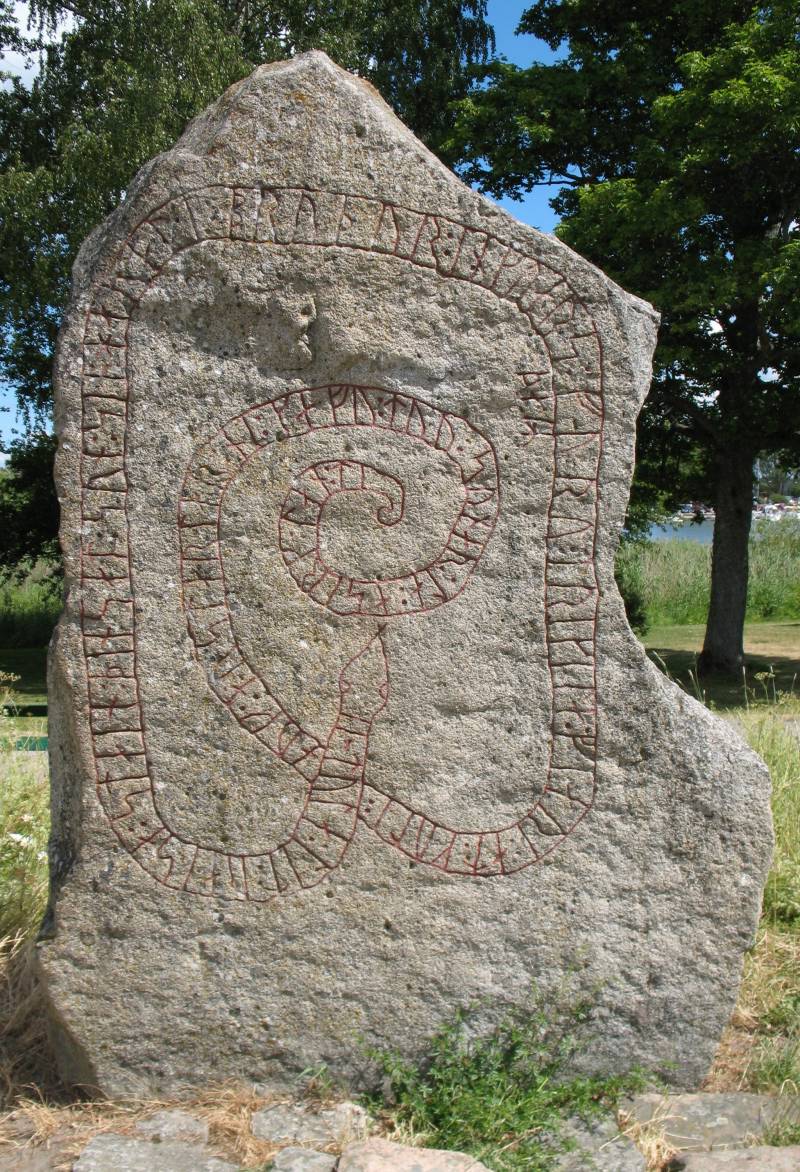 A total of 9 Swedish runic stones are known, referring to the Ingvar expedition. These inscriptions tell about the fate of the warriors of King Ingvar - it is believed that the name was worn by the Swedish prince (died in 1042), the hero of the Ingvar saga. This saga was created at the beginning of the 13th century, and its basis was the now lost more ancient poem.

Of the 16 names of the warriors mentioned in the famous sagas, 10 names belong to Icelanders, 4 names are Norwegians, 1 are Swedes and 1 are Dane.

The inscriptions mainly reflect the second, exclusively Scandinavian wave of the Varangi contingent - most of them (10 names) refer to the 1 half - the middle of the XI century. Among the names are Ulf, Hanrodar, Asmundar, Halldor, and others. For example, the Icelander Dromundr in 1030 was "in the Mediterranean was on a ship."

Roughly 30 runic inscriptions refer only to Greece. 30 Swedes, whose names are carved on them, mostly refer to the 1 th wave of the Varangian guard contingent - the end of the 10th - beginning of the 11th centuries. Among these names, we hear "more familiar" names - Gunnar, Ragnvald and others. And, very importantly - 7 stones bear Christian symbols or inscriptions on themselves. One of the inscriptions clearly noted: "I was a retinue commander in Greece." 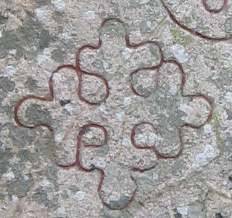 We learn that in the Varangian Guard served Kolskegg (after 989 of the year), Torstein Stursson and Gest Torhallsson (about 1011 of the year), Bardi (between 1022 and 1025). After 1016, Dane Ailis Thorgilsson visited Constantinople. Someone Torkel "walks under the hand" of the emperor of the Romans, and Eyvind served in his "squad", etc. Moreover, Kolskegg not only "went into the service", but also grew to the "leader of the Varang troops." "Among the warang" Gest and many dozens of Scandinavians.

Between 1079-1080 warrior of the Varangian Guard, a certain Oleg Svyatoslavovich was exiled from Constantinople to the island of Rhodes. Known and someone Hardigt, Varang-Anglo-Saxon. He came into conflict with two Byzantines, appearing in the palace at the basil court. Insidious Greeks waylaid a warrior walking through the palace, and released from the lion's cage. Hardigt with his bare hands killed the beast, hitting his head on the palace pillar, and then dealt with the attackers. Impressed by courage and strength of the Varanga, Emperor Alexey I Komnin initially appointed him commander of his guards, and then commander of the navy of the empire.

And the ideal of the prevailing fate of a Varyag warrior in the imperial service can be considered as strict by one of the Scandinavian sagas, who noted that "he carried the imperial service, and the last thing that was heard about him was that he took his wife there, and was over the Varangians head, and stayed there. "

Ctrl Enter
Noticed oshЫbku Highlight text and press. Ctrl + Enter
We are
Reports from the militia of New Russia for 27-28 September 2014 of the yearCombat gear "Warrior" on the way
Military Reviewin Yandex News
Military Reviewin Google News
9 comments
Information
Dear reader, to leave comments on the publication, you must to register.