October 12 2017
14
UAZ-3151 jeeps with twelve-barrel 106,7-mm jet systems installed on them are actively used in Iraq in battles against terrorists, reports Messenger of Mordovia. 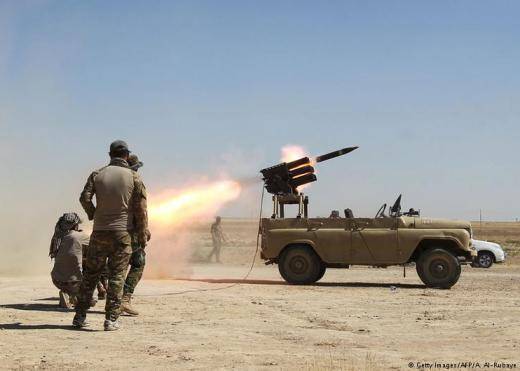 He notes that this installation “is capable of launching missiles weighing almost 19 kg at a distance of 8,5 km; a warhead weighing more than 8 kg can be high-explosive fragmentation, with ready-hit elements (1600 metal balls with a radius of damage 18 m), as well as incendiary. " In addition, there are missiles that can carry out the jamming.

This system is in demand and produced by a number of foreign manufacturers.

Military experts believe that it would be a good idea to have an analogue of such a MLRS also in service with Russian units using Patriot vehicles. Machines with such systems would not only be a good addition to the BM-21 Grad, but in certain cases could replace them, concludes the publication.

Ctrl Enter
Noticed a mistake Highlight text and press. Ctrl + Enter
We are
Armed UAZ-3151 in SyriaUAZ-3151 turned into Syria in combat vehicles
14 comments
Information
Dear reader, to leave comments on the publication, you must to register.