October 12 2017
41
Lviv Regional Council demands that President Poroshenko return the leader of the Organization of Ukrainian Nationalists to Stepan Bandera and Commander-in-Chief of the Ukrainian Insurgent Army Roman Shukhevych (OUN and UPA banned in Russia) the title Hero of Ukraine InoTV message of the publication "Left Bank".

The decision on this was made on October 10 session of the regional council. 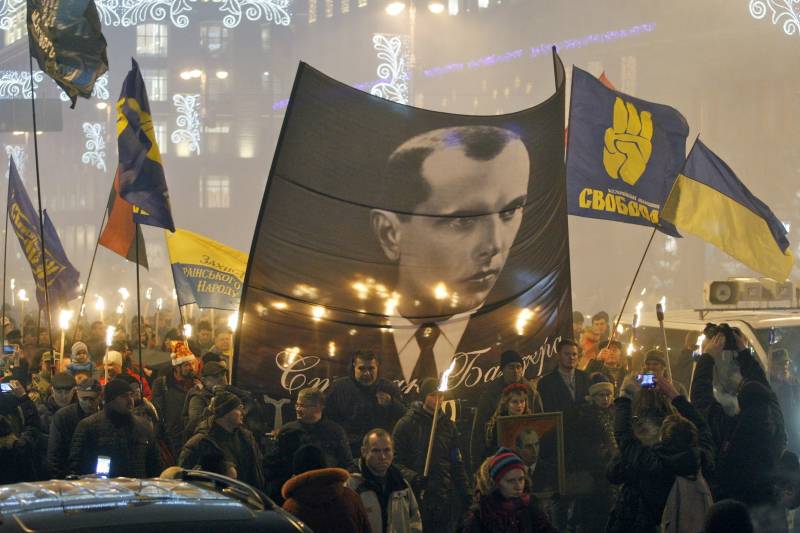 In the third year after the revolution of dignity and war with Russia, the Ukrainian authorities continue to sabotage historical justice in relation to the national heroes of Ukraine during the Second World War,
stated in the text of the statement.

It is reported that this initiative was supported by 58 deputies of the regional council with 43 necessary.

The publication reminds that 2 August 2011, the Supreme Administrative Court of Ukraine declared the assignment of the title of hero Shukhevych and Bandera illegal.

Ctrl Enter
Noticed a mistake Highlight text and press. Ctrl + Enter
We are
In the Lviv region destroyed two more monuments to the leaders of the UPABandera rolled over in his grave: he is no longer a Hero
41 comment
Information
Dear reader, to leave comments on the publication, you must to register.