October 12 2017
35
The pilots of the Russian VKS have received new leather flight jackets (the 6220 product), which withstand open flames for several minutes and also allow you to safely eject at high altitude at speeds above 1,2 thousand m / s. News. 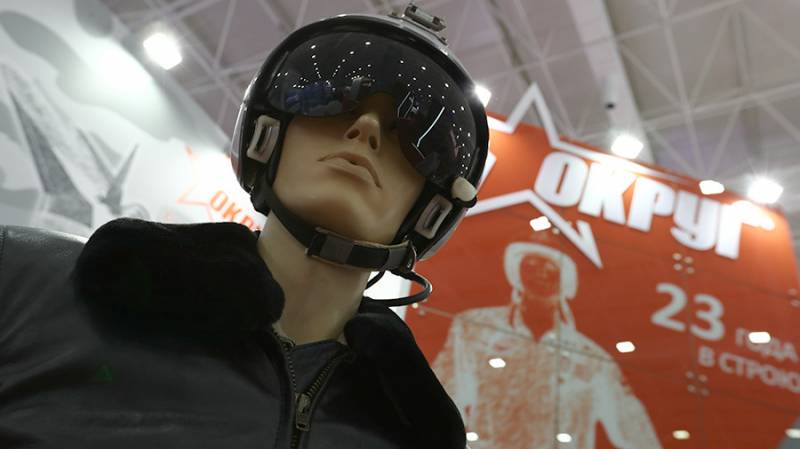 Tests of our product are completed. Testing jackets were held at 929 State Flight Research Center. Specialists of the leading Russian enterprise - manufacturer of flight and space equipment - NPP Zvezda took part in them. Our products are already supplied to the flight parts of the VKS. By the end of the year, the military will receive about a thousand new jackets,
Victoria Eliferova, a representative of the Okrug company, told the newspaper.

The main know-how of the jacket in high-quality leather with special chemical impregnation, as well as special inserts that make the pilot's work comfortable. The thickness of the material is about a centimeter. In this case, the jacket is elastic and has a small weight. The skin withstands ingress of oil, aviation fuel and other technical fluids.

The jacket has a complex design of sealed pockets. “It allows you to connect anti-drop overalls (PPK) to the“ board ”of the aircraft. PPK is the most important element of a pilot's equipment, which is worn over the flight overalls. Without it, it is impossible to perform aerobatics and flight at high speeds. The pilot will instantly faint or die from a cerebral hemorrhage. The control panel has a lot of special chambers where compressed air is supplied. In case of overloads so that the blood does not leave the brain, the chambers fill with air, redistributing the pressure over the body. Feed tubes have a complex shape and design. Therefore, it is very important that outerwear does not interfere with the circulation of air through them, ”says the material.

During the tests, the jacket was blown in a wind tunnel at speeds of 1,2 thousand m / s. This confirmed the possibility of safe ejection from the aircraft. In addition, the product was exposed to an open flame, remaining unscathed for several minutes.

Modern combat aircraft is complex aviation complex. But in order to perform combat missions on it, the pilot must be dressed in high-tech clothing and equipment. The pilot has to endure long flights, which alternate with the performance of aerobatics. On the one hand, the pilot should be as comfortable as possible, and on the other, his body should be completely protected from overload. Also, flying is associated with high risk. Therefore, the uniform must save from fires, bumps and cuts,
told military expert Anton Lavrov.

Currently on the VKS supply are flight jackets, developed in the middle of the 1950-s. In the middle of 2000-x this element of the flight form has ceased to be issued. The pilots flew in fabric jackets. And for everyday wear, at their own expense, they bought non-certified flight-style leather jackets.