October 12 2017
17
The CAA, with the support of the Russian Aerospace Forces of the Russian Federation, cleared more than half of Al-Mayadin’s territory from militants, five field commanders of the terrorist alliance were destroyed in Idlib, according to a daily report FANcompiled from Syrian sources. 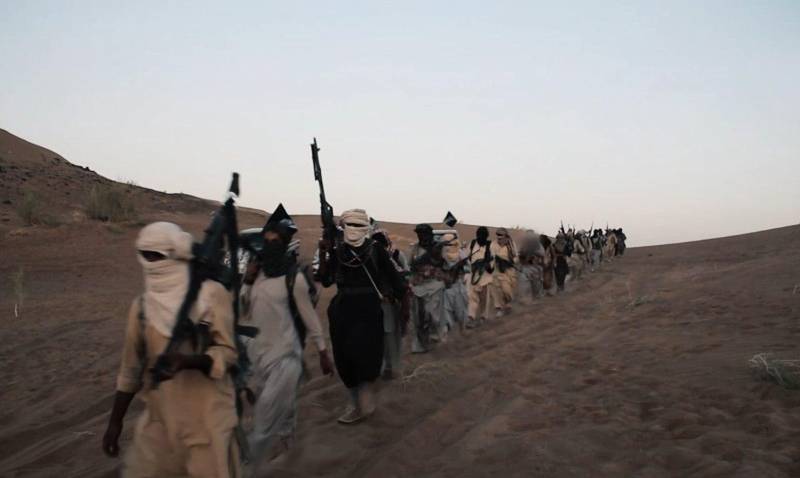 During the day, Syrian air forces attacked the positions of militants of the radical formations in the Beit Jeanne area in the south-west of Damascus province. On the territory of the Oasis of Western Guta, opposition fighters resumed shelling peaceful settlements. In the city of Damascus, militants opened fire on Abbasin Square. As a result, one civilian was killed, and a number of civilians were injured. In addition, an explosion thundered near the police station, two people were killed, more than eight citizens were injured. Responsibility for organizing the attack was assumed by the IG grouping (banned in the Russian Federation).

In the north of the province of Aleppo, mutual shelling between the Democratic Forces of Syria (SDF) and the Syrian Free Army (FSA) was recorded. At the epicenter of the confrontation between the Kurdish units and the "free army" was the city of Azaz and its immediate environs.

Brigades of the Syrian Arab Army (CAA), based in the area of ​​the water station, were shelling militant positions in the village of Talzabah in the north of Homs. Russian Aerospace Forces attacked the zones of deployment of IG terrorists in the vicinity of the settlement of El-Qariatane. On the eve it became known that the Islamists mined several blocks of the city in order to inflict maximum damage on both government troops and the civilian population of the city.

Over the past day, the forces of the Russian Aerospace Forces and the Syrian army in the east of Deir ez-Zor province have destroyed 46 terrorists. In the middle of the day, it became known that the SAA, with the support of the videoconferencing system, freed 60% of the territories of Al-Mayadin from ISIS terrorists. Government troops under the cover of Russian aviation broke through the main line of defense of the IS and pushed the terrorists to the north of the village. In addition, strikes by the Russian Aerospace Forces paralyze the transport of radicals to the city of Abu Kemal, where the commanders of a terrorist organization were urgently evacuated several days ago.

In the west of Dar'a province, clashes between the “free army” and the groups controlled by the IS continued. The fighting was noted in the areas of settlements of Glin, Heath, Adwan and Al-Bakkar.

The Russian Aerospace Forces continued to deliver pinpoint strikes on the Islamist “Dzhebkhat an-Nusra” deployment zones (grouping prohibited in the Russian Federation) near the cities of Khan Sheikhun and At-Taman. The drone, allegedly owned by the United States, struck a series of blows at the positions of the terrorist coalition in the village of Flour. As a result of the airstrike, five field commanders were destroyed.

In the north of the province of Hama, the Syrian Arab Army (CAA), under the cover of Russian aviation, destroyed a convoy of six IG vehicles, as well as some 15 terrorists. In the area of ​​the village of Al-Bargusiya, located near Salamia, during the demining works, three CAA fighters were killed.

Ctrl Enter
Noticed oshЫbku Highlight text and press. Ctrl + Enter
We are
Situation in SyriaReports from the militia of New Russia for 13-14 September 2014 of the year
Military Reviewin Yandex News
Military Reviewin Google News
17 comments
Information
Dear reader, to leave comments on the publication, you must to register.