The road to victory in Syria will pass through Idlib 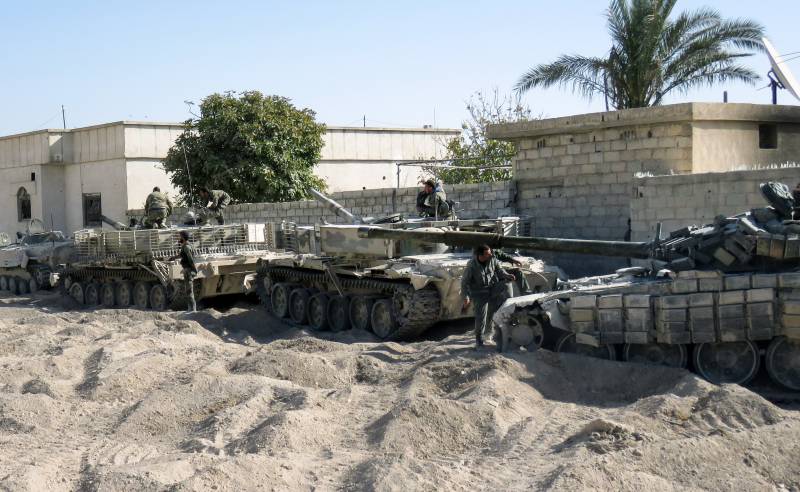 Government forces supported by the Russian Aerospace Forces are fighting against terrorism in the Syrian Arab Republic to a logical conclusion. Idlib Province remains the last stronghold of terrorists, the stripping of which remains a matter of a few days.

The active offensive of the Syrian army and the successful work of the Russian aviation in the province of Deir Ez-Zor do their job. The settlement of El Meyadin is almost completely freed from terrorist groups. Next in turn is the city of Abu Kemal, whose liberation is comparable to the complete rout of radicals in the east and southeast of the country.

In Syria, the extremists have the last frontier - Idlib. However, according to experts, by the end of the month peace and tranquility will come to Idlib and the province of the same name. We note that this opinion is not groundless, several factors testify to its benefit at once.

Bay its not sorry

Recently, you can see how the terrorists are fighting among themselves. A vivid example of this is the recent clashes between the radicals of ISIL and Dzhebhat al-Nusra in Abu Dali (Hama province), which resulted in dozens of dead and wounded from both sides.

Today, skirmishes between extremists continue in the Rahadzhan region (the border of the provinces of Hama and Idlib). So, on the eve of the IG terrorists killed 12 and injured 25 a man from Nusra.

As reported by residents of localities previously freed from terrorists, fear and panic are observed among militants, and cases of desertion have become more frequent. Hassan - a resident of the village of Abu Ribyas - says that the radicals, dressing in civilian clothes, leave the combat zone. It is noteworthy that the exodus is due not only to the successful actions of the government forces, but also to the betrayal of the field commanders, who are increasingly ordered to kill their wounded subordinates.

During the war, government troops significantly increased their military skills, the rapid offensive strengthened the spirit of the Syrian fighters. The approaching victory over terrorism is the merit, first of all, of the country's patriots, one of whom is Sheikh Ahmed bin Muhammad al-Mubarak. The sheikh rendered all-round assistance to the government forces in the most difficult moments of the war.

Now that the time of the decisive battle is coming, Mubarak forms two divisions from the eastern tribes of Idlib. Presumably, it is they who will be distinguished in the last battle with the terrorists, who is not far off ...

Ctrl Enter
Noticed a mistake Highlight text and press. Ctrl + Enter
We are
Russia will fight in Syria until complete victoryDare elz-Zor: to whom glory, to whom is shame
17 comments
Information
Dear reader, to leave comments on the publication, you must to register.