Only NATO's nuclear power saves the West from the Russian invasion

October 12 2017
53
As Robert Farley believes, the NATO states “escaped” from Russia with only one: nuclear forces. Nuclear deterrence concept worked in 1949, and it still works now. 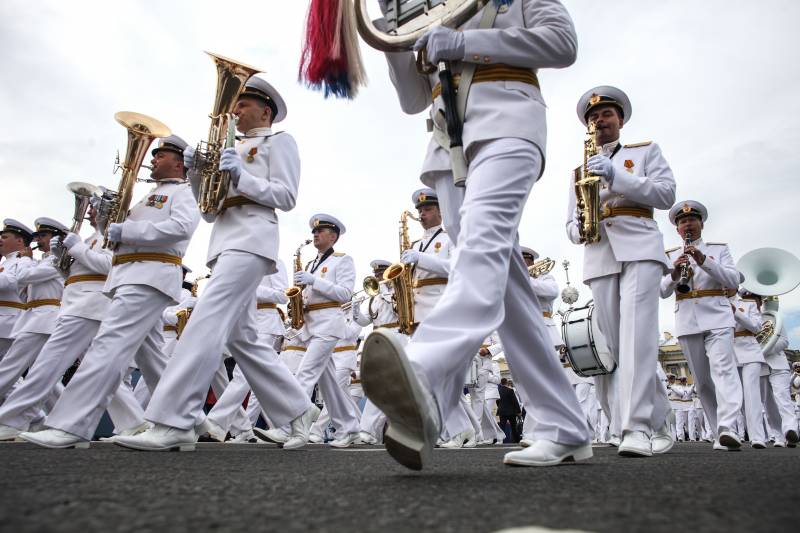 Robert Farley - publicist, writer, art. Lecturer at the Patterson School of Diplomacy and International Trade at the University of Kentucky. In a new article for "The National Interest" He expressed the following thought: the threat of "strategic nuclear strikes" on the Soviet Union jointly by France, Britain and the United States in response to the traditional attack stopped Moscow. The serious threat of a similar response to Moscow during the Cold War played a decisive role in the policy of "containment".

Recently, a rand brain war game simulated a possible Russian attack on the Baltic states. The game showed how NATO would withstand the proposed occupation by the Russian troops of the Baltic.

In essence, NATO supported the political commitment to the old idea of ​​expanding any conflict, bringing it beyond the limits of the war that the Soviets would like to wage.

Today, as in the 1949 year, the analyst believes, NATO "offers" Russia containment through the threat of further escalation of the conflict.

The fact is that from the very moment NATO was created and up to 1970, Western military strategists believed that the Warsaw Pact states would “easily win” the traditional war in Europe. NATO was counting on the "free" use of its tactical nuclear weapons to slow down the Soviet offensive. But bad luck: the actions would inevitably cause a Soviet response.

However, the essence is different: the recognition that NATO will lose the usual conflict did not contradict the definition of deterrence. NATO could indeed play an important role in deterring war. First, NATO, of course, could make the price of victory for the USSR prohibitively high. Second, by expanding the war geographically, NATO could create devastating costs for Soviets in other parts of the world, not only in Europe.

The most important thing is the threat from France, Great Britain and the United States to launch an atomic war in response to the traditional “attack”: launch strategic nuclear strikes on the Soviet Union!

In such a historical context "news"That today's Russia may win a local traditional conflict with small NATO states located on its border becomes" less alarming. " In addition to the “brief window of vulnerability in the 1990's,” Russia has always had the opportunity to create a threat to NATO with conventional forces.

The model of war from “Rand” suggests that the Russians can take the Baltic and hold it “for a while.” However, Moscow will begin to pay for such an initiative "very early": NATO forces will advance to Kaliningrad, Transnistria, etc. The Russian fleet is likely to undergo a "serious attack from submarines and NATO aircraft." Further strikes will weaken the "significant part" of the Russian Air Force and Air Defense.

In short, Russia could seize the Baltic States, but only at a price "significantly higher than the cost of its retention."

This is how NATO led deterrence in 1949, this is how NATO holds back Russians today - this is the main message of Robert Farley’s article. About why the Russians seize the Baltic States and why they have not done it so far, the analyst, as well as the Rand think tank, is silent.

Ctrl Enter
Noticed a mistake Highlight text and press. Ctrl + Enter
We are
The National Interest: US military superiority is fadingThe National Interest: Should America be worried about “Almaty”?
53 comments
Information
Dear reader, to leave comments on the publication, you must to register.