Stanislav Petrov. The man who prevented a nuclear war

October 12 2017
22
19 of May 2017 of the year in the Moscow region of Fryazino retired Soviet officer Stanislav Evgrafovich Petrov died, who on the night from 25 to 26 of September 1983 actually prevented a nuclear war, which could have started due to a false alert of the missile attack warning system. The system reported an attack from the United States. Stanislav Petrov became one of the main heroes of the Cold War, books were written about him and even a documentary film was shot, it was awarded at the UN headquarters. At the same time, he himself never considered himself a hero. In an interview with reporters "Komsomolskaya Pravda"He said:" I saved the world? No, well, what kind of hero am I! ”That September 1983 incident he called a working episode, which was very difficult, but in which he managed to work well.


Fast forward to that 1983 year. The Cold War is in full swing, its new round begins. 8 March, speaking before the National Association of Evangelicals USA in Florida, the American President Ronald Reagan called the Soviet Union an "evil empire." On April 4, in the Malaya Kuril Ridge of 6, American A7 attack aircraft entered Soviet airspace to a depth of 2 to 30 kilometers and conducted conditional bombing on the territory of Green Island, making several visits to attack ground targets. September 1 of the same year, the Soviet fighter-interceptor knocks South Korean passenger "Boeing-747", the plane deviated from the usual route on 500 kilometers, twice violating the airspace of the USSR.

The Cold War at any time could turn into a hot one, precisely in such a situation, on the night from 25 to 26 in September of 1983, Lieutenant-Colonel Stanislav Evgrafovich Petrov took up combat duty. He was operational duty officer at the command post of the missile attack warning system in the secret part of Serpukhov-15. For ordinary people, the Center for Observing the Celestial Body was here, but in reality no one here was watching the Celestial Body. Under the center sign, one of the most secret objects of the Soviet Ministry of Defense was hiding. A year earlier, the Oko-1 system, a satellite-based system for detecting launches of intercontinental ballistic missiles, entered combat duty. This system was part of the space echelon of the missile attack warning system. 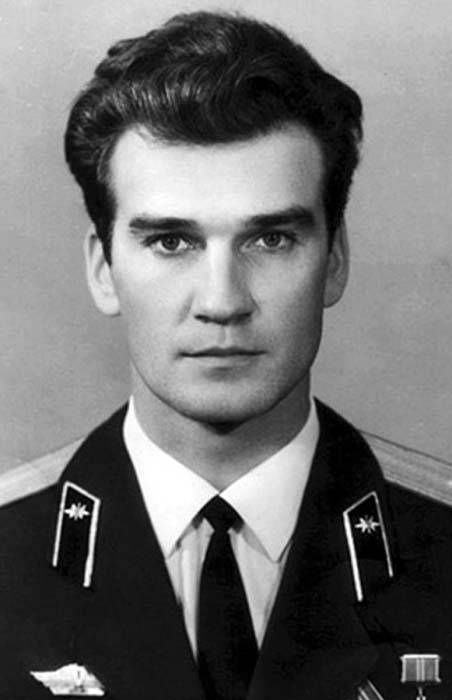 In 0 hours 15 minutes at the command post of the missile attack warning system (MNS) in the secret part of the Serpukhov-15 computer unexpectedly issued information: an intercontinental ballistic missile was launched from the US - its target is the Soviet Union. As Stanislav Evgrafovich later recalled: “The car showed that the reliability of the information is the highest”. “The siren screamed as announced, the big red letters START were highlighted on the top of the screen. This means that the ICBM went exactly. I looked down at my combat crew. At this time, someone even rose from their seats, they began to look back at me. I had to raise my voice in order for everyone to immediately take over their posts. It was necessary to verify the information received. It could not be that it actually was a ballistic missile with warheads on board ..., ”noted Petrov.

The existing missile warning system made it possible to track foreign launches of ballistic missiles and civilian launch vehicles. The launch was tracked at the moment of the missile’s exit from the mine. All levels of verification confirmed: rocket released. “Actually, what was required of the people? The car gave us all introductory data, provided an “evidence base”, and the duty officer at the command post, according to the instructions, had to report upstairs. Already there the question of a response start was resolved, ”the officer recalled. However, Stanislav Petrov doubted that with a real attack on the USSR, the missiles should have started from several bases at once, and not from one, as the system showed.

- All the data that were processed by our computer were duplicated to the higher authorities. They were surprised: why there is no confirmation from the shift on duty? A couple of minutes later a bell rang at the command post, and a government call was ringing. Picking up the phone, I reported to the caller: "I give you false information." The attendant briefly replied: "Understood." Stanislav Petrov is still grateful to this man, who did not force the situation, did not break, but communicated with him clearly, without any questions or phrases. At that moment it was especially important. At this time, the system has notified everyone on the KP about the next launch. Now she noted that the second ballistic missile had gone. Again the letters “START” lit up big. After that, within three minutes, three more messages followed, and the inscription “START” was replaced with an even more ominous “MISSILE ATTACK”. 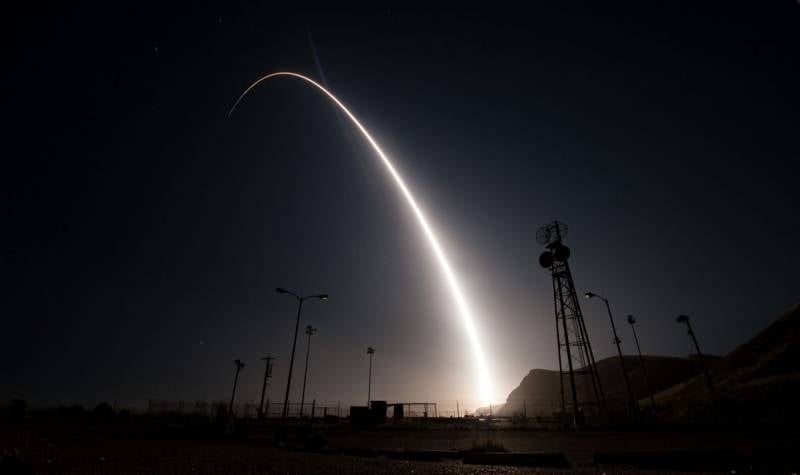 Minuteman III rocket launch
These moments have become one of the most difficult, not only in Petrov’s officer career, but throughout his life. For a very limited time, he needed to analyze a large number of various factors, after which he would try to make the right decision. Accepting the wrong decision in these conditions threatened to start a real nuclear war that could put an end to our whole world. Therefore, Lieutenant-Colonel Petrov raised all the services available to him. Visual control specialists, who were peering at the screens of video monitoring devices - VKU (it is worth noting that the "visuals" were ordinary soldiers) did not see anything. On the screens of the ISU should have displayed a bright "tail" from the nozzle of the launched rocket. The fact that the allegedly launched missiles could not be detected was also reported by specialists of over-horizontal radar.

From the moment of launching the ballistic missile by the enemy until the decision was made to carry out a response launch, the USSR leadership had no more than 28 minutes Personally, Stanislav Petrov had 15 minutes in order to make the only right decision. He rightly doubted that the United States decided to launch a nuclear strike on the territory of the USSR - he, like all other officers, was instructed that during a real nuclear attack the missiles would be launched from several bases at once (the Americans had 9 such bases). After analyzing all the information received: the fact that the launches were made from one point, only a few ICBMs took off, and the fact that the “visuals” did not record any traces of missiles, and the over-the-horizon radar did not detect the target, Lieutenant Colonel Petrov decided that the alarm was false. He reported on the false operation of the system up the chain. Later, Commander of the Missile and Aerospace Defense Colonel-General Yuri Votintsev, arriving at the command post, reported on the false triggering of the system to Commander-in-Chief and Minister of Defense Dmitry Fedorovich Ustinov.

An investigation conducted after the incident revealed that the cause of the system failure was the illumination of the sensors of Soviet satellites by sunlight, which reflected from high-altitude clouds. As Stanislav Petrov later recalled, they first wanted to be encouraged and promised to even submit to a reward, but instead they were reprimanded for a blank combat magazine. And already in 1984, he resigned, never reaching the rank of colonel. Together with his family, he settled in Fryazino near Moscow, where he received an apartment. Contrary to rumors, this happened for purely personal reasons, Petrov’s wife became seriously ill, so he decided to leave the service. At the same time, the September incident in Serpukhov-15 remained a state secret until the beginning of the 1990-s, even the officer’s wife knew nothing about that duty. 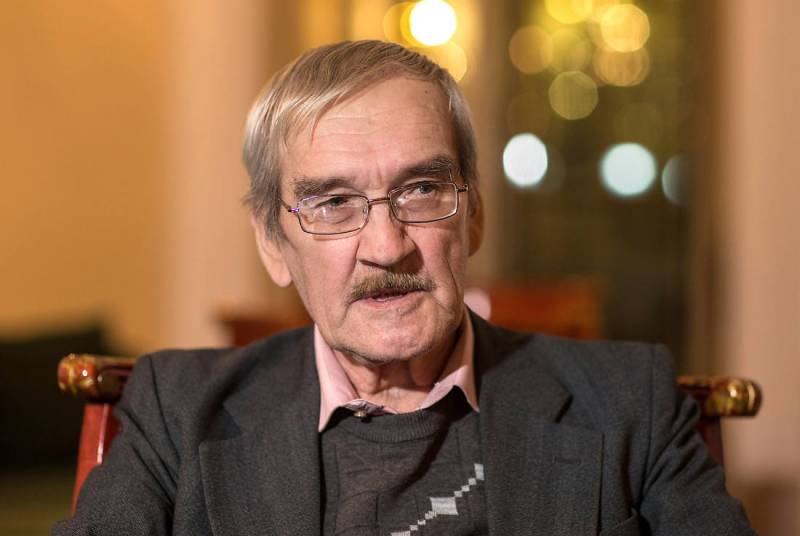 It is worth noting that such cases occurred not only in the USSR. According to Soviet intelligence, the American early-warning systems for a missile attack also malfunctioned and gave false alarms, bringing humanity to a horrendous catastrophe. In one case, the Americans even raised their strategic bombers, who had reached the North Pole, from where they planned to launch a massive missile attack on the territory of the Soviet Union. In another case, the Americans declared an alarm, taking the migration of bird flocks for Soviet missiles. Fortunately, it was possible to recognize similar cases in time, therefore business did not reach the launch of a response of a ballistic missile.

Returning to Stanislav Evgrafovich, it can be noted that real fame came to him after they started writing and making programs about him in Europe and the USA. For example, in September 1998, Karl Schumacher, the undertaker by profession and political activist from the German town of Oberhausen, read a little material in the newspaper Bild, in which a Soviet officer was mentioned. A note in the Bild newspaper said that a man who managed to prevent a nuclear conflict lives in a small Fryazino apartment, his wife died of cancer, and his pension is not enough for life. About this Schumacher himself told reporters "Jellyfish". Karl Schumacher invited Stanislav Petrov to Germany to personally tell the locals about this episode of the Cold War. Stanislav responded to the proposal and arrived in Germany, gave an interview to a local television channel. Also, several local newspapers wrote about his arrival.

In this way, история Lieutenant Colonel Stanislav Petrov became known around the world. After this trip, all the world's largest media outlets wrote about him, including Spiegel, Die Welt, Die Zeit, Radio1, CBS, Daily Mail and Washington Post. Because of this, the duty became one of the main symbolic episodes of the Cold War, along with a visit to the Soviet Union in 1983 by an American girl Samantha Smith or negotiations between US President Ronald Reagan and General Secretary of the CPSU Central Committee Mikhail Gorbachev in 1985-86. The history of Petrov was described in some detail in the book The Dead Hand by David Hoffman, one of the main world works on the period of the Cold War. 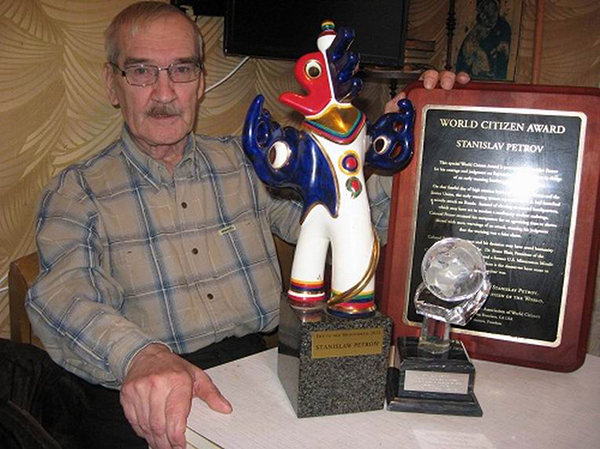 The merits of the Soviet officer were highly appreciated by the world community. 19 January 2006 in New York at the UN headquarters Stanislav Yevgrafovich Petrov was presented with a crystal figurine that depicted a hand holding a globe. An inscription was made on the statuette: "To the man who prevented a nuclear war." 24 February 2012 in Baden-Baden, he was awarded the award in the field of German media for the year 2011. And 17 February 2013, Petrov became the winner of the Dresden Prize, awarded to people for the prevention of armed conflict.

In 2014, the documentary film The Man Who Saved the World was released. As Stanislav Petrov himself later told in an interview with the newspaper Komsomolskaya Pravda, who played one of the main roles in the film, actor Kevin Costner sent him a money transfer in the amount of 500 dollars - in gratitude for the fact that he did not raise missiles with nuclear warheads on board . It may be noted that in the world Petrov may have been even more famous than in his native country.

Stanislav Petrov died in his own apartment, where he lived all his life at the age of 77. No mass media wrote about his death then, it became known only four months later when the old comrades began to call him to wish him happy birthday and heard this terrible thing from his son news. As I wrote in September 2017,Rossiyskaya Gazeta, The man who saved the world died alone. It happened quietly and unnoticed by the world he saved. He was also buried in the same way: in a distant grave of an ordinary city cemetery, without a farewell salute and sounds of a military orchestra.