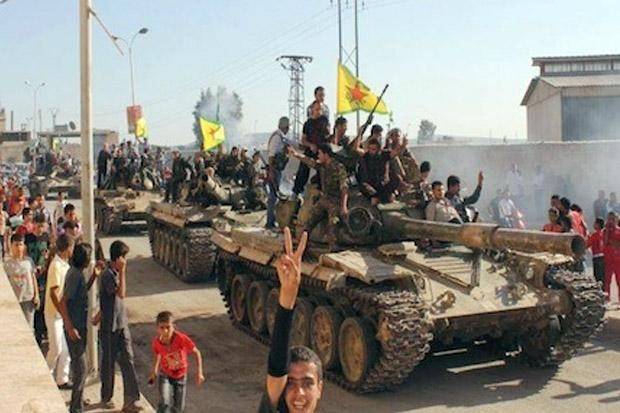 6 November 2016, the Syrian Democratic Forces (SDF) announced the launch of an operation to free Raqqa, the capital of the self-proclaimed terrorist “caliphate” of ISIL (banned in the Russian Federation). Almost a year has passed since then. Rakka has not yet been taken. How so?

Was Washington and his charges so weak that they couldn’t take a relatively small town for so long? Of course they could. But the fact is that initially this task simply did not stand before them, and all the information noise around the “assault” was raised with only one purpose: to hide their real plans.

“The Wrath of the Euphrates,” a drama in six phases. Phase one, unsuccessful.

So, on November 6, 2016, it was announced the start of operations to release Raqqa. She assumed two stages, the liberation of the approaches to the city and the actual assault on the capital of ISIS.

By this time, it became clear that the United States is not able to save its proteges in the province of Aleppo from defeating. The second capital of Syria was surrounded by government forces and very quickly cleared of "moderate opposition".

Another major blow to American plans in Syria was the transition to the Moscow camp of Turkey’s most important and one of the oldest US allies in the region. Moreover, Ankara began an invasion of northern Syria, clearly coordinated with Moscow and Damascus, which bound a large part of the ISIL reserves. This and the influence of Turkey in Idlib allowed the government army to launch large-scale offensive operations in the province of Aleppo.

This event radically changed the balance of forces in the war and forced American strategists to change the plans of the war on the move.

True, from the very beginning everything did not go according to plan. The first SDF attack on Rakku ISIS quite easily beat off. 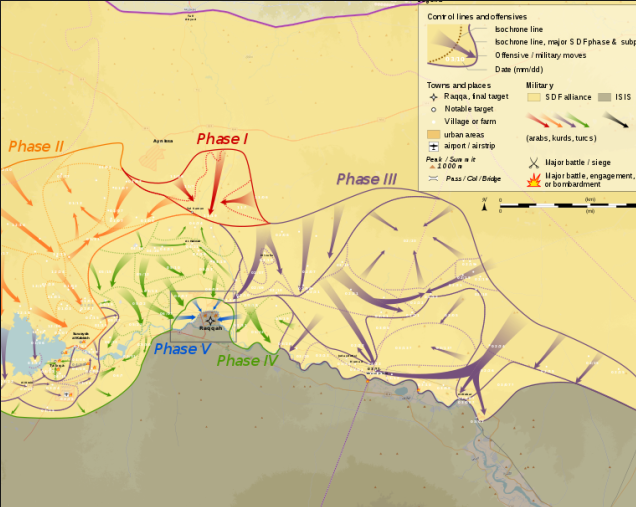 The operation was clearly poorly prepared. Kurdish units showed poor combat training and training, while ISIL units displayed "excessive" persistence, which threatened to disrupt the new American plans for the 2017 summer campaign of the year. It's time to launch plan “B”.

The second attack on Raku began in early December 2016, and was much more successful. It took less than a month, and the opponents seemed to be replaced. ISIS militants handed out vast territories and strategically important points to the Kurds (the dam on the Euphrates and the Tabka air base on its right bank).

The third Kurdish offensive began in February 2017 of the year and was no less successful. In its course, the Kurds expanded their bridgehead on the right bank of the Euphrates, and was able to reach the outskirts of the city itself.

During the fourth phase of the offensive, the one-gate game continued, which allowed Rakka to be taken into a dense semi-circle of encirclement, and the right bank foothold was turned into a base for a throw to the south. As subsequent events showed, all this was only a prelude to the main event of the campaign ...

May 2017 of the year was hot in Syria. The Americans, having finished preparations for the general offensive, attacked ... in the area of ​​the Jordanian border. 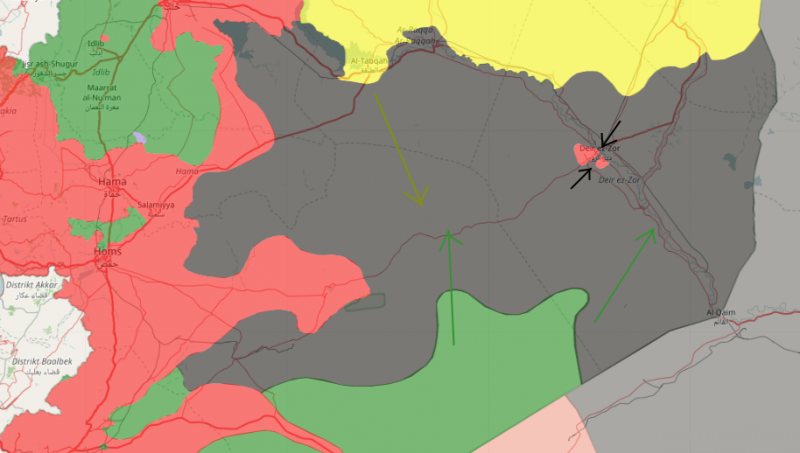 The plan of operation was grandiose. At the same time striking ISIL from the south and north, split its territory in two and connect the two "opposition" governments of the front, the Kurdish and southern, together. As the first battles showed, the resistance of the caliphate was purely symbolic: if the government forces did not show ingenuity and pressure, Washington’s plan could have worked.

The May and June battles in Syria became decisive, and it was they who predetermined the strategic defeat of the pro-American coalition.

The taking of Racca, as we see, was until this point only a convenient cover for another, much more important for the US operation. That is why until June 2017, Washington and the "allies" were not so much thinking about storming the city itself, but about creating comfortable conditions for a throw to the south. But they were ahead of the CAA "tigers" ...

Pyrrhic victory of the USA in Syria

In fact, the Rakka assault itself began only after the American ambitious plans to “liberate” Syria failed, namely, 6 June 2017 of the year. For lack of a better option, the Kurds and the Arab SDF detachments were forced to do what, in fact, they declared six months before.

At the same time, the Kurds and their allies showed no great excitement and zeal. What for? After all, not Rakka was their main goal. Who really needs this half-ruined city, especially against the background of the great success of the CAA? Yes, taking the city would be a victory, but who needs it so much!

So, almost a year has passed since the start of the operation to free Raqqa. The city has not yet been taken. Not taken because it has never been the main goal of the 6 launched on November 2016 of the offensive.

Sooner or later, the Syrian war will end, and after analyzing the results of the 2017 campaign of the year, it will be concluded that Operation Anger of the Euphrates ended in failure. Yes, the victory will be won. But taking the capital of ISIS will be a pyrrhic victory for the United States and the pro-American democratic coalition. They will free the city from ISIS after they lose the war.

Ctrl Enter
Noticed a mistake Highlight text and press. Ctrl + Enter
We are
Situational analysis of the death of the MH17 flight (Malaysian Boeing 777), made on the basis of engineering analysis from 15.08.2014Results of the week. “In our cooperative, the board is always agreed”
27 comments
Information
Dear reader, to leave comments on the publication, you must to register.