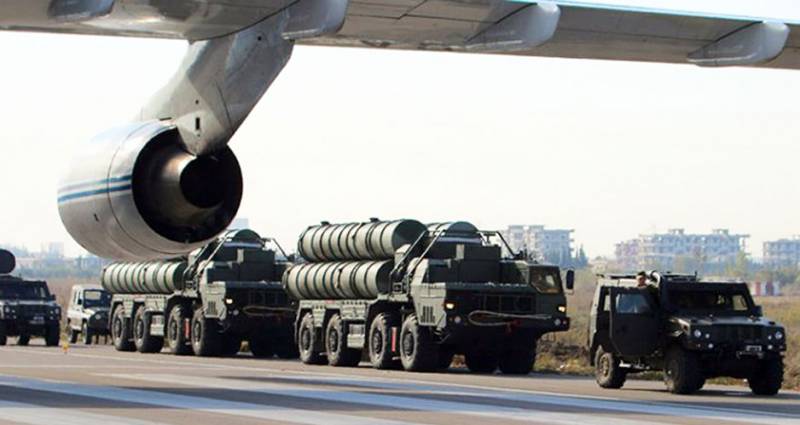 It is hard to imagine that Saudi Arabia might experience “weapons hunger". Her financial condition allows to satisfy any whims. Nevertheless, the Saudi king flies to Russia, where, among other things, a three-billion arms supply contract is signed. Let's try to figure out what the fact of such a deal can talk about.

It is clear that for a kingdom that has long lived in British and then American weapons, putting three billion for Russian supplies is a rather symbolic gesture. What can not be said about our military-industrial complex, for which such money is a significant help. So, behind the deal, one should first of all see its geopolitical aspect.

The Saudis understand that the Americans use them exclusively in their own interests, making KSA their slave in the Middle East and then setting it on Iran, now on Syria, now on Yemen. And I want King Salman a little bit of independence. And the Saudi elite too. At the same time, we know perfectly well that all their huge petrodollars are stored in American banks. The Americans also repeatedly demonstrated after the attack on the New York skyscrapers, and later that they are able to immediately freeze accounts, as soon as the Saudis play into independence, in politics or in the oil market. States will quickly remind who is the boss, and who is an errand boy.

When Russia was Washington's henchman, the Saudis treated us as the same serf, as they, except for a lower rank, more victorious. Now the situation has changed. Russia is becoming a leading player in the Greater Middle East, and it does not go there for any material interests, it is even ready to sacrifice its people for the sake of stabilization in this vast region. On the other hand, the Saudis see the current rapprochement between Iran and Russia and Turkey is increasingly looking in our direction. And being in a state of semi-war with Tehran, in a difficult relationship with Ankara, Riyadh begins to calculate: if tomorrow, God forbid, an armed conflict with Iran arises, the kingdom will surely be seriously defeated. Even in the war against Yemen, the KSA cannot really show anything: there is a hired army, instructors from the USA, the latest American weapons, but all this does not work. In any case, not as effective as the Russian military machine, which Syria clearly demonstrated. Plus, oil business is the reduction of production quotas, when the Saudis are well aware that the Americans artificially lower world prices in order to promote their own shale hydrocarbons.

In such a situation, Russia needs to properly build its foreign policy, and so far everything is being done correctly. The main thing is that we do not set states against each other, which distinguishes us from the States that use the old British slogan "Divide and Conquer" everywhere.

On the other hand, let's see what kind of weapon the Saudis want to acquire from Russia, and see for what purpose. Riyadh forms and focuses its armed forces primarily on confrontation with Tehran. And if we supply Iran with the C-300 system, then the Saudi leadership, having made sure in the course of the Yemeni conflict of the failure of the existing air defense systems, wants to acquire the next generation of Russian weapons, more powerful and modern. The main thing is to be better than Tehran.

The Iranians very well showed themselves in Syria during ground operations, the ground forces are well equipped and well trained. Therefore, there was a question about the purchases of the MLRS, about flamethrower systems - Riyadh must oppose something to the enemy on the ground. The situation between the countries is very tense. So far, this is manifested mainly in Yemen, which the Iranians and the Saudis want to control. And the rupture of diplomatic relations is a step in time for war, not for peace. Therefore, any conflict is fraught with escalation. Surely the king of Saudi Arabia is aware of this. And in this situation, for whom to hope? On the Americans? If something like this happens, people in Washington will dance all night long for the joy that the Persians and Arabs beat each other. Russia can have a stabilizing effect, being in good relations with both Riyadh and Tehran, which the Saudis, frankly, are really afraid of. And for good reason - in military terms, Iran is now much stronger, despite the very modern and powerful arsenal of Saudi Arabia. That is why King Salman came to Moscow in the first place not for weapons, but for the security of his country.

Ctrl Enter
Noticed oshЫbku Highlight text and press. Ctrl + Enter
We are
Interview of V. Putin to Channel One and the Associated Press AgencyWhat you didn't want to know about England
10 comments
Information
Dear reader, to leave comments on the publication, you must to register.