October 11 2017
30
The leadership of the Kurdish self-government in the north of Syria is open to dialogue through the mediation of Russia, said the chairman of the committee on international relations of the canton of the Jazeera Federation of Northern Syria (Rogava) Abdulkarim Umar.


Syrian Foreign Minister Walid Muallem said at the end of September that the Syrian authorities were ready to discuss with the Kurds of the SAR the issue of self-government after the fight against the Islamic State terrorist group (IG *, banned in the Russian Federation) was completed. 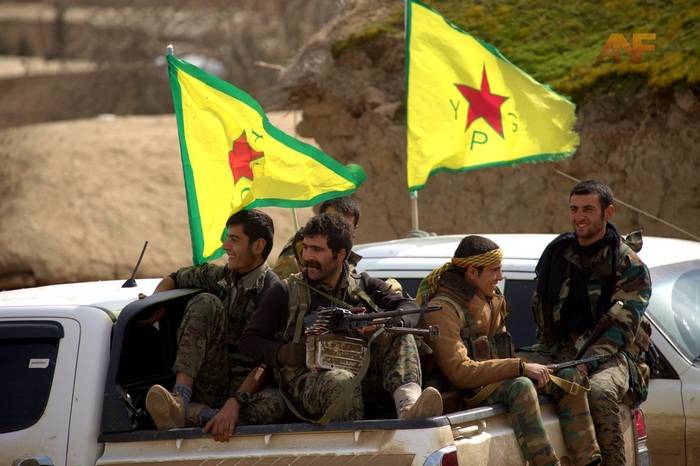 Umar added that "historical"The Kurdish problem in Syria should be addressed as part of a full-fledged solution to the Syrian crisis.

The Kurdish problem can be solved through building a new Syria with all its other components.
- declared Umar.

The Federation of Northern Syria (Rozhava) was proclaimed by a number of Kurdish organizations in March 2016 of the year on the territory beyond the control of Damascus in the north of Syria, near the border with Turkey. It consists of three cantons - Afrin, Jazeera and Kobani. Damascus did not recognize its creation. In Syrian Kurdistan, there are about 4,6 million people, of whom 2,5 million Kurds, reports RIA News

Ctrl Enter
Noticed a mistake Highlight text and press. Ctrl + Enter
We are
What did Mualem eat? The head of the Syrian Foreign Ministry actually called the United States and Syria allies
30 comments
Information
Dear reader, to leave comments on the publication, you must to register.