He was called the "soul" of Port Arthur.

October 12 2017
33
October 12 (September 30) 1857 of the year, exactly 160 years ago, was born Roman Isidorovich Kondratenko. The name of this amazing person is forever inscribed in the military history Russian state. It was he who, at the hardest moment of the famous siege of Port Arthur, by Japanese troops led the defense of the Russian fortress, doing everything possible for this, using his military engineering knowledge and his courage to the maximum.


There are quite a few military engineers in Russian military history whose names can be recalled with admiration. For example, Edward Totleben - the legendary builder of the defensive structures of Sevastopol. From the same galaxy and Roman Kondratenko. Like many other true heroes of the wars waged by the Russian Empire, Roman Kondratenko was not a native of the most notable layers of the nobility. He was born into an impoverished noble family living in Tiflis. Roman's father, Isidor Kondratenko, once served in the army, rose to the rank of major, and then retired. Since the family had no estates, it existed on a small pension of a retired major. The family lived so poorly that from six to seven years old Roman even had to earn money as a peddler of water on the streets of Tiflis in order to help his parents at least somehow. 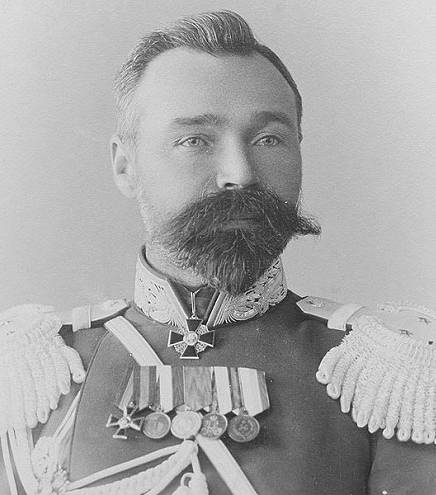 Following the example of his father, and in his own heart, Roman Kondratenko chose a military career. Moreover, training at government expense in a military school could seriously unload the family financially. The older brother, by the time of Roman's boyhood, had already lived in the Russian capital, helped. Roman entered the Polotsk Military Gymnasium, founded in 1835 to prepare noble children for military service. Roman completed his studies at this institution in 1874, becoming one of the best graduates. A talented young man entered the Nikolaevsk engineering school in St. Petersburg. It was one of the best military schools of the time, specialized in the training of military engineers.

After a three-year course, graduates were awarded the title of engineer-ensign with secondary general and military education. Roman Kondratenko and during his studies at the school showed great success, and since he entered after the Polotsk military gymnasium, the course was heard quickly and 23 June 1877 of the year Roman Kondratenko was released in the rank of ensign in 1. Senior battalion. However, the command soon changed its decision and instead of this unit, Roman was seconded to the Caucasian Reserve Battalion, and in 1878, he returned to his original battalion, where he was promoted to lieutenant. A year later, a young officer entered the Nikolaev Academy of Engineering and was promoted to lieutenant.

Career Roman Kondratenko was fast enough. Already in the 1881 year, while still studying at the academy, the 24-year-old military engineer was promoted to the rank of captain, and after completing a full science course at the academy in 1882, he was assigned to the head of the engineers of the Caucasian military district. Then he was transferred to the disposal of the head of the Charohsk engineering distance, and in the 1883 year - to the Main Engineering Directorate. In 1884, 27-year-old Kondratenko was promoted to captain. Then he entered the Nikolaev Academy of the General Staff, which he graduated from in 1886 year and was appointed to the Vilna military district, and then as a senior aide to the staff of the 4 army corps. In the 1888 year, 31-year-old Roman was promoted to lieutenant colonel and was assigned to be the headquarters officer of the 6 local brigade. In 1891-1895 Kondratenko served in the headquarters of the Vilna military district, where he also quickly moved up in ranks and positions. In 1891-1893 he served as a senior aide to the headquarters of the Vilna military district, receiving the rank of colonel in 1892 for a total of 35 years. In 1893-1895 he served as a staff officer for missions, and then was transferred to the chief of staff of the Ural region. In 1895-1901 Roman Kondratenko commanded the 20 rifle regiment. The command position provided opportunities for a future career, so in 1901, Roman Isidorovich was promoted to major general and appointed as a district duty general of the headquarters of the Amur military district. So he was in the Far East, where he was destined to distinguish himself and forever go down in history.

In 1901, Kondratenko participated in an operation against the Ihetiuan uprising in China - as part of the Russian airborne corps. In 1903, Major General Kondratenko was appointed commander of the 7 East Siberian Rifle Brigade. By this time, the situation in the Far East was quite tense. The Japanese empire was gaining strength and increasingly claiming the role of hegemon in the Asia-Pacific region. Japan included Japan, China, Korea and a significant part of the Russian Far East, hoping, sooner or later, to establish control over vast territories. In 1903, relations between Russia and Japan sharply deteriorated, helped by the further promotion of Russian companies in Korea and Manchuria. Japan, which considered these territories “their own,” demanded that Russia immediately withdraw from Korea and Manchuria. The aggressively-minded ruling circles of Japan did not refuse the military scenario of the development of events, and Russia could have avoided war only at the cost of completely surrendering positions in Manchuria and Korea. The war became inevitable. 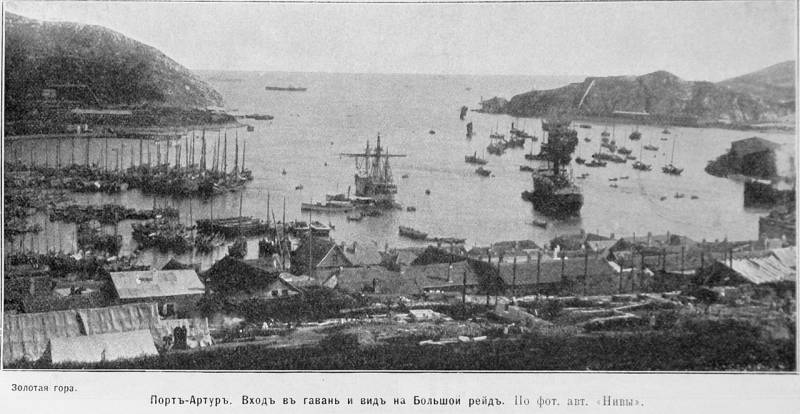 27 January (9 February) 1904, the Japanese fleet attacked the Russian 1-th Pacific squadron, which was on the outer roads in the fortress of Port Arthur. Thus began the bloody Russian-Japanese war. The fortresses of Port Arthur were to play an important role in it, so we will tell about it in more detail. The fortress was located on the southeastern edge of the Liaodong Peninsula and was founded by the Chinese in 1880-ies under the name "Lushun". The English name "Port Arthur" was given to the fortress in honor of the fact that in 1860, the ship of English lieutenant William C. Arthur was being repaired here. After the first Sino-Japanese War in 1894, the fortress was captured by Japan, but under pressure from world powers, Japan was soon forced to return it to China. In 1898, Port Arthur was leased to Russia for 25 years, together with the Kwantung Peninsula.

The Russian authorities hoped to create the second-largest naval port in the Pacific after Vladivostok from Port Arthur. The construction of the fortress began in 1901, which was completed by 1904% by 20. In Port Arthur, the 1 th Pacific Squadron was deployed as part of 7 battleships, 9 cruisers, 24 destroyers, 4 gunboats, commanded by Vice Admiral Oscar Stark. The ground forces were represented by the Port Arthur Fortress Infantry Regiment of the 4 battalions stationed in the fortress. The regiment was commanded by Vice Admiral Yevgeny Ivanovich Alekseev. In 19091-1904 The commander of the fortress of Port Arthur was Rear Admiral Nikolai Romanovich Greve, and in 1904, he was replaced by Rear Admiral Ivan Konstantinovich Grigorovich. Just before the start of the Russian-Japanese war, realizing the inevitability of hostilities, the command decided to convert the 7 th East Siberian Rifle Brigade, commanded by Major General Kondratenko, into the East Siberian Rifle Division, and redeploy it to Port Arthur - to reinforce ground troops stationed in the fortress. Kondratenko retained the post of commander, only already a division, and arrived in Port Arthur. With the outbreak of hostilities, he, as a professional military engineer, was appointed head of the land defense of Port Arthur fortress.

It was in this capacity that Roman Isidorovich Kondratenko was able to show his military and engineering talent to the greatest extent. He began to reorganize the defense of the fortress before the Japanese forces began the siege of Port Arthur. By this time, the Port Arthur fortification system included 5 forts, 3 fortifications and 4 individual artillery batteries. Between them rifle trenches with barbed wire were dug out, and land mines were buried along the lines of the enemy's likely attacks. The advanced field-type positions were equipped on the nearby mountains of the Syagushan, Dagushan, High and Corner. In the direction of the valley Shuyshin were placed Kumirnensky, water and rocky redoubts. In addition, batteries and separate firing points were installed, as well as observation posts for spotters of artillery fire. Fortifications of the fortress used a very advantageous landscape for organizing the defense. Port Arthur was located in a mountainous area, which greatly facilitated the task of deploying fortifications. The mountainside was a great cover from enemy fire.

23 April (6 May) 1904 2-I Japanese Army General of the Army Oku Yasukata landed in Bidzyuo, after which Port Arthur was cut off from the land routes linking the fortress with the positions of the Russian Manchurian army. 13 (26) May 1904. The army of Oku Yasukata broke through the defenses of Russian troops on the Jinzhou isthmus - in the narrowest part of the Liaodong Peninsula. May 19 (June 1) Japanese troops occupied the port of Dalniy, which was of strategic importance for the further advancement of the Japanese troops. The 1904 units of the Japanese army under the command of General Legs Marasuke arrived in the Far East (in the photo). He was an experienced and talented military leader, strictly adhering to samurai principles. 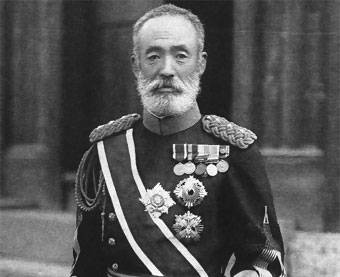 By the way, shortly before the landing of his army in Manchuria, his eldest son Katsunori, who served under General Oku Yasukata in the 2 of the Japanese army, was killed. It was the 3-I army of General Nogi who was to begin the assault on the fortress of Port Arthur. 17 (30) July 1904, the Japanese troops approached Port Arthur, after which the Russian ships from the harbor opened fire on them. July 25 (August 7) Port Arthur’s 1904 was first shot at by Japanese artillery. The Japanese opened fire on the Dagushan and Xiaogushan redoubts. Thus began the siege of the Russian fortress by superior enemy forces. The next day there was a battle on the redoubts and on the night of 27 July, the Russian troops were forced to retreat, losing 450 soldiers and officers. Japanese troops on the assault of redoubts lost 1280 people. 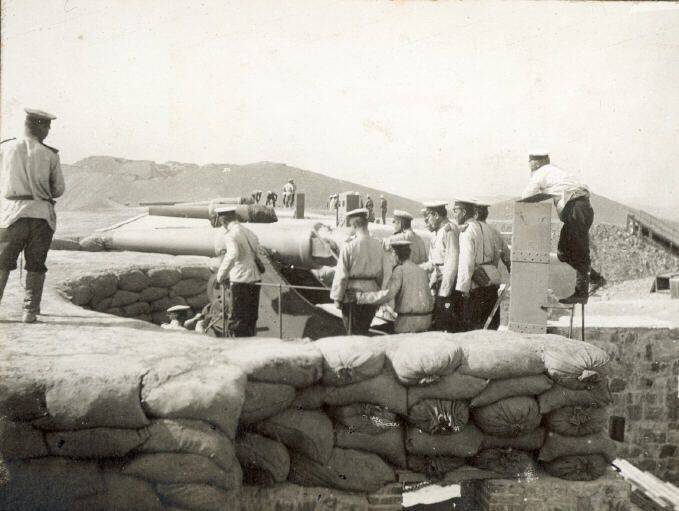 However, the Japanese army more closely approached the fortress. Japanese troops had the opportunity to constantly gain both personnel and weapons, which Port Arthur defenders were actually deprived of. Russian troops failed in Manchuria and were unable to help the fortress. But the defenders of Port Arthur did not want to surrender, at least under Roman Kondratenko. Perhaps Port Arthur would have lasted longer if not for the death of the combat general. 2 December 1904 of the fort number 2's casemate exploded an 11-inch Japanese projectile. Major General Roman Kondratenko and eight garrison officers who were in the dungeon were killed. 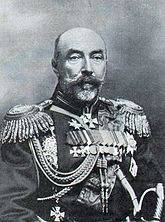 23 August (5 September) 1905, the Russian-Japanese war ended. Russia ceded Japan the southern part of Sakhalin, rental rights to the Liaodong Peninsula. Port Arthur, drenched in the blood of Russian soldiers, also came under the control of the Japanese Empire. The body of Major General Roman Isidorovich Kondratenko, posthumously produced as lieutenant general, was delivered after the war to St. Petersburg and October 8. 1905 was reburied at Nikolsky Cemetery of the Alexander Nevsky Monastery.

As for General Stessel, who played an ambiguous role in the surrender of Port Arthur (this is a separate topic, many eyewitnesses and participants in those events believe that Stessel’s fault was exaggerated and he just tried to save people from inevitable death), he was fired in 1906. from military service and appeared before a military tribunal - precisely for the surrender of Japan. 7 February 1908, he was sentenced to death, then the sentence was replaced with 10 years in prison, and 6 in May 1909, Stoessel was released on the orders of Nicholas II.