October 11 2017
56
Russia wants to see V.Putin president again? Does V. V. Putin himself want this? It is possible that he "brings up" the successor. Protests are shaking Russia, Western analysts say, and Comrade Putin, who runs the country in the manner of Soviet general secretaries, may simply wish to retire. 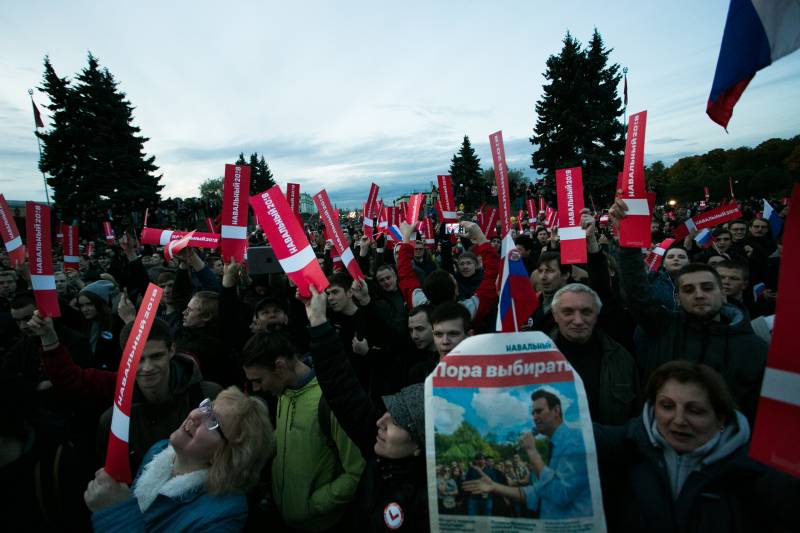 Is Russia going to see Vladimir Putin again as president? Will he remain in the Kremlin chair, or will "try to create a copy of himself"?

All other solutions to this issue "may lead to unrest" in the country - so Putin himself believes. This opinion was expressed by Professor Christian Gerner of the University of Lund, the second oldest university within the modern borders of Sweden.

Evaluation of the three possible options for the Russian election 2018 year given in the newspaper "Svenska Dagbladet".

Putin, this "silent man", this "gray cardinal", appeared in the political arena in the last period of the "political circus" B. N. Yeltsin. It was at the end of 1990's, the author recalls. Everyone suddenly saw a person from the state security organs - the former KGB. He was called the "gray cardinal" at that time, because Putin knew how to keep a low profile. This figure took the chair of the Prime Minister for a short time. Already in those years, Russia was rolling back to political control over society.

No one could imagine at that time that Putin would be a political long-liver. His presence in power lasts for the eighteenth year. In essence, Putin is a figure symbolizing Russia. And he wants to be a “synonym” for Russia.

Professor Christian Görner is convinced that Vladimir Putin is using the media for that, and also gives speeches in public. His goal is to "develop the charisma of a strong leader."

Who can create a counterbalance to such Putin? According to the expert, it would be a person inclined to discuss issues. But where is it?

If the Russians lost the Cold War, now Russia is pursuing an active policy abroad. Moscow is even accused of influencing the elections in the USA!

And that is Putin’s merit. It was he who “led Russia from the former state to the present”.

He played on moods and traditions: he finds the Soviet era in stories his native country is a valuable period, and he believes that Russia historically stands on two “pillars”: the Orthodox Church and the Great Patriotic War. The meaning of the war: the USSR saved the world from the fascists, and the West refuses to recognize it.

At the same time, “stormy protests against Putin” and the system of his rule are constantly going on in Russia. The article recalls the "murders of journalists and politicians."

Gerner says the following about Putin’s propaganda: under Putin, some things cannot be mentioned, but others must be brought to the fore. The concept of "revolution" is not to Putin's liking. He, according to Gerner’s conclusions, believes that civil society cannot be supported, “control” is necessary, and “it’s impossible to interfere” with the authorities.

1. Putin continues to rule the country. Everything goes on.

2. Putin will “raise” a successor who will “follow in his footsteps”.

3. Putin refuses to participate in the elections.

The last scenario seems to the professor himself "incredible." At the same time, the expert himself likes this option: if Putin refuses to run for president, a powerful ferment may arise in Russia, and “a society of dialogue will be created in the country”.

By the way, the professor thinks that the most likely scenario is not the first, but the second scenario: Putin is releasing the “line follower” to the scene.

As for “stormy protests against Putin,” the Western press, including the overseas press, writes a lot about them.

Sabra Ayres (Sabra Ayres) in "Los Angeles Times" says that on the sixty-fifth birthday of V. Putin, protesters across the country came out in support of the well-known opposition leader, Mr. Navalny.

Thousands of supporters came to the rallies of Alexei Navalny on Saturday in eighty cities of the country, the publication points out. Protests were held at the call of a corruption fighter who wants to "register as a candidate" in the presidential election.

This is not the first action organized by Navalny and his supporters. This year, this is the third anti-government and anti-corruption speech organized by the “implacable critic of Putin.” On the other hand, far fewer people participated in the recent meetings.

The Los Angeles Times cites some figures on arrests: 25 detention was recorded in 271 cities across the country (according to the OVD-Info independent monitoring group).

Previous demonstrations of 26 in March and 12 in June gave other indicators: at each meeting, more than 1800 detentions were held.

Saturday protests took place after a video message Navalny, who called on supporters to put pressure on the Kremlin and allow free and open elections. Navalny's 41-year-old is campaigning across the country, despite the fact that the Russian election commission is opposed to him because of a conviction in 2013. He rejected the conviction as politically motivated.

On October 7, Putin turned sixty-five years old, and Navalny declared that the protests would be a “birthday present” to him.

The journalist writes that the protest action in St. Petersburg turned out to be the largest: over two thousand people were chasing the streets of Putin’s hometown, chanting: “Putin, retire!” (“Putin, go on pension!”).

In Moscow, police told the Russian media that about 700 demonstrators took part in the rally.

“We are here because we no longer want Putin to be in power and support Navalny’s candidacy,” said Artyom Telunts, 18-year-old. “We want Russia to be free, have a free press, free elections, a free Internet ...” Therefore, Putin should “leave.” 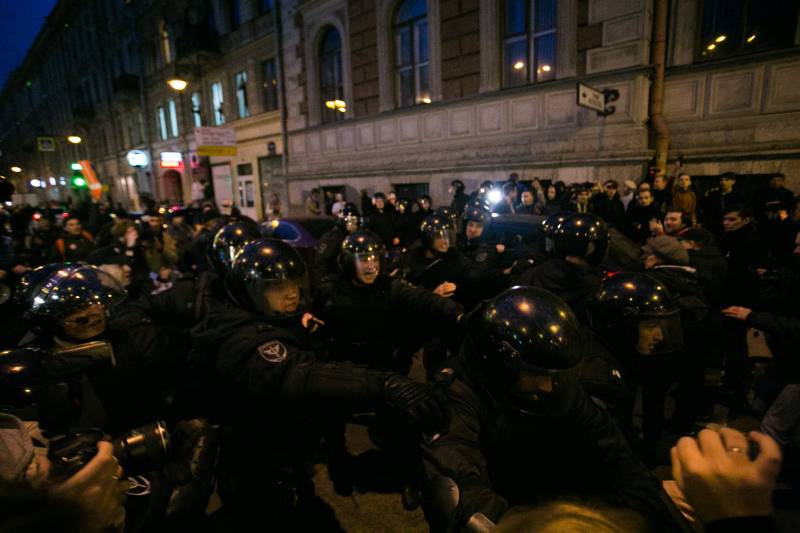 “It’s time for him to retire,” said 16-year-old Dasha Schastnaya on Pushkin Square in Moscow. - We need someone new and fresh, who does not just crave power. Anyone who wants to do something for our country, to make us perfect ”(“ to make us perfect ”).

Difficult and thorny path to perfection. Especially if you remember that Putin’s rule is more than 80% of Russians. “Los Angeles Times” cannot be denied in objectivity: the publication cites data on the rating of trust to Putin, which was established near the value “above 80%”. Putin is unlikely to face serious competition in the elections, the newspaper notes if he again wishes to make an “approach to the position”.

As for Navalny, he probably relies on age: B. Yeltsin resigned 68 years; now is the time to say goodbye to the authorities and Putin, who recently turned sixty-five. However, Navalny and his advisers do not take into account that the people do not associate Putin with Yeltsin - on the contrary, the second is considered to be the opposite of the first. Historical labels hold tight: Gorbachev ruined the USSR, Yeltsin destroyed Russia, Putin raised Russia from its knees.

In addition, Navalny did not prepare any disclosures for the current rallies. Perhaps the low “turnout” of his “electorate” is explained by just this. Video about Medvedev at one time great excited people. It is possible that in the headquarters of Navalny prepared surprises for the electoral future. It is terrible to imagine who after Medvedev will be the person involved in the new video!

Ctrl Enter
Noticed a mistake Highlight text and press. Ctrl + Enter
We are
Unidentified submarine off the coast of Sweden: searches, statements and questionsSvenska Dagbladet: Military Power - Part of Russian Identity
56 comments
Information
Dear reader, to leave comments on the publication, you must to register.