October 11 2017
33
The plane of the Russian VKS Su-24 crashed at a base in Latakia. Terrorists attacked schools in the city of Thasil in the province of Dar'a. The CAA and VKS RF resumed the assault on Meyadin southeast of Deir ez-Zor. This is stated in the daily report. FAN. 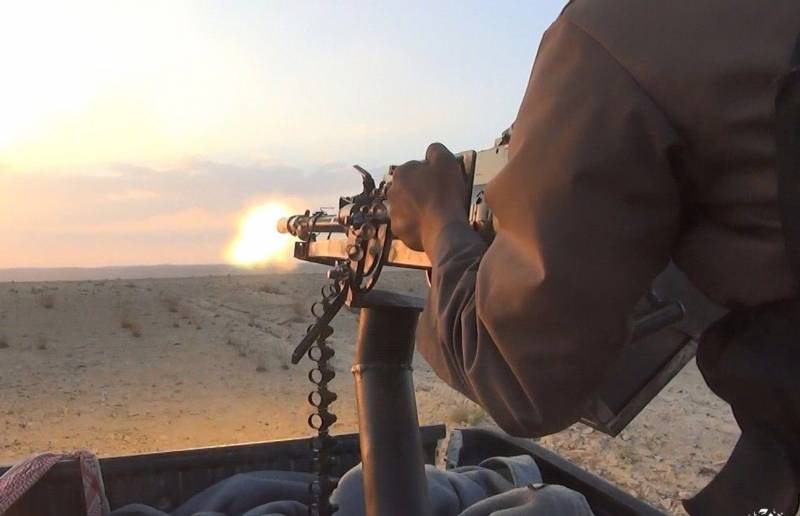 According to reports from Syrian sources, in the north-east of the Syrian capital, there was a firefight between government forces and militants of Islamist formations. The parties conducted mutual rocket attacks near the Jobar and Ayn-Tarma regions, as well as near the village of Harasta.

In the past 24 hours, an accident occurred near the Hmeimim military airfield, located to the south of the administrative center of the province of Lattakia. Military aircraft VKS RF crashed for technical reasons. Su-24 caught fire, and then collapsed near the village of Al-Sharashir. Both crew members died before they managed to eject.

In the east of the Homs province, attempts were again made by radicals of the IS group (banned in the Russian Federation) to break through the defenses of the Syrian Arab Army (SAA) and its allies near the height of As-Sarukh in the area of ​​the M20 highway. In response to new attacks, the Russian aviation conducted a series of sorties over the desert areas occupied by terrorists. Dozens of militants and several vehicles were destroyed.

In the morning after the rocket and artillery shelling, the government units, with the support of the Russian HQs, resumed the assault on Meyadin simultaneously with the attack of IS positions near the city of Marrat (Deir ez-Zor province). The settlement was re-liberated by the forces of the SAR thanks to military aircraft of the Russian Federation In turn, the Syrian Democratic Forces (SDF) and the United States continued the military operation "Storm of Jazeera" and captured the settlements of Misla and Mikhemed. In addition, the Kurds reached the outskirts of the settlement of Shinan, in the area of ​​which the Western alliance air forces were active. During the sorties of coalition aviation, at least six civilians were killed.

Several schools in the city of Tasil, Dar'a Province, were attacked by ISIS terrorists. Thus, the militants responded to parents who did not agree with the new “curriculum” proposed by the pseudo-caliph. No injuries were reported. It is known that terrorists burned books and student portfolios.

On the territory of Idlib arrived a new batch of Turkish military equipment. Recall, Ankara's troops are sent to the province to monitor the execution of the truce.

During the day, the fighting unfolded in the administrative center of the Raqqah province in the areas of Al-Jamili and Al-Dalla. One of the mined IG cars was destroyed during clashes, without causing damage to the Kurdish forces. The Western coalition air forces continued bombing the Al-Tavassuya quarter, as well as near the city stadium, where a large number of civilians live. In the afternoon it became known that negotiations between the Kurds and the militants of the IG failed. Terrorists refused to voluntarily leave their positions.