October 11 2017
0
The machine is being developed by the designers of the Military Engineering Center in order to expand the scope of use of the special Tiger vehicle. Its main feature is that it is equipped with a domestic diesel engine YMZ-5347-10, made according to the environmental standard Euro-4. In addition, the new Tiger model eliminated some shortcomings identified during the operation and combat use of the previous versions of this machine, and also took into account the additional requirements of the Armed Forces of the Russian Federation. 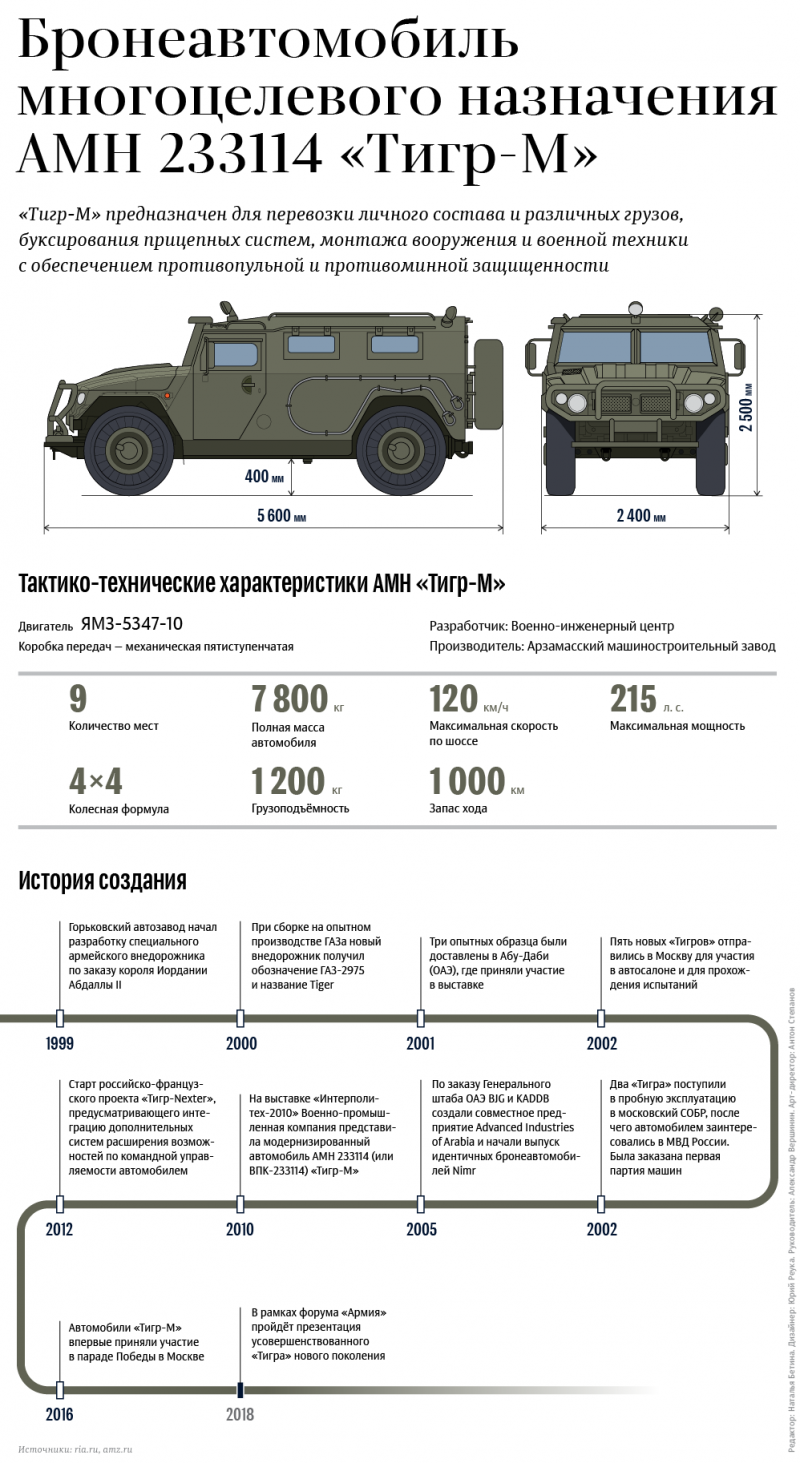 Ctrl Enter
Noticed a mistake Highlight text and press. Ctrl + Enter
We are
Military vehicles "Ural" on the forum "Army-2016"Arzamas Machine-Building Plant
Add a comment
Information
Dear reader, to leave comments on the publication, you must to register.