October 11 2017
6
Today TV channel SkyNews Arabia reports on the success of the Iraqi army in the area of ​​the city of al-Huweija. If you believe the reports of the Arabic-language TV channel, then the armed forces of Iraq, together with coalition forces, completely freed this city from the ISIL (* banned in Russia) terrorists in the northern part of the country.


The official representative of the Iraqi military command:
The forward detachments of the Iraqi army, together with the people's militia units, completed the operation to liberate Al-Khuweiji from the militants and completed the tasks previously set to fully transfer the city to their control. The final stage of the military operation was carried out in the southern quarters of the city, which were held by ISIS terrorists (*).

It is reported that an operation is currently underway to clean up the neighborhoods of Al-Huweiji, from which terrorist formations have been knocked out. 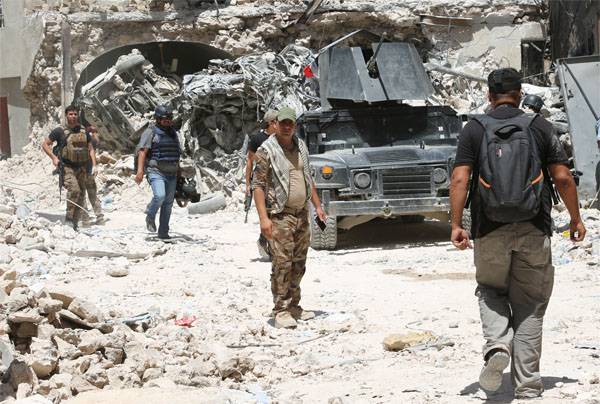 After the liberation of this settlement, the strategically important for the region highway connecting Al-Huweiju with Kirkuk passed under the full control of the Iraqi troops. In the course of the operation in the Khuweiji area, Iraqi units liberated more than a hundred and fifty villages in which the militants of the so-called “Islamic State” (*) were previously hiding behind civilians.

Ctrl Enter
Noticed a mistake Highlight text and press. Ctrl + Enter
We are
The Armed Forces of Iraq announced the complete release of the center of Al Khuweiji from ISReports from the militia of New Russia for 29 August 2014 of the year
6 comments
Information
Dear reader, to leave comments on the publication, you must to register.