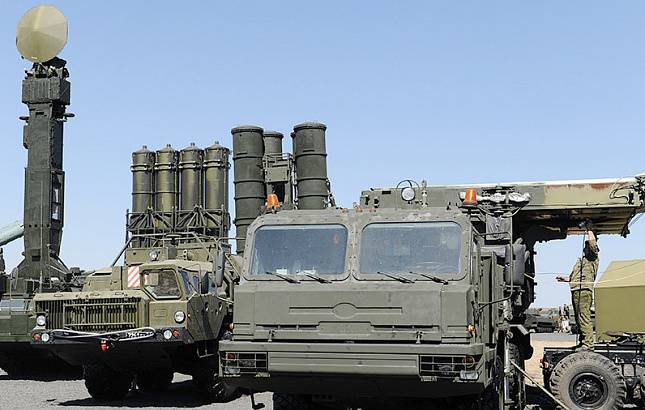 For more than half a year the Saudi princes have been living in constant fear. In February 2017, the Yemeni rebels successfully bombarded the suburbs of the capital, the city of Riyadh, and achieved an accurate missile attack on the territory of the military base of the royal armed forces. After that, the question of the “professional suitability” of the American Patriot air defense systems covering the capital finally disappeared, and it was time to think: what to do next?

When Saudi Arabia planned a blitzkrieg in Yemen at the beginning of 2015, its leadership even in the most terrible dreams could not have imagined that in two years the capital of the kingdom would be subjected to rocket attack in response.

The war plan looked beautiful and real. The forces of the coalition collected by the Saudis were significant. According to the calculations of the Royal General Staff, the campaign could last a maximum of 2-3 of the month. 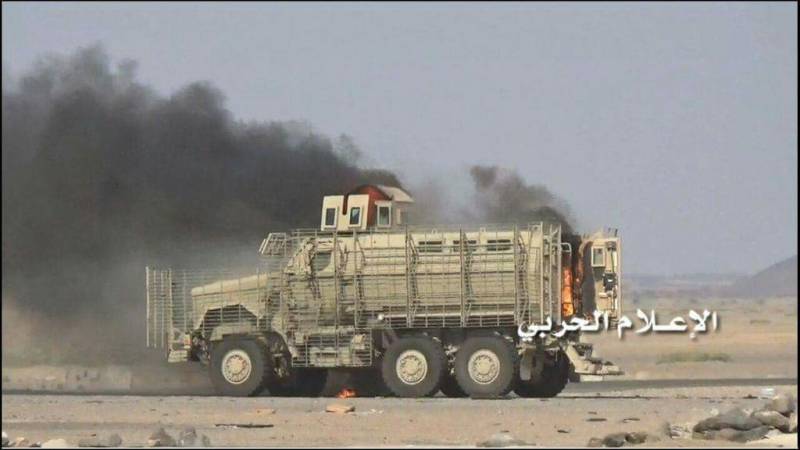 But the unexpected happened. Ordinary villagers and part of the Yemeni army, armed mainly with small-arms and portable anti-tank weapons, using partisan tactics, stopped the advance of well-armed invaders. After several more attempts by the Saudi coalition to reverse the situation in its favor, the war took a protracted character, and by mid-autumn 2015, the front line took the configuration that has been preserved on the whole so far.

Even before the war, Yemen had Soviet P-17 ("Scud-B" according to Western terminology) Soviet missiles that could strike at a distance of up to 300 km. And also North Korea (or Iranian) improved clones of these missiles (Scud-C) were purchased from Syria.

The first Yemeni long-range ballistic missiles were launched around the kingdom in June 2015 of the year, but were intercepted by the Patriot air defense system. The second shelling occurred on August 26 and with the same result. It was only on the third attempt that the Yemenis were lucky. The airbase, located in the south-west of the country near the town of Khamis-Mushayta (about 250 km from the front line or about 350-400 km from the place of the likely launch) was struck.

On the whole, 2015 ended the year in favor of the Patriots. And then began what nobody expected ...

"Patriot" is not the same 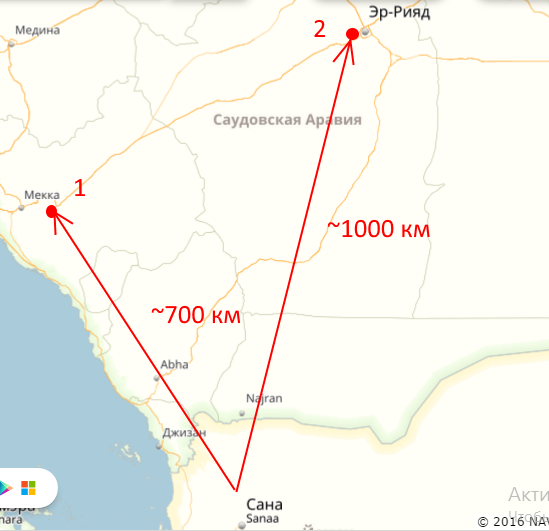 After a long break, in September 2016, a new Yemeni ballistic missile struck a Saudi military base near the city of Taif (1) (approximately 600 km in a straight line from the front and 700 km from the probable launch site). It was clear that the kingdom was hit by one of the latest versions of Scud, produced today in Iran and the DPRK. And the worst thing for the leadership of Saudi Arabia was that the Patriots were powerless against the new missile threat.

Back in September, 2016, the leadership of the rebels warned that the next target would be the capital of Saudi Arabia, and ... kept its word.

6 February 2017 was hit by the Mazahimiya military base (2), located 20 km west of Riyadh. This news caused a panic in the capital and a denial of the official authorities, who did not dare to tell their subjects the truth, Saudi Arabia is completely defenseless against the missile gifts of the Yemeni rebels.

It was necessary to urgently look for a replacement for the outdated "Patriots" ...

Russia or the United States?

Today in the world there are only two manufacturers of modern air defense systems: Russia and the United States. In 2016, the Saudis didn’t have a question about who to buy anti-missile systems from. Russia is the enemy, and the USA is a friend, and therefore there was actually no choice.

That is why in the summer of 2017, during the visit to Saudi Arabia of 45 US President Donald Trump, an agreement was reached on the supply of THAAD to the Kingdom of 44 launchers, 16 command and control centers and seven guidance radars. All this (together with 360 rockets) cost the royal treasury a round sum of 15 billion dollars.

It would seem that there should be no problems with supplies, but the State Department, despite the promises made by Trump, was in no hurry to give permission for export.

A bolt from the blue for Americans struck 6 on October 2017, when it became known that Saudi Arabia wanted to buy, and Russia agreed to sell four C-400 division kits for 2 billion dollars.

On the same day (!!!) the US government approved the sale of Saudi Arabia THAAD air defense system.

Tellingly, the four C-400 divisions are in fact the same kit as the USA (48 PU and 8 guidance radars). As we see, “anti-missile” contracts with the United States and the Russian Federation are essentially similar and “interchangeable”, but what is the difference in price? Is the American air defense system so much better?

The issue is controversial, and in the case of Saudi Arabia, and senseless. Both systems can easily intercept the Scuds and any other missiles that may appear in service with Iran and other enemies of the kingdom in the foreseeable future.

Also in the case of Saudi Arabia, the issue of contract value is not as critical as the issue of security, and therefore the decision will be made not in the economic sphere, but political. And there is another very important point that makes the choice of princes very difficult ...

Why does Russia supply the “enemy” with the latest air defense systems? 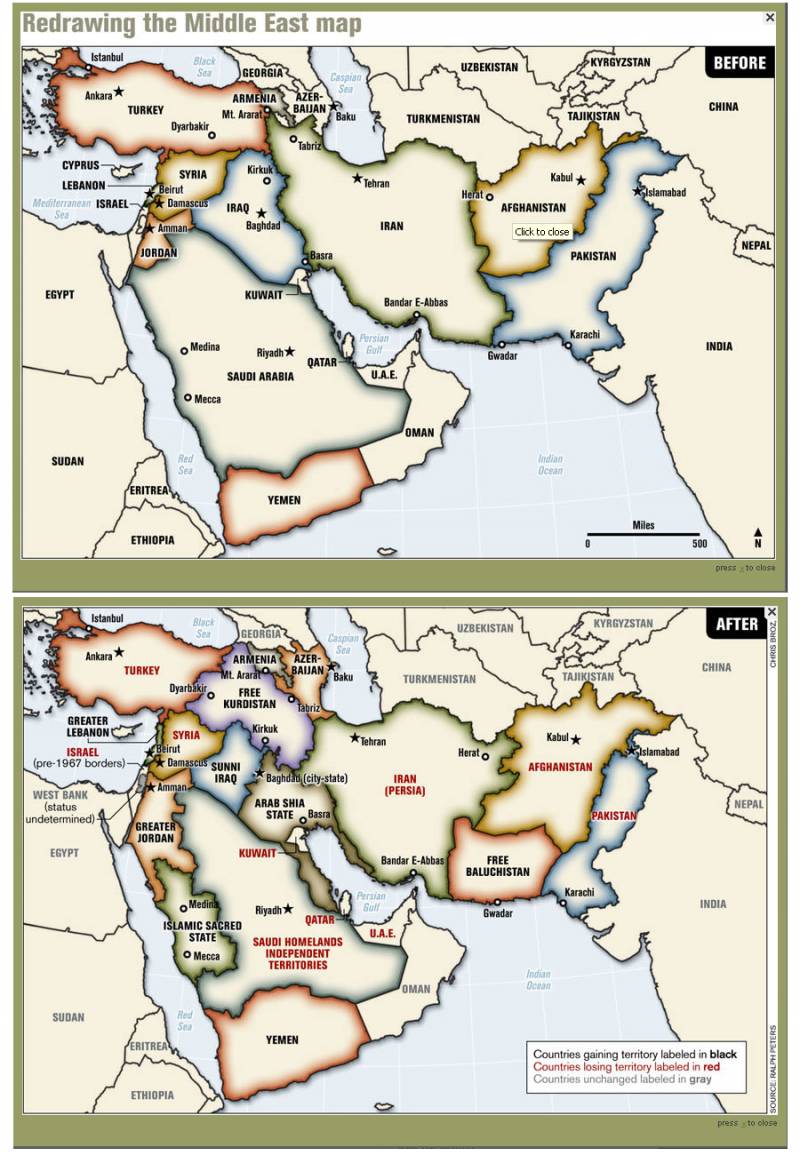 We see that the Kingdom of Saudi Arabia, according to the plan of Washington, should lose a significant part of its present territory (including in favor of Yemen). They laughed at this card for a long time and said that it was a fake, but the events of the “Arab spring” and their consequences showed that this is the real American plan to reformat the Middle East.

If anyone forgot, under Barack Obama, Saudi Arabia was found guilty of the September 11 2001 terrorist attack of the year. Even then, American society began to prepare for the fact that the most faithful and reliable ally of the United States in the region is not such a friend of America ...

Russia just does not need to destroy Saudi Arabia. She needs to return stability and peace to the region and the best way to achieve this is to restore the pre-war status quo. Moscow has already managed to drag former opponents into its camp, Iran and Turkey, which, in turn, hope to solve their geopolitical problems with the help of Russian influence.

But for Russia, it harbors a threat. As soon as the US loses its influence in the Middle East, and Saudi Arabia will be crushed, Ankara and Tehran will start their “elder” brother. To avoid this, Russia should not finish off, but support the Saudi princes who are in a difficult situation. It is necessary to protect their heads with their missile systems from the former Soviet and now Iranian missiles and in no case prevent today's allies to stop needing a new guarantor of stability in the Middle East.

Ctrl Enter
Noticed oshЫbku Highlight text and press. Ctrl + Enter
We are
NATO air defense system in Europe. Part 2Iran in the Syrian conflict. The confrontation with Saudi Arabia and the interests of the Shiites
24 comments
Information
Dear reader, to leave comments on the publication, you must to register.