October 10 2017
112
The military department plans to reduce the amount of funds that are supposed to be allocated for the repair and modernization of the heavy aircraft-carrying cruiser (TAVKR) "Admiral Fleet Soviet Union Kuznetsov, "said a source familiar with the situation.

Instead of the previously planned approximately 50 billion rubles, it is envisaged to allocate about half of the previously announced amount for the works
- he specified. According to him, the reduction in funding will primarily affect modernization issues. 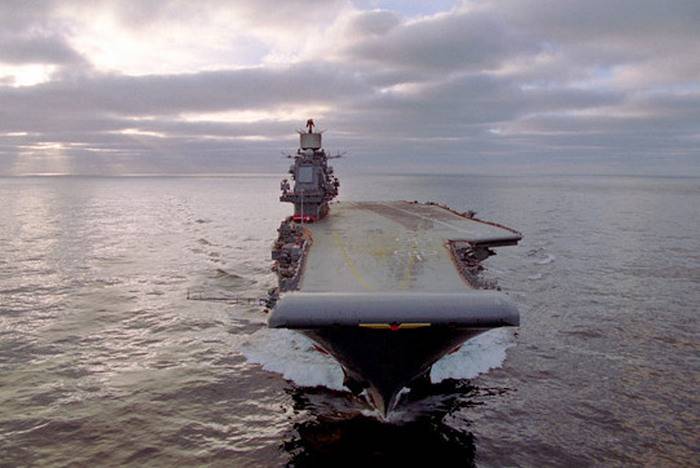 The repair will be completed in full.
- sure source.

Previously, according to another source, it became known that "the repair and modernization of Admiral Kuznetsov" was supposed to be carried out in the minimum amount, it was planned to allocate billion rubles to them for 50.

Much or little, obviously a little. 50 billion rubles is a little more than $ 800 million. Repair and modernization of the Vikramaditya aircraft carrier of the same type cost the Indian Navy an estimated $ 2,3 billion.
- He reminded.

As reported, the repair of "Admiral Kuznetsov" will primarily be associated with the replacement of boilers of the main power plant. The modernization was supposed to radar and electronic weapons, as well as aviation navigation complex, transmits "Interfax".

Ctrl Enter
Noticed oshЫbku Highlight text and press. Ctrl + Enter
We are
Russia and India finally agreed on Vikramaditya work scheduleMoney for the army is not enough
Military Reviewin Yandex News
Military Reviewin Google News
112 comments
Information
Dear reader, to leave comments on the publication, you must to register.