Russian VKS destroyed the economy of the IG * in Syria

October 10 2017
15
The aerospace forces of Russia destroyed the economic infrastructure of the Islamic State terrorist group (IG *) in Syria, and stopped attempts to resume the extraction and sale of hydrocarbons by terrorists. About this on Tuesday, October 10, said the official representative of the Russian Defense Ministry, Major General Igor Konashenkov. 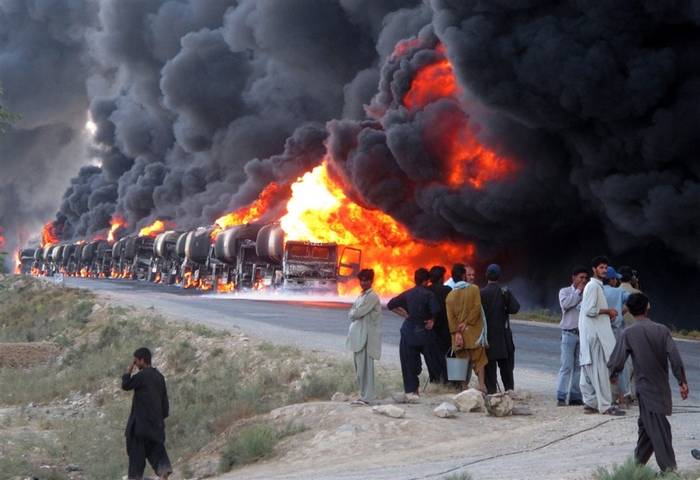 There are no sources of financing the purchase of weapons and ammunition, as well as recruitment of mercenaries from IS * in Syria
- he added.

At the same time, Konashenkov noted that in the western part of Iraq, the territory controlled by ISIS continues to increase, as militants reinforcements arrive there.

7 October it became known that the Russian VKS destroyed the command post of the IG in Syria. According to the official representative of the Russian Defense Ministry, militants were killed before 80, among them influential field commanders of the IG. Also 18 off-road vehicles with large-caliber weapons and three ammunition depots were destroyed, RIA News.

Ctrl Enter
Noticed oshЫbku Highlight text and press. Ctrl + Enter
We are
Igor Konashenkov presented new information on the actions of the Russian Aerospace Forces in Syria and called the State Department’s comments on this subject “performance of hypnotists from the big top circus”China expands its amphibious capabilities
Military Reviewin Yandex News
Military Reviewin Google News
15 comments
Information
Dear reader, to leave comments on the publication, you must to register.