October 10 2017
4
During the training of the Collective Rapid Reaction Forces (CRRF) of the states of the Collective Security Treaty Organization (CSTO) Interaction-2017, army, fighter, and assault training was held aviation Russian base "Erebuni" and the Armenian Air Force, reports Interfax-AVN Post press service of the Southern District. 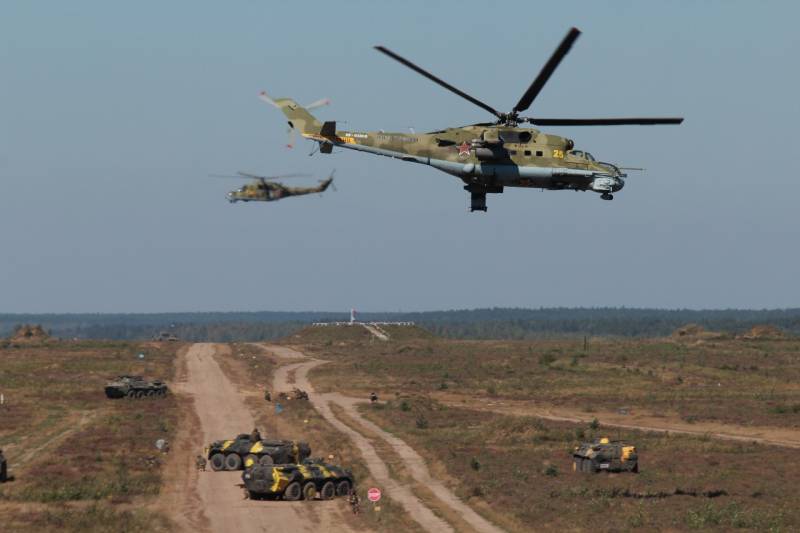 It is reported that "during practical actions, the MIG-29 fighter unit worked out covering ground units in the course of performing tasks in mountainous areas and conducting air combat training at various altitudes during the day and at night."

The crews of the assault and army aviation of the Armenian Air Force and the Russian military unit of the Southern Military District "launched conditional missile and bombing attacks on ground targets and provided cover for the CSTO RRF corps from Armenia, Belarus, Kazakhstan, Kyrgyzstan, Russia and Tajikistan, participating in joint exercises at the Bagramyan test sites and Alagyaz, ”told the press service.

The general management of the exercise is carried out by Colonel-General Alexander Dvornikov, commander of the Southern Military District, and the maneuvers will last until October October.