NATO missiles in our mines: what happened to the Soviet military units in Eastern Europe

October 10 2017
13
Soviet troops in Central and Eastern Europe ensured the security of the peoples of the USSR, the Slavic and other peoples of Europe. The USSR pursued no other goals. It was precisely to ensure the security of the Soviet Union invested heavily in the restoration of industry, residential buildings and cultural facilities in the liberated countries of Europe. 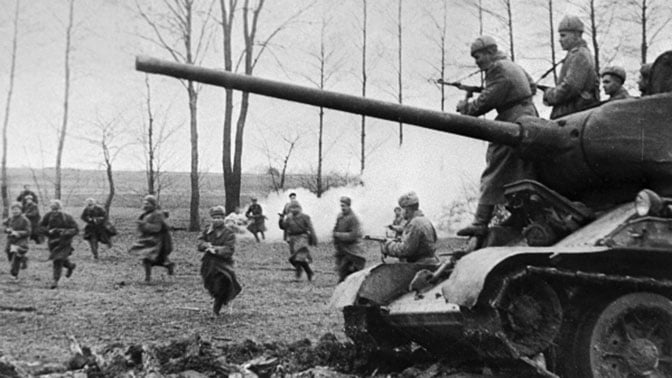 It is not by chance that I. V. Stalin, in his address to the Soviet people 9 in May 1945, said: "The centuries-old struggle of the Slavic peoples for their existence and independence ended in victory over the German invaders and German tyranny."

Read the full article on the website of TC "Zvezda" - NATO missiles in our mines: what happened to the Soviet military units in Eastern Europe
Ctrl Enter
Noticed a mistake Highlight text and press. Ctrl + Enter
We are
About Stalin and KhrushchevThe value of Stalin for modern society. Round table
13 comments
Information
Dear reader, to leave comments on the publication, you must to register.