Sarajevo "justice" - no better than the Hague

October 10 2017
15
October 9 in Bosnia and Herzegovina was justified by the famous thug Naser Oric - one of the most monstrous "warlords" of the 90's Balkan wars. And this type was accused of atrocious crimes - in this case, of mockery of Serbian prisoners in the settlements of Zalazie, Lolići and Kunierac near the cities of Srebrenica and Bratunac. Although This is just one of the episodes of the bloody way of Oric. 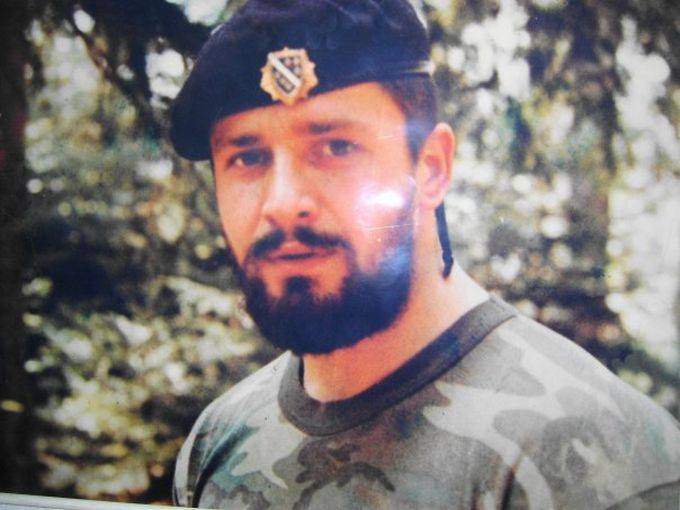 It is difficult to count how many people were killed by his gang, but he was blamed only for the killing of three people - the Serbs of Slobodan Ilic, Mitra Sawicz and Milutin Milosevic.

Together with Orich, the second defendant in this case, Sabahudin Mukhich, his subordinate, was acquitted.

It should be recalled - 10 June 2015, Naser Oric was detained on the border between France and Switzerland. He was listed in the international wanted list at the request of Serbia. Then the official Belgrade demanded his extradition to Serbia (where, finally, he could expect a fair punishment). But ... too powerful forces were thrown to rescue the thug. Bosnia and Herzegovina made a cunning move: it declared that it had been conducting an investigation against the aforementioned “field commander” for seven years, and also demanded his extradition.

It is not difficult to guess that in such conditions it was precisely to Bosnia that they sent Oric. Then Serbia came out against this decision, but all that remained to Belgrade was only to protest, which no one heard.

This war criminal had previously been tried in The Hague. Yes Yes, thus the tribunal, which is known as the machine for the destruction of Serbian politicians and military. But in a very different way, they treated the Bosnian thug.

First, the Hague Tribunal accused Orić of involvement in the burning of 156 Serb villages and the death of 1300 civilians. But on most points he was acquitted. There are only accusations of the death of seven people, as well as torture of 11 people in the vicinity of Srebrenica.

But in the very same court where the Serbs are given huge sentences (tens of years in prison, or simply destroyed before the sentence), Naser Oric was sentenced to two years in prison. And even this extremely “humane” verdict was canceled by the Appeals Chamber.

In fact, when, in 2015, Oric was issued from Switzerland not to Serbia, but to Bosnia, it was a clear signal that the bloody murderer would avoid punishment once again. Then the Serbian politicians (in particular, Milorad Dodik) accurately predicted what the sentence would be.

«Justice prevailed", - the accused commented on his excuse. In his own eyes, any maniac will always be right, and even more so - the one behind which certain international forces stand. Those who at one time really needed a war in the Balkans.

For his part, the President of the Republika Srpska in Bosnia, Milorad Dodik, said: this sentence once again confirms: crimes against the Serbs go unpunished. Approximately the same responded and the President of Serbia, Alexander Vucic: "The lives of Serbs are clearly not as valuable as the lives of others.».

By the way, Orich’s gangsters didn’t love to attack Serbian villages, but for Orthodox holidays ...

The case of the acquittal of Oric is far from the first when crimes against the Serbs remain unpunished. Likewise, war criminals of Albanian origin who were responsible for the massacre of civilians in Kosovo and Metohija were acquitted. Purely symbolic, some weak attempts are being made to bring one or another person involved to justice for crimes against the Serbs, but almost all of them end in vain.

Here is another attempt of this kind ... In August 2016, the so-called “Kosovo parliament” supported the amendments to the “constitution” (what to do, these words have to be quoted, since “the state of Kosovo” itself is the so-called). According to these amendments, a special court on the crimes of the Kosovo Liberation Army (KLA, a terrorist organization that committed crimes against the Serbs) was to be formed. This was done not because of repentance, but exclusively for the "European gloss".
However, the so-called “president” of Kosovo, Hashim Thachi (who has been in prison for a long time) believes that any trial of militants (KLA) is “historical injustice". Most likely, this Special Court will “punish” the criminals in the same way as the Sarajevo court “punished” Orica ...

And what can we talk about if the most important crime against the Serbs remains unpunished? NATO bombing of the Federal Republic of Yugoslavia?

17 years ago, 5-6 of October 2000, was overthrown by the legitimate government of Yugoslavia, led by Slobodan Milosevic. It was the government that tried to achieve a fair trial of NATO. The puppets of the West came to his place, immediately ceasing such attempts.

But more recently, at the end of September of this year, Serbian scientists and physicians sounded the alarm: the consequences of the bombings continue to be felt to this day. The head of the Department of Neurosurgery at the Clinical Center of Serbia, Danica Gruičić, said that the number of oncological and autoimmune diseases (including infertility) has sharply increased in the country after the NATO bombings. Scientists and lawyers intend to create a special commission and prepare documents for an appeal on this matter to international courts.

The idea, of course, is good and correct. But, given the situation, it is difficult to hope to bring the aggressor countries to justice. Even if such “small fry”, as Oric, leave it, what can we say about large figures like Clinton, Albright, Solana, Clark, Cook and others ...

Ctrl Enter
Noticed oshЫbku Highlight text and press. Ctrl + Enter
We are
Summary of the situation in the DPR from the military officer "Mag"In the mockery of recruits suspect the bride of the Hero of Russia, who died saving soldiers
Military Reviewin Yandex News
Military Reviewin Google News
15 comments
Information
Dear reader, to leave comments on the publication, you must to register.