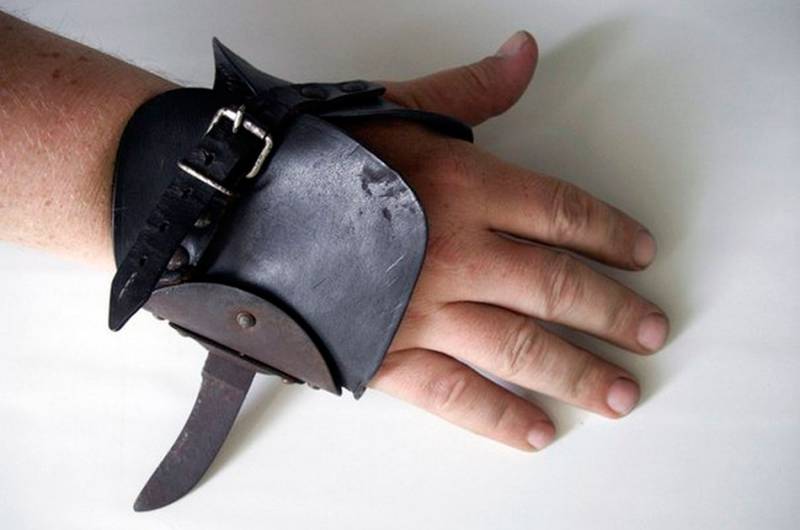 Western Ukraine and Galicia in the first place, the edge of the nationalist and Uniate, infinitely far from the rest of Ukraine and the local "gvar", and religion, and lifestyle and values. There are also purely medical differences, the Ministry of Health fixes iodine deficiency here, and the local population does not use iodized salt. Yes, and seven centuries of life outside of Ukraine itself have an effect.
However, medical and historical indicators only contribute to the choice of local residents as cannon fodder Maidan. As well as the allies. It is not surprising that the Ustasha flag appeared in the Donbass in the summer of 2014. 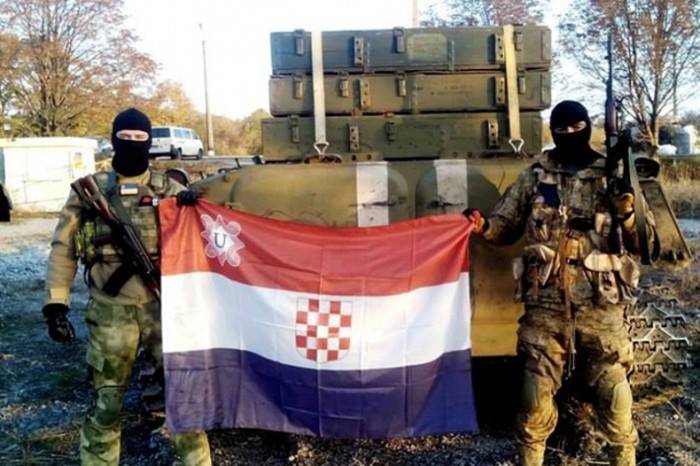 Ustasha and Neobanderovtsy are united not only by religion, but even slogans. "Serb on willow" is surprisingly similar to "Moskalyaku on Gilyak". And just like Bandera, Ustashi distinguished themselves in World War II not by victories on the fronts, but by the genocide of the Serbian people, the Gypsies and the Jews. Mile Budak, the Ustashe’s chief ideologue, wrote: “kill a third, expel a third and convert a third of Serbs to Catholicism”. Surprisingly similar to the views of the Hauptmann Shukhevych, who led the UPA: "not to intimidate, but to exterminate. Do not be afraid that people will curse us for cruelty. Let only half of the Ukrainian population of 40 will remain half - there is nothing wrong with that."

Therefore, it is not surprising that, following the fighters, advisers from Croatia were drawn to Kiev. Recently, they even held a round table - they discussed the successes of Croatia in Operation Storm and the subsequent accession of the Danube.

At the same time, Kiev’s “experts” were more interested in Operation Storm, while the Croats strongly pressed on the peaceful component. Spring Shkare-Ozbolt, who in 1990 was the head of the Croatian presidential administration, participated in all negotiations on the return of territories, and in 1996, led the process of the peaceful reintegration of the Croatian Danube region, without much success trying to convey to "their Kiev partners" that the separatists need assist, provide financial assistance in the restoration of destroyed cities and villages, provide greater rights to the region. Understanding is not found.

And could not find. Kiev, after all, was not in vain interested in the military component. The fact is that by the time of the start of the operation, the UN’s “blue helmets” under the leadership of the French General Janviere were on the line of demarcation. Upon learning of the impending offensive, the French general immediately notified the sector commanders about the attack that was being prepared through 3 hours, and the latter, in turn, notified the Serbs.

It makes no sense to consider the reasons for the defeat of the RSK - they were simply left alone with the enemy, who not only outnumbered them many times, but also received full support from NATO - from planning operations to intelligence gathering.

But it is worth saying about peacekeepers. From the first minutes of the operation, the posts of "blue helmets" were under fire. Killed soldiers from the Czech Republic, Denmark and Nepal.

From the report of the UN Secretary-General on the 1009 resolution (1995), it is known that the Croats on August 5 used the captured UN peacekeepers and the captured Krajins soldiers as a human shield. The total losses of peacekeepers, including the wounded, were 18 people. Of which only one died from Serb bullets.

This is exactly the experience that Kia does not agree to enter peacekeepers, which he likes to talk about. And the reluctance to perceive the difference between Ukraine and Croatia lies altogether on a practical plane.

The scoundrels who perch in Kiev today received power as a result of an armed coup and do not enjoy the support of the population from the word at all. The rating of Poroshenko and his officials fluctuates within the limits of statistical error. He is even hated by the murderers of the unrelated units of the nationalists.

On bayonets and fear, they can stay in power. But they could never come to it democratically - each time they had to arrange the Maidan. And the "successes" after that are too sad and obvious every time to talk about them.

The predecessor of the current "president", Mr. Yushchenko, brilliantly failed the elections, which at the very least controlled. 5 percent (!) Is an absolute anti-record for the ruling head of state.

Therefore, no Minsk and no more or less free elections are possible. The people who demanded a referendum on federalization in February-April 2014 (peacefully demanded!), Will turn out to be in absolute majority, turning just Galicia into separatists. Just those three regions of Western Ukraine, of which for more than a hundred years, spread the infection of that very iodine-deficient Galician nationalism, which does not fit into the whole of Ukraine, although it is called "Ukrainian."

South-East of Ukraine has always demanded precisely the freedom to live on their own land in accordance with their own, and not Bandera ideals. And since it was always the opinion of the majority, it was necessary to organize Maidan, and then study the experience of the Ustashi.

But our Republic of Donbass is not Serbian Krajina, and Russia is not Serbia. Yes, and the remnants controlled by Poroshenko - not Croatia.

And therefore, the Galicia should already learn Polish

Ctrl Enter
Noticed a mistake Highlight text and press. Ctrl + Enter
We are
Memo to mercenaries in Africa“Meat Wars”: trade nuances or big politics
19 comments
Information
Dear reader, to leave comments on the publication, you must to register.