100 years of guilt before the Russian soldier 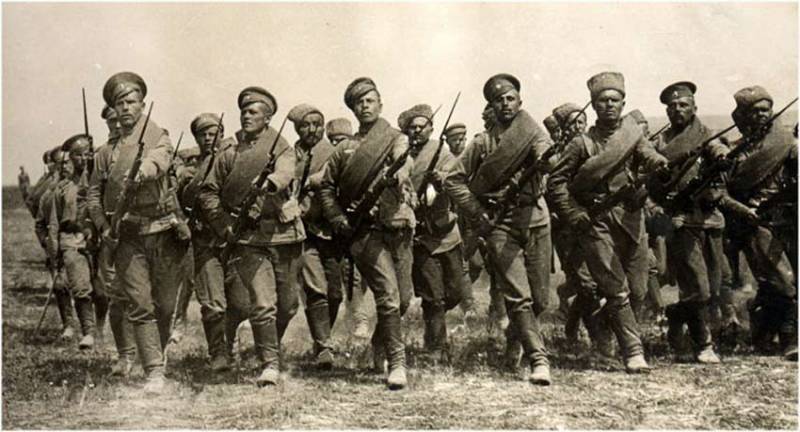 In just over a year, Europe will mark a hundred years since the end of the First World War. The victors - with pathos, the defeated - just pay tribute to their dead.

But will celebrate. And not because that war in Europe is called the Great War. Although this too.

As always, we will have silence, perhaps, of course, something disturbed. Attempts are made from time to time, but ... It is difficult to talk about what 100 was silent for years.

Even in school textbooks today, a couple of paragraphs are allotted to that war at best. So it was all 70 years of Soviet power, so there is almost 30 years of democratic.

Yes, it is difficult to clearly speak about the war, in which, being in the winning coalition, Russia turned out to be the losers. There were many reasons for this, which we will definitely analyze in detail, but the basic idea is absolutely not about that.

Russia was drawn into that war, not having (unlike the allies) no territorial claims or a desire to stop the development of opponents. First Russia declared war only on the Ottoman Empire, from the rest it took up the challenge. 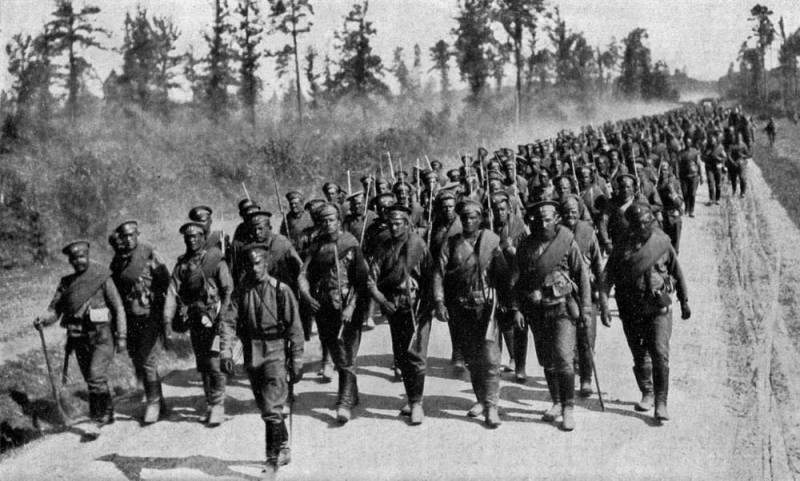 And the Russian soldier again, like 100 years before, in the war against the European team under the command of Napoleon, became the savior of Europe. And not only Europe, speaking of the battles of the First World War, for some reason, we completely forget about the Caucasian front.

If it were not for the stamina of the Russian soldier, if not for the Eastern Front, which had become a bloody meat grinder for the troops of the Central Powers, we have no doubt about the outcome of the war. England, of course, would sit behind the strait, bristling with its instruments fleetand France would be a bat. How was beaten by the Germans shortly before this war.

The Russian soldier became the shield that the troops of the Fourth Alliance (Germany, Austria-Hungary, Bulgaria and the Ottoman Empire) fought against. And shield reliable. What happened in 1917 year is a separate conversation, but before the October events Russia was a reliable ally, and the Russian soldier was an honest ally of the British and French.

Unjustly forgotten, even in their own country.

Having arranged a simple poll in my own social circle, I interviewed more than 40 people. From 20 to 50 years. The results are terrifying. I will not give results, it is too shameful.

We simply do not know anything about that war and about the role of our ancestors in it. Shameful bleating - that's what I heard from the majority of respondents.

Blame it? If it is to blame, then our Soviet and Russian educational systems, which over the course of 100 years, preferred to keep silent about the role that our ancestors played in that war.

So, something needs to be fixed, even in 100 years.

Russian soldiers and officers are not to blame for forgetting about them. They simply fulfilled their duty, for faith, the king and fatherland, performing feats in the name of these simple truths.

And this, we note, were the fathers and grandfathers of those who, through 23 of the year (only!), Got in the way of the fascist hordes. And there were those who took the second time weaponand again became a world war soldier.

We with the Belarusian colleague and historian Alexander Prokurat decided to publish here a series of materials on stories Russian army in the First World War. And thus give at least part of that bit of respect to our ancestors who honestly fought for Russia in the fields of that war.

This is the minimum that requires us to respect the stamina and spirit of the Russian soldier, his honor.

We hope that these articles will be interesting to readers. We were joined by people who are not indifferent to this topic from Russia, Belarus, Poland and Germany, so there is confidence that we will be able to slightly open up previously unknown pages of our history.

In the name of honor and glory of the Russian soldier.

Ctrl Enter
Noticed oshЫbku Highlight text and press. Ctrl + Enter
We are
Chernobyl notebook. Part of 3The hunt for the Blackbird
Military Reviewin Yandex News
Military Reviewin Google News
178 comments
Information
Dear reader, to leave comments on the publication, you must to register.