A nightmare of the Democratic Party of Moldova and its supporters 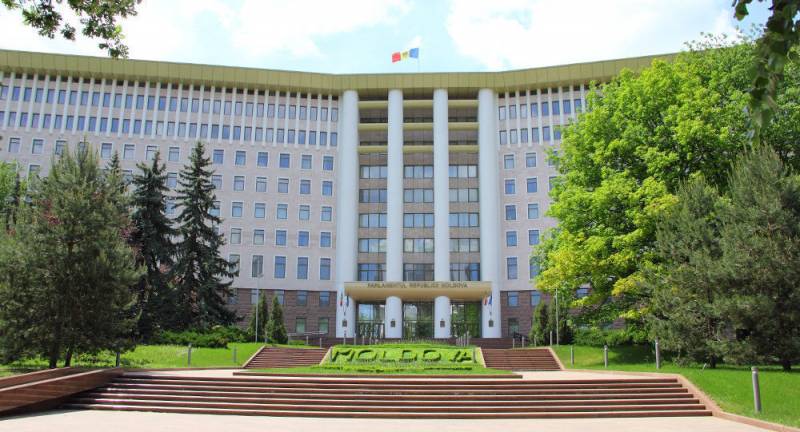 Will the current Moldovan parliamentarians fulfill their mandate to the end and can early elections to the highest legislative body of Moldova be held?

In their forecasts, experts and political scientists emphasize that the requirements for the dissolution of parliament on the eve of the next official election campaign, which is just over a year away, lose their relevance. In connection with these liberals, democrats and liberal democrats decided to focus their efforts not on preventing the possibility of early elections, but on preparing for the upcoming elections in November 2018 and giving their parties extra time on Moldovan public television.

However, taking into account that the country's president, Igor Dodon, and the Socialist Party lead an extremely thoughtful and consistent policy that fully complies with the election promises of the current leader of Moldova, opponents of the pro-Russian political course are at a disadvantage. The level of trust in “Westerners” among citizens is steadily declining, and the socialists, by their actions aimed at developing the country, increasing the well-being of the population, preserving the sovereignty, independence and territorial integrity of the state, continue to gain popularity.

Therefore, the likelihood of early elections, no matter how the Moldovan liberals and democrats conceal it, is not just a direct threat to their political and, importantly, financial future, but can lead to a long-awaited political course for all ordinary Moldovans to cooperate with Russia Federation. Such a scenario is a terrible dream of officials, whose well-being directly depends on “lucrative” contracts with the West. These gentlemen have completely forgotten that in any agreements between countries in the international political arena, the participants and beneficiaries are not only the officials themselves, but also the population of the countries they represent.

The activity, for example, of Vladimir Plakhotnyuk, does not at all meet the above condition. But he is in fact the richest citizen of Moldova, which automatically, according to the canons of capitalism and democracy, makes him at the same time the most influential. And since his political weight is primarily due to money, rather than the desire to restore order in his country, this is why he and the officials and deputies under his control are actively engaged in promoting the so-called pro-Western policy aimed at integrating into Euro-Atlantic structures and moving away from Russian Federation. Money to money, and the people will tolerate.

So in the event of a change in the balance of power in parliament by dissolving the country's highest representative and legislative body and holding early elections, our hero, billionaire and philanthropist will most likely act according to a well-developed pattern - “a suitcase, a station, some direction”. And if the first point of the plan in any case remains unchanged, then the remaining two may have some variations. The station can be replaced by the airport, and the direction will be determined by the western curators. They can be like, for example, Romania, or one of the countries of the former Yugoslavia, or even Ukraine, as the local leading actor of the touring troupe of international political clowns, Mikhail Saakashvili, is rapidly losing its popularity and runs the risk of going to an honestly earned early retirement pension at a public institution in Georgia.

In general, the employees of the Moldovan affiliate to spread American democracy and supporters of capitalist values ​​should not relax. The fact that just over a year is left before the elections does not mean that the early elections will not take place. Yes, even if it happens a month or a week before the official expiration of the term of deputy mandates of the current convocation, this will mean a complete fiasco of the liberal-democratic pro-European course. However, it is worth noting that even in the case of holding elections just in time, the probability of a parliamentary majority passing to socialists is increasing daily. Therefore, it is not so important whether the terrible dream of Plakhotnyuk, Sandu or Nastase about early elections will come true. The important thing is that these people, feeling the threat to their political careers, in agony are finally starting to think about the results of their destructive activities for Moldova.

Ctrl Enter
Noticed a mistake Highlight text and press. Ctrl + Enter
We are
What you didn't want to know about EnglandEgypt prepares Bedouin army against Israel: Israel today
7 comments
Information
Dear reader, to leave comments on the publication, you must to register.