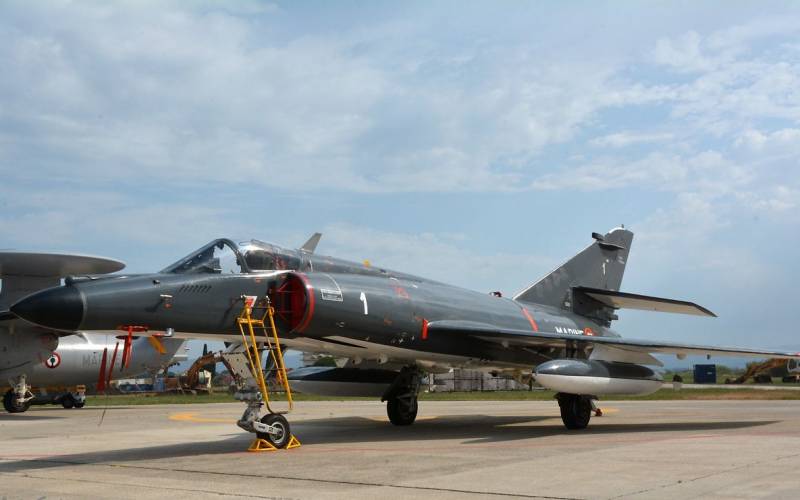 The first serial carrier-based fighter-bomber Dassault Super Etendard of the French Navy with a serial and tail number "1". The board made the first flight of the 24.11.1977 and was transferred to the French Navy 28.06.1978.

The contract value was 14,23 million euros, of which 12,55 million was actually for airplanes and spare parts, the rest - for re-entry and transportation.

All machines belong to the latest modification of the modernization of SEM5, according to which 35 aircraft from the 2006 th to 2012 year were modified.

According to the resource, at the beginning of the 2017 of the year, the 2 th naval fighter-assault squadron nominally continued to be 11 of Super Etendard aircraft, but none of them was in flight.

The French Navy received the 71 serial Super Etendard aircraft between 1978 and 1982. They were finally decommissioned in July 2016.

Ctrl Enter
Noticed a mistake Highlight text and press. Ctrl + Enter
We are
The first two "Rafal" for EgyptThe 20 rating of the largest arms deals, decisions on which were made in 2012
12 comments
Information
Dear reader, to leave comments on the publication, you must to register.