In anticipation of the financial crisis. When will the wallets be empty again?

October 10 2017
44
Experts predict a new financial crisis. When will it break out? Is it not 2018 in the year? We celebrate the anniversary of the 2008 crisis of the year, citizens! 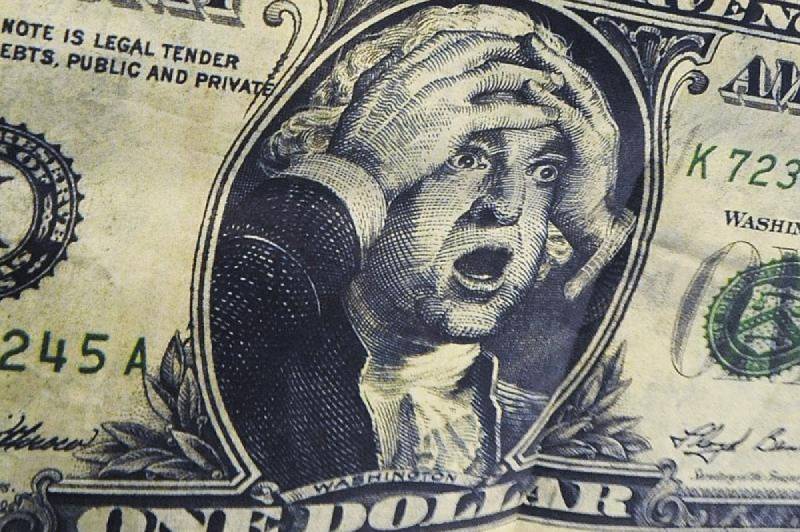 Marko Kolanovich, a well-known strategist at JPMorgan, is predicting a new global financial crisis. He even outlined his signs. These very features: liquidity shortage, high inflation, breaking the financial system. In general, the picture looks a lot like historical 2008th year

JPMorgan even came up with the name of the next financial crisis.

The company is not sure about the date of the onset of the so-called Great Liquidity Crisis, but notes that the “tension” will begin to grow as early as 2018, when the Federal Reserve begins to reduce its bloated balance sheet.

The U-turn of the US Fed from unprecedented easing of monetary policy to tightening can really lead to a market crash. It will be a very wicked irony! It is that the mitigation policy was the very incentive that helped save world markets from a disaster in 2008, the year of the last global financial crisis.

Speaking of that crisis, JPMorgan recalls that it, too, was caused by the collapse of liquidity. The current crisis can be just as overwhelming.

According to him, the date will be “largely” determined by the rate of normalization of the balance of the US Federal Reserve, the dynamics of the business cycle and related events. Therefore, "it cannot be known exactly." At the same time, JPMorgan strategist unequivocally argues that the new shocks will be “like the global financial crisis of 2008 of the year,” which analysts made their first predictions back in the year of 2006.

2. Risks associated with private capital. The expert predicts a decrease in activity in the framework of value investment strategies, along with an increase in private capital. This will reduce the current portfolio volatility, but will increase the side liquidity risks. And, unlike state assets, the difficult liquidity situation in the private segment can be disrupted for a long time.

3. The increase in assets transferred to investment firms, in accordance with the strategies of "programmed" sales. Over the past decade, there has been an increase in passive and programmatic strategies that focus on market impulses and asset volatility. Shock shocks lead to lower prices, which triggers “programmed” sales.

4. Trends in liquidity provision. Shift of emphasis from human factor to programmed liquidity based on volatility. This trend reinforces the market momentum and reduces current volatility, but increases the risk of failure.

5. Prediction of portfolio risks. Over the past two decades, most risk models have correctly taken into account the rate on bonds to neutralize risks. However, at a crucial stage, this policy is likely to fail.

6. Inflated valuation. A long time ago, most of the assets reached the historical limits of their estimated value. This is especially noticeable in sectors that are directly comparable to the price of bonds (for example, in the credit sphere, in the field of technology and the Internet).

What is the situation right now? After all, the S & P500 index has reached a record high, and profit growth is still continuing.

Kolanovich “readily acknowledges,” the newspaper notes, that the current conditions are “beautiful.” And this growth of the markets is confirmed by optimism regarding the reform of the tax system and the rotation of the stock market at the sector level.

On the other hand, a financial strategist is concerned about the dangers lurking "in the shadow of the market" - the hidden risks described above, which have already created what lurks in the depths like an iceberg.

A new financial crisis can “wait around the corner,” writes "The Telegraph". The change of the cycle will bring the abolition of the policy of "soft" money in the United States. The decade of "mitigation" is coming to an end!

Since the beginning of the 2008 crisis, central banks have acquired financial assets worth about 15 trillion. dollars. Marko Kolanovich warns: next year the Fed starts to move in the opposite direction, and “potentially” it will lead to a crisis.

An outflow or at least the absence of a new inflow of money due to the cancellation of the previous incentives may lead to “a decrease in assets and disruptions in liquidity,” and this will cause a collapse.

Last month, US Federal Reserve Chairwoman Janet Yellen announced the transition to a new policy and the sale of securities acquired as part of her quantitative easing program (QE).

Earlier, like the publication, the coming crisis was predicted by strategists at Deutsche Bank. They argued that US Fed policies could lead to the next global financial crisis.

Meanwhile, the European Central Bank is also forced to decide on the fate of its own mitigation program (in the amount of 60 billion euros). He will have to do this in October 2017.

There is another threat.

In addition to reducing the Fed's balance sheet, there are also plans of the US Treasury: in the IV quarter, the Treasury intends to attract $ 500 billion in the domestic market. It is becoming more and more difficult for the United States to service its growing national debt, measured in trillions. “Such a huge loan [500 billion] will lead to an outflow from all markets: to a strengthening of the dollar, an outflow from the market of precious metals, raw assets, primarily oil, from the stock market. Now American exchanges are setting records for the Dow Jones, S&P 500, etc. But such growth cannot go exponentially, and the markets must correct. And, perhaps, such a correction will be connected with these plans of the Ministry of Finance, " Reedus Vice-President of the Golden Coin House, Alexey Vyazovsky.

At the same time, any correction (global sale) is intensified by the actions of exchange robots (by the very “programmed” sales, about which Kolanovich writes. - O. Ch.). On the next “black Tuesday” programs start selling securities, which intensifies the market decline. “Therefore, the more we grow, the more we will fall,” concludes Vyazovsky.

Of course, we note that a collapse or even a small upheaval on world markets will inevitably affect the rate of the Russian ruble: the Russian economy has long been open and strongly influenced by financial crises "from the outside." From the country can flow in a fast flow of capital in the currency, the ruble exchange rate may fall. However, the Central Bank of Russia can develop a program of adequate measures in advance: the crisis has already been predicted, even the term of the first market tension has been appointed - 2018 a year.