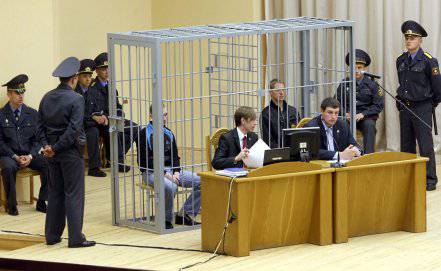 Once again, relations between Belarus and the European Union were tested after the recent execution of death sentences for two Belarusian citizens accused of terrorism. Recall that the Belarusian court considered the cases of Dmitry Konovalov and Vladislav Kovalev for a certain period of time after they were detained on suspicion of preparing and implementing an act of terrorism in the Minsk metro in April last year. As a result of a bomb blast at the Oktyabrskaya station, 15 people died, and more than two hundred were injured of varying degrees of severity.

Last week, both Kovalev, who had submitted a petition for pardon shortly before, and Konovalov, who had not filed such a petition, were executed, which caused an uproar in the European Union. In the direction of Alexander Lukashenko, who did not satisfy the petition of one of the convicts, spears and arrows flew from different EU countries, the ambassadors of which Brussels recently recalled from Minsk. No matter how epithets Alexander Lukashenko was honored by Western politicians of various stripes: some called him an inhuman dictator, others - the president, spitting on the European system of values, others - a retrograde, and almost no barbarian. Most of those who spoke out, including the clearly indifferent to the activities of the Belarusian president, Mrs. Catherine Ashton, in a strict form demanded that Alexander Lukashenko urgently impose a moratorium on the death penalty. They say that Belarus today in Europe remains the only state that applies the practice of this kind of punishment for criminal offenses, and therefore one should pay attention to what other European states did in this case.

However, with all due respect to the European system of values ​​and the “universal humanity” of criminals, Brussels should pay attention to how a public agreement was reached on the use of the death penalty in Belarus and in the countries of the European Union. If in the European Union about stories forget, then Brussels should be reminded that in 1996, more than 80% of the citizens of Belarus spoke in favor of the death penalty not being abolished. At the same time, no plebiscites on this issue were held at the level of the European Union itself. Simply, the heads of state, not really listening to the opinion of the people, created and passed laws prohibiting both the imposition of death sentences and their enforcement. It turns out that with democratic principles not everything is so smooth already in the European Union itself.

Of course, it is a nationwide referendum that is an opportunity to demonstrate the desire or unwillingness of society to legitimize the death penalty within the framework of the state or their union. And Belarus, with all the possible flaws in its legislation, this stage was in contrast to the “united European family”, in which, at the end of 70's, the guillotine cut off those sentenced to death.
At the same time, Belarus is not part of the Council of Europe, therefore, any Belarusian can exercise pressure regarding the use or non-use of the death penalty in this country, but not the one who walks under the banners of the European Council.

Only one thing is to talk about referendums and moratoria or the lack thereof, and quite another thing is to establish the fact of the administration of court decisions both in Belarus and in Russia. Recall that after appearing in the media news that the Pishchalovsky castle of Minsk (SIZO No. XXUMX) carried out the death sentence against the above-named convicts, like flowers and candles appeared at the Belarusian embassy in Moscow. These "offerings" can be viewed in different ways. Someone immediately caught up with the Russian opposition that they again decided to deliver a kind of blow to the stability of the political system in the union state. And someone saw this as a kind of gesture, aimed at the fact that a certain percentage of Russian citizens understand the imperfection of the judicial system in Belarus with a parallel transfer to the judicial system of the Russian Federation.

One may say that the death penalty should exist in Belarus, and should be “reinstated in rights” in Russia, but at the same time it should be understood that the third power (courts) both in our country and in Belarus not yet able to carry out independent activities. Yes, and investigative work often goes in a direction that can hardly be called objective. The sensational case in the Kazan department of “Dalniy”, which, obviously, is one of thousands of similar ones, is a clear confirmation of this. The Russian proverb “From scrip and from prison ...” eloquently says that the problems of justice in Russia (both in Russia and in Belarus) took place at various times, and remain unresolved to this day. To deny that the Russian and Belarusian investigating authorities and the courts often work according to a “sticky-pebbly” method (when new titles and substantial bonuses are awarded for the number of crimes and convictions disclosed by any means) are at least naive. Any “sticky-pebble” method is one of the key links of the corruption system or the usual complacency in inevitability of punishment for notorious criminals.

If we talk about the Belarusian precedent, it is striking how quickly Alexander Lukashenko announced the discovery of a crime committed in the Minsk metro last year. With the help of far from impressive with the quality of frames made by a video surveillance camera, Belarusian operatives literally went out on criminals the next day ... President Lukashenko said that operatives recognized them by walking (literally, like in a famous Russian song) when terrorists were walking around the city and went for liquor. No one is trying to challenge the professionalism of Belarusian operatives, as until recently no one doubted the reliability of the investigative methods of the Kazan police, but, as they say, questions remain ...

The big question is why Belarus decided to carry out the death penalty so quickly that they did not wait for the official decision of the Presidium of the Supreme Court. We will not make any analogies, but simply as facts, we note that if death sentences were carried out too quickly in the execution, for example, in the Soviet Union, then after a while the information came up that a fatal mistake of the court and investigation had come out. Yes, and there were a lot of facts when such sentences were carried out so that the suspects would not later reveal any more substantial secrets about the events that occurred.

As a result, speaking of the death penalty, held in Belarus, it is necessary on the one hand to recognize that this is an internal affair of a friendly state for Russia, in which the people themselves at a time in a referendum expressed a desire not to abolish the highest measure, but on the other hand to make allowances for the hypothetical bias of modern courts in both Belarus and Russia. But, unfortunately, neither the one nor the other can serve as words of consolation to those whose relatives and friends died or were crippled on that terrible day at the Oktyabrskaya metro station ...