October 12 2017
7
The project of the Bosporus operation was repeatedly modified.


In the spring of 1916, a Separate Black Sea Amphibious Division began to take shape — the strike force of the assault operation in the Straits. 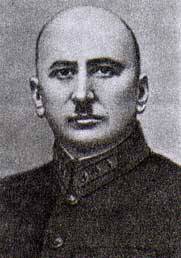 7. Major-General A. A. Svechin, Chief of the Formed Separate Black Sea Amphibious Division 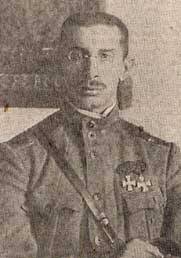 8. Chief of Staff of the Formed Division Col. A. I. Verkhovsky

The planned composition of the new compound actually reached the body. At this point, 276 officers and 18000 soldiers were required to recruit them (70 officers and 3500 soldiers were available in Sevastopol) [Airapetov O. Kolchak at the gates of Tsaregrad // Motherland. 2004. No. 9. C. 23].

The formation was successful, and, as the head of the naval directorate for Stavka, Rear Admiral A. D. Bubnov, reported, the case was under the personal control of the Emperor. The latter ordered a detachment from the army units of the necessary number of especially distinguished officers and soldiers in the battles of St. George. In addition, the Baltic Sea Division and the Guards crew significantly expanded in composition, being deployed to the Black Sea, were to join the landing corps. [A. Bubnov, D. In the Tsar's Headquarters. M., 2008. C. 202].

The problems were gradually resolved - first of all, it concerned delivery vehicles. The Nikolaev plant "Russud" by the spring of 1916 put the fleet about 50 amphibious self-propelled barges (each designed to transport an infantry battalion or two field batteries) and about 30 ships for loading and unloading troops. The landing bots were also ordered in Nikolaev.

The non-self-propelled Russian assault bot received 60 infantrymen or 10 fighters and 10 horses, or a single weapon (76- or 122-mm) with a charging box, chuck and calculation. Draft bot at full load - 80 cm. The size of the bot allowed to raise it on the davit of transport. An average steamboat could tow an 3 such bot, albeit at low speed.

In the Russian fleet in 1916, the Bolinder appeared, as a self-propelled landing craft, a landing lighter. The Russian Bolinder had a length of 24 m and a draft (without load) of 80, see. The capacity of such a "self-propelled" was very significant - for a short haul he raised an infantry battalion or artillery battery (400 soldiers, 45 gigs and 65 horses). Draft with such a load - 1,2 m.

A novelty was the transport (landing) ship "Elpidifor" - because of the small draft, it could quickly take and unload the cargo, and a very significant one. Elpidifor had a tonnage of 500 - 1200 tons, carrying capacity of 960 - 1280 tons, the engine room was located in the stern of the hull - the first 2 / 3 lengths of the vessel were occupied by capacious holds. In fact, the zero sediment of the nose gave the Elpidiforu an invaluable quality - the ability to work without a pier, simply having bumped into the coast and began immediately the landing of troops or the unloading of cargo. As soon as the "Elpidifor" stuck to the shore, a special gangway descended from its nose with the help of a bow arrow or windlass - and the most portable cargo was brought to the shore and the landing force descended, while the side arrows sent heavier cargo from the holds. Elpidifor also possessed more than sufficient maritime qualities. Despite the fact that it was low-bordered, the Elpidifor perfectly showed itself as both a transport and a minesweeper - keeping even stormy weather off the stormy Anatolian coast. And the presence of holds allowed to have a serious supply of fuel (by the way, the consumption of which was negligible).

In the summer of 1916, the systematic preparation of the amphibious operation began - on August X, the Chief of Staff of the Headquarters General of Infantry, MV Alekseev, issued the relevant directives to the headquarters of the Black Sea Fleet. They confirmed the order that the fleet in a state of full readiness should be vehicles per transfer of one division, and also indicated the need to increase the number of vehicles of constant readiness per transfer of two more divisions. That is, besides 1 large ships (allocated for this purpose at the beginning of the war), 19 was also required (there were only 90 ships on the Black Sea during this period).

By the autumn, the minesweeper hull was formed and night trawling methods were mastered. Reinforced reconnaissance was carried out - both the coast and the Bosphorus fortified area. During the night, agents of the intelligence department of the Black Sea Fleet headquarters landed on the Bosphorus coast from the destroyers.

However, the most favorable summer period for the operation was missed. Since the training and finalization of the airborne corps was to take at least 3 - 4 a month, and the autumn and winter storms did not allow large-scale disembarkation at that time, the implementation of the Bosporus operation was postponed to the spring of 1917.

The implementation scheme of the Bosporus operation should look like this.
At night, minesweepers lay corridors for the passage of transport ships and warships in the Bosphoric minefields (similar actions were already carried out at Varna, unnoticed by the enemy). At dawn, the transport fleet lands 2 assault divisions with artillery and reinforcement units on both sides of the Bosphorus. 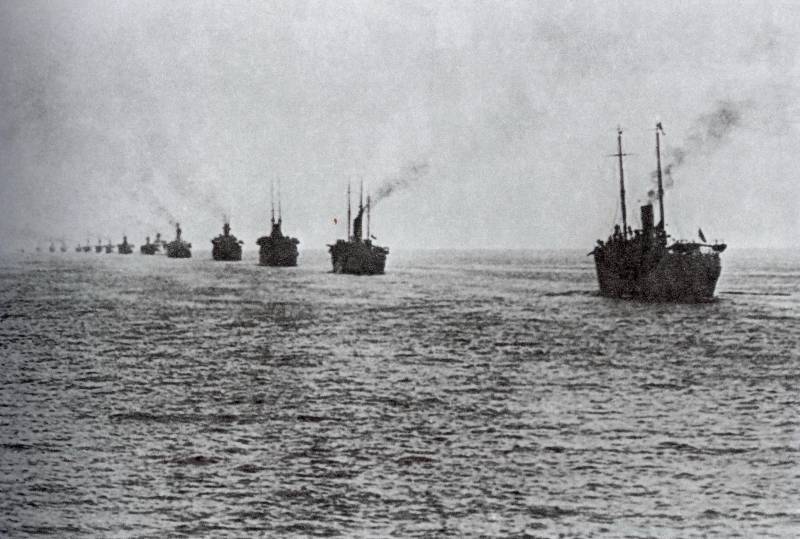 The landing area is immediately covered by minefields and nets, controlled by patrol vessels. After sunrise, the squadron covering the landing force starts shelling enemy positions, supporting the paratroopers.

One day was devoted to the suppression and capture of coastal batteries. At this time, the 3 division is parachuted along with heavy artillery, and in the evening the Russian fleet enters the Bosphorus.

The assault on the night storming seizes Turkish batteries of the middle Bosporus - and the path to Constantinople is open.

At this time, the transport flotilla moves behind the second echelon of the assault (still 2 divisions) - which arrives at the landing site in 4 days before the arrival of large reinforcements to the enemy.

The 5 divisions of the airborne corps seize Constantinople, take a blow from the rear and capture the Chataldzhinsky position, blocking access to the capital from the Balkans and repelling the counter-attack of the 2's Turkish divisions deployed from Smyrna and Dardanelles.

At this time, the fleet goes to the Sea of ​​Marmara. And the troops, entrenched in fortified positions, can safely expect the approach of any enemy reinforcements from the Thessaloniki front — all the more so with the powerful Allied grouping on the latter.

Time is working for Russian troops in the Bosphorus, and the Balkan front of the German bloc collapses two years earlier than it did in reality, burying the enemy’s hopes of victory in the war.

But the expedition was not destined to take place. We noted the attitude towards her in the Russian Headquarters.

Also, as already noted, the combat capability of the Turkish army was seriously undermined in the summer of 1916 - a series of defeats on all fronts, heavy losses in the Dardanelles and the transfer of an elite corps (it included the best formations from the Straits grouping) in Galicia. The Turks have only 3 divisions left in the Straits, and the poor throughput of railway communications did not allow the Austro-Germans to transfer serious reinforcements to the region earlier than 2 weeks after the start of the Russian landing operation. In such an environment, the 5 divisions of the Russian airborne corps had every chance of success - defeating one Turkish division defending the Bosphorus region and repelling a counterstrike from two more.

The war could have been reduced by two years.
But the slogan of the Russian Stakes - “the keys to the Bosphorus are in Berlin” - turned out to be wrong, and the 1916 campaign of the year was lost.

23. 02. 1917. Foreign Minister N. N. Pokrovsky presented a note to the Emperor, which contained interesting thoughts justifying the need to seize Constantinople and the Straits as soon as possible. 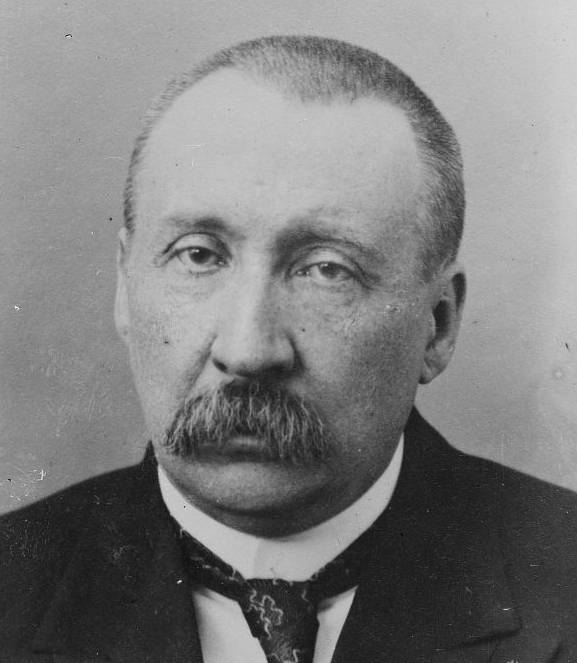 The Minister, without diminishing the significance of the diplomatic agreements on the Straits and Constantinople of the spring of 1915, expressed distrust in the intentions of Russia's allies. He called the obligations of the allies on this issue only a bill issued to Russia by England, France and Italy, the payment on which will depend on the “state of the geographical map of the war” by the time peace negotiations begin. Conclusion - it is necessary to seize the Straits by this moment or, at a minimum, to approach them so close that we can put adequate pressure on Turkey. Without this, as N. N. Pokrovsky rightly noted, the agreement on Constantinople and the Straits would turn into a piece of paper.

The diplomat noted that the agreements reached earlier formally obliged the allies not to interfere with Russia's assertion in the Straits, but neither the allies nor the enemy would ever forgive that Russia "wanted Tsargrad and the Straits."

NN Pokrovsky, believing that this operation was “building upon the future political significance of Russia in the Middle East,” proposed his plan of operation: a landing force with a population of 200-250 thousand people should be planted in the mouth area. Sakaria in Asia Minor, presumably in October 1917

Chief of Staff of the Stavka, Mikhail V. Alekseev, not only rejected N.N. Pokrovsky’s plan as “not conforming to real conditions,” but, once again, excluded the possibility of such an operation before the defeat of the “main” enemy ”—Germany.

The successor to N. N. Pokrovsky, the first foreign minister of the Provisional Government, P. N. Milyukov, became the most zealous apologist for the conquest of the Straits. During a visit to GHQ in March 1917, he insisted on the urgency of the Bosporus operation - and received assurances that preparations for it were under way. 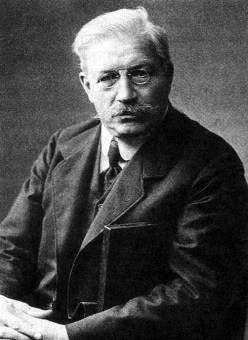 As previously noted, the operation was postponed to the spring of 1917. Given the exhaustion of the powers of the German bloc, the combat experience of the Russian army and the vigorous command of the intended operation (the commander of the Black Sea Fleet, Vice-Admiral A. V. Kolchak) had every chance of success. But the February coup d'état and the disintegration of the army that began after it did not allow for the implementation of this planning.

A. V. Kolchak later during interrogation recalled that the Stavka’s decision to start the Bosphorus operation took place in July 1916 - during the appointment as commander of the Black Sea Fleet with the duty to prepare such an operation by the beginning of April 1917.

But the collapse of the fleet and the army, the destruction of the economy and the actions of the new government buried the Bosphorus project. The military and maritime minister, A.I. Guchkov, considered the temporary withdrawal from the economic cargo turnover of more than half of the Black Sea transport ships so dangerous that in a telegram to the Chief of the Naval Staff from 01. 04. 1917 ordered to suspend the preparation of "vehicles for the proposed amphibious operation in order to capture the Straits."

A similar stop signal sounded a bit later from MV Alekseev to the headquarters of the Black Sea Fleet.

The progressing state ruin did not allow returning to the Bosphorus plans - it only remains to do a good game with a bad game. So, still 20. 09. 1917, the Russian envoy in Athens, E.P. Demidov, was instructed to ensure that the actions of the Provisional Government in the Greek press were not interpreted as Russia's refusal from Constantinople.

The Turkish Straits were of great strategic importance, and Russia twice approached the landing operation on the Bosporus. 1 time - in the spring of 1915: but the position of the Headquarters, the lack of necessary training, the required number of vehicles and the prevailing difficult situation on the South-Western Front did not allow the realization of the “Tsargrad troops”. 2 time - in the summer of 1916: and now, given the existing organizational and technical prerequisites, the position of the Headquarters did not make it possible to turn the idea into reality in a timely manner. The operation was rescheduled for spring 1917, but time was lost. “The lost moment will not return forever,” thought Napoleon Bonaparte, and now the events of the revolutionary year prevented the implementation of the protracted project of the Bosporus operation.