October 4 2017
39
2017 year is rich in space anniversaries, the next of them we celebrate October 4. Exactly 60 years ago, the successful launch of the first artificial Earth satellite took place. The event that happened on October 4 1957, forever entered into history, becoming the first step of mankind on the way to the development of near-Earth space, a kind of beginning of the space age. The next sixty years have passed under the sign of space exploration, accommodating a large number of equally bright and impressive achievements, which have become the personification of the triumph of science and technology. And this event itself became a powerful inspirational factor for young people, which enabled them to attract new personnel to the rocket and space industry.


The creation of the first artificial satellite of the Earth in OKB-1, which was headed by Sergey Pavlovich Korolev, began in November 1956 of the year. The satellite was originally developed as a very simple apparatus, so it received the code designation PS-1 ("The simplest satellite - 1"). Scientists A. V. Bukhtiyarov, M. V. Keldysh, V. I. Lapko, N. S. Lidorenko, G. Maksimov, M. worked on the creation of an artificial satellite of the Earth, headed by the founder of practical cosmonautics S. P. Korolev. K. Tikhonravov, B. S. Chekunov and many other Soviet scientists and engineers.

The first artificial satellite of the Earth was a spherical container, its diameter was equal to 580 mm. The satellite hull consisted of two half-shells with docking frames interconnected with 36 bolts. The tightness of the joint was provided with a special rubber gasket. After the assembly was completed, the container was filled with dried nitrogen to a pressure of 1,3 kgf / cm2. In the upper semi-envelope of the satellite there were two antennas with a length of 3,9 meters and two - 2,4 meters, as well as a spring mechanism that spread the pins at an angle of 35 degrees from the longitudinal axis of the container. Antennas of the first artificial satellite of the Earth were developed in the laboratory of MV Krayushkin. 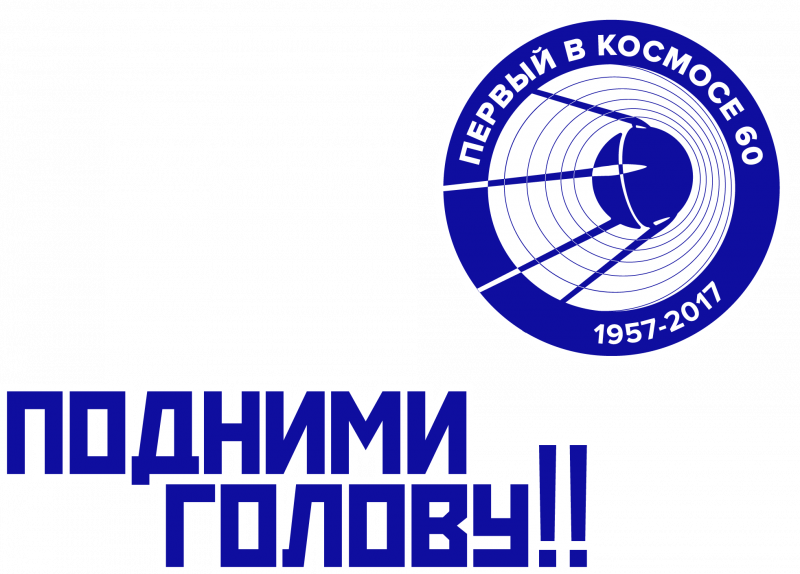 The upper half-shell of the satellite outside was covered with a special protective screen, and on its inner surface was a bracket designed for mounting a radio transmitter (developed by V. I. Lappo from SRI-885, chief designer M. S. Ryazan). The power supply unit, which included three batteries based on silver-zinc cells, was developed at the Institute of Current Sources under the direction of N. S. Lidorenko. In addition, the first satellite also included a thermoregulation fan, a remote switch, dual thermal switches, and control bar and thermal switches.

A radio transmitter with a power of 1 W, which was located in the satellite case, periodically emitted signals of a duration of 0,4 seconds alternately on 7,5 and 15 waves of meters. The duration of the signals changed when the temperature decreased (below 0 degrees Celsius) or increased (above 50 degrees Celsius) temperature and when the pressure dropped below 0,35 kgf / cm2, this was due to the operation of one of the control thermo or pressure switches. At the same time, the temperature inside the satellite was maintained with the help of a fan, which was triggered by a thermal relay when the temperature rose above 23 degrees. The power supplies installed on the satellite ensured its continuous operation for two weeks. The total mass of the PS-1 satellite was 83,6 kg. For docking the satellite with the launch vehicle, a specially designed transfer bay was provided. The separation system ensured a successful discharge of the head fairing, as well as the separation of the satellite from the central unit of the rocket.

The work of designers and production workers during the creation of the first artificial satellite of the Earth was carried out simultaneously, the cause was very tight deadlines. The main difficulty in creating the satellite was in the production of spherical half-shells by hydro-stretching, their subsequent welding with the frame and polishing the outer surfaces. Even the smallest scratches were not allowed on these surfaces. Welding of the seams was supposed to be hermetic, the compliance with this condition was monitored with X-rays, and the Soviet engineers checked the tightness of the assembled container with a special helium leak detector PTI-4, the official website of Roscosmos reported. 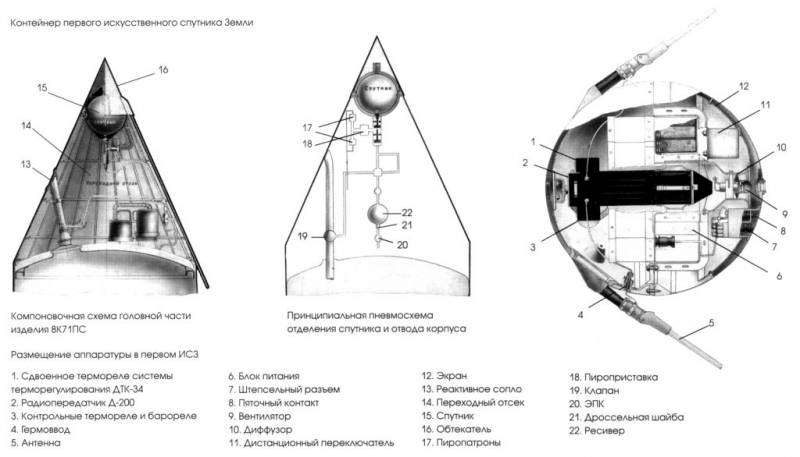 Successful launch of a satellite into orbit was impossible to imagine without a launch vehicle. It was created by Korolev on the basis of the intercontinental ballistic missile P-7 (8K71). With the help of this rocket, two PS-1 and PS-2 satellites were successfully launched into Earth orbit, respectively. The name “Satellite” for this rocket (GRAU 8K71PS index) was assigned after confirmation of the fact that the payload was removed to the earth orbit. The rocket 8K71PS arrived in Tyura-Tam (in the future Baikonur cosmodrome) 22 September 1957 of the year. Compared with the standard version, it was significantly lightened: the massive head of the ICBM was replaced by a satellite switch, one of the telemetry systems and radio control equipment was removed from the rocket, and the automatic engine shutdown was simplified. These design solutions have allowed to reduce the mass of the rocket directly to 7 tons.

The preparation of the 8K71PS rocket at the technical position was carried out under special control and supervision, with special attention being paid to monitoring the correctness of passing commands to reset the head fairing and the subsequent separation of the satellite from the rocket. At dawn 3 October 1957, the rocket was already docked with the first artificial satellite of the Earth and carefully removed from the assembly and test building of the landfill. Next to the rocket were the creators of the world's first space complex. At the launch position, using a powerful boom, the rocket was installed in an upright position, after which they began to pump fuel from rail tank cars into its tanks. Everything was ready for launch, which will forever change the history of mankind, becoming a new milestone in scientific and technological progress.

The next day, October 4 1957, from the territory of the 5-th Research Facility of the USSR Ministry of Defense, later known as the Baikonur cosmodrome, by which it is known to this day, the first successful launch of artificial Earth satellite. The launch was carried out in 22: 28 Moscow time. The launch vehicle brought the first satellite into an elliptical orbit at the apogee height of 947 kilometers, at its perigee - 288 kilometers. On the 315 second after launch, the satellite was successfully separated from the rocket, after which it began to transmit the famous “Bip ... beep ... beep” signals. At the test site, these satellite signals caught two minutes, after which it went beyond the horizon. People at the Baikonur Cosmodrome exulted, they ran out into the street and shouted “Hurray!”, Rocked the designers and the military. 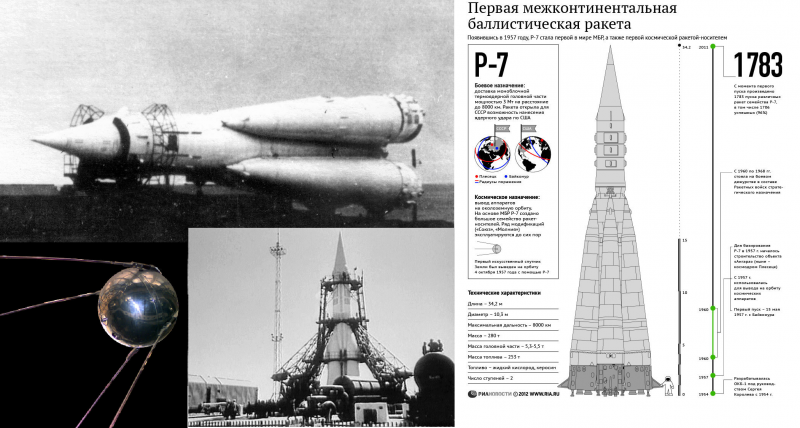 Thus, PS-1 became the first artificial object in the world created by man and put into Earth orbit. For each orbit around the earth, the satellite spent 96 minutes 10,2 seconds. Already 5 October 1957 of the year in 1: 46 satellite passed over Moscow. In total, he was in orbit 92 of the day, having completed 1440 revolutions around our planet during this time and flying around this time around 60 millions of kilometers. Its radio transmitters on batteries worked for 21 days after launch, sending their signals to Earth.

Even at the first turn of the flight, a TASS report was sounded, stating that as a result of the extensive and hard work of the design bureaus and research institutes in the USSR, the world's first artificial satellite was created. After 4 October 1957, the Russian word "satellite" immediately entered the languages ​​of many peoples of our planet. In the October days of 1957, many foreign newspapers came up with headlines that reflected the full admiration for the result achieved by the USSR. People began to realize that humanity has one single home, one common planet and a goal that is able to unite the peoples of the world - the study of the Earth for the benefit of all people. Outer space became the arena of fruitful scientific cooperation between countries, which was carried out even in the midst of the Cold War, and world science was enriched with a huge amount of new truly invaluable data and knowledge.

Already in September, 1967, the International Astronautical Federation announced the date of October 4 - the Day of the Beginning of the Space Age of Humanity. In our country, the launch date of the first artificial satellite of the Earth is also the day of the Space Forces. This professional holiday was established in Russia by presidential decree in 2002. It is worth noting that it was precisely parts of the launch and control of spacecraft that launched and monitored the flight of the first satellite. In the future, the first manned flight into space and many Soviet and Russian, as well as international space programs were carried out with the direct participation of military units launching and controlling spacecraft. In connection with the constant growth of the role of space in matters of national security, by decree of the President of the Russian Federation in 2001, an independent branch of service, the Space Forces, was created in the country. Today, the Space Forces are part of the Russian Armed Forces VKS. 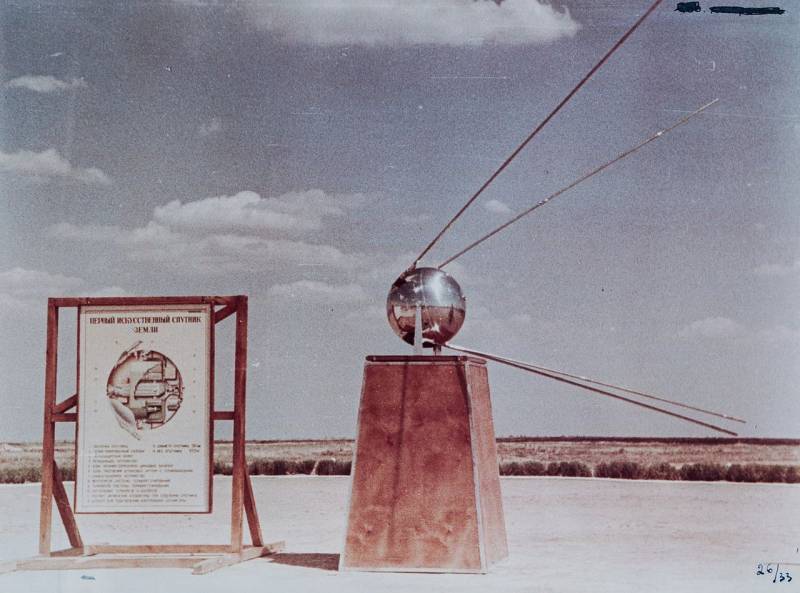 Layout of the first satellite at the test site
The launch of the first artificial satellite of the Earth will forever remain the most important milestone in the history of mankind. The scale of this event and its value for all the inhabitants of the Earth are remembered to this day. So Rene Pishel, who is the head of the European Space Agency (ESA) in Russia, in an interview with RIA News noted that the launch of the first artificial satellite of the Earth, which was carried out by 60 years ago, opened up a new space age for humanity. This launch has become an inspirational factor for the youth of many countries. Even today, in the ESA you can meet people who consider the date of the beginning of their career in the space industry namely 4 October 1957.

Ctrl Enter
Noticed oshЫbku Highlight text and press. Ctrl + Enter
We are
Since the launch of the first artificial satellite of the moon, 50 years have passedOctober 4 - Space Forces Day. 55 years ago, the world's first artificial Earth satellite, which opened the space era in the history of mankind, was launched into a near-earth orbit.
Military Reviewin Yandex News
Military Reviewin Google News
39 comments
Information
Dear reader, to leave comments on the publication, you must to register.