November 24, 2012
15
The multipurpose aviation and space system (MAKS) is a two-stage complex consisting of an aircraft carrier (An-225 “Mriya” - more precisely, based on the An-225 it was intended to develop a new aircraft carrier An-325) on which the orbital plane is installed. An orbital plane can be both manned and unmanned. The An-225 design allows the installation of a cargo container with an external fuel tank with cryogenic fuel components instead of an orbital plane. 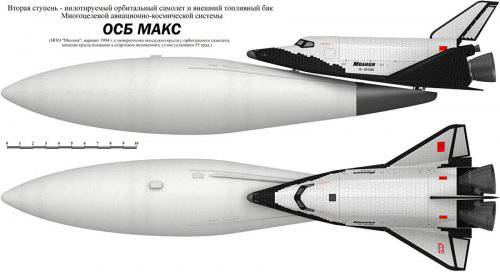 The development has been conducted since the beginning of the 1980-ies under the leadership of G. E. Lozino-Lozinsky in the NPO Molniya.

Instead of the first stage of an ordinary rocket, the An-225 is used here; the second stage can be performed in three versions:

MAKS-OS with an orbital plane and a disposable tank;
MAKS-M with an unmanned aircraft;
MAKS-T with a one-time unmanned second stage and a load of up to 18 tons.
“The system is based on the usual airfields of the 1 class, which were equipped with the necessary fueling components for the MAKS, ground technical and landing complex, and fit mainly into the existing facilities of the ground control system for space systems.” 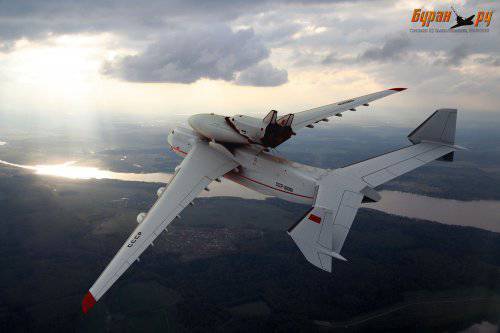 MAKS can be used for emergency rescue of space objects crews or for ground reconnaissance purposes. Lack of reference to the spaceport also extends the use of such a system.

This project was started back in 1980-ies by the research and production association "Lightning". At the same time, experience and results of work on the Spiral project and on experimental BOR devices were used. This project, unlike Burana, is based on the principle of self-sufficiency. According to calculations, the costs will pay off in 1,5 of the year, and the project itself will give 8,5-fold profit. This system is unique; no such device is developed in the world. In addition, MAKS is much cheaper than missiles due to repeated use of the aircraft carrier (up to 100 times), the cost of removing cargo into low-Earth orbit is about 1000 dollars / kg; for comparison: the average cost of elimination is currently around 8000-12 000 $ / kg, for conversion PH “Dnepr” - 3500 $ / kg. The benefits can also be attributed to a greater environmental purity due to the use of less toxic fuel (three-component engine RD-701 kerosene / hydrogen + oxygen). Currently, about 14 billion dollars has already been spent on the project. 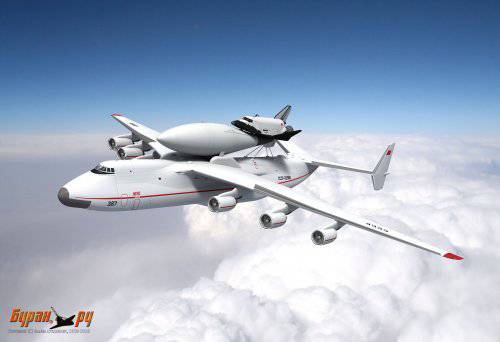 The MAKS program received a gold medal (with honors) and the special prize of the Belgian Prime Minister in 1994 in Brussels at the World Salon of Inventions, Research and Industrial Innovations "Brussels-Eureka-94". 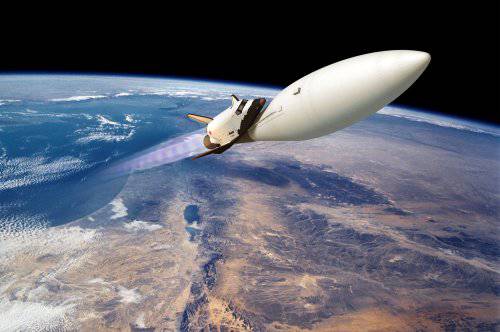 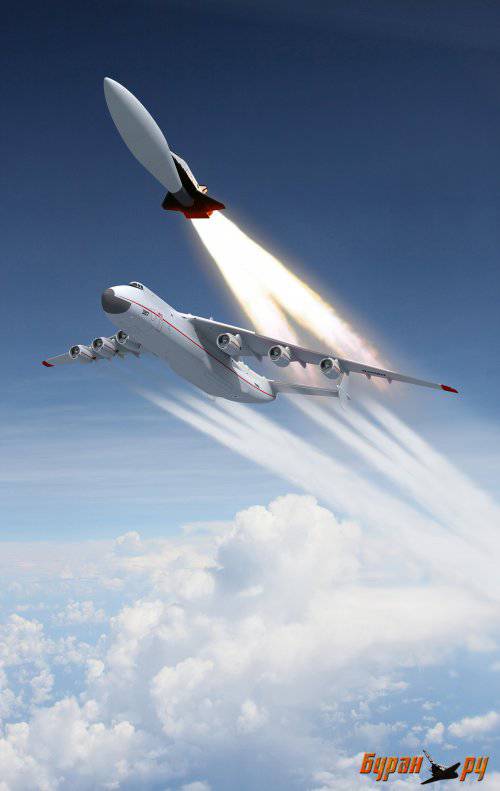 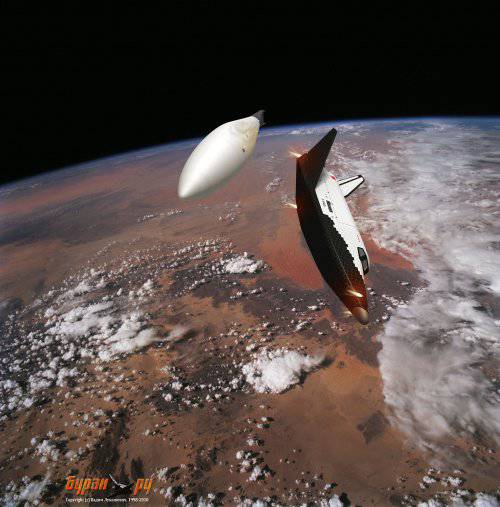 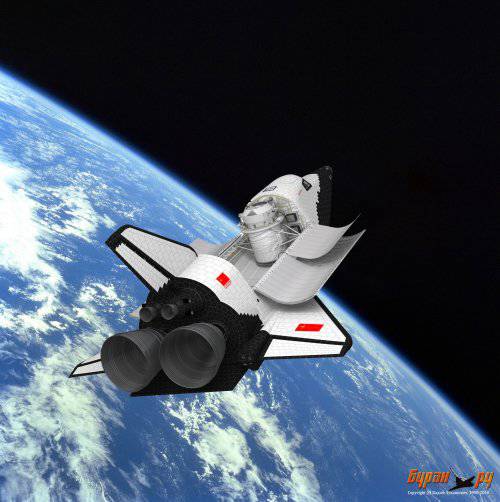 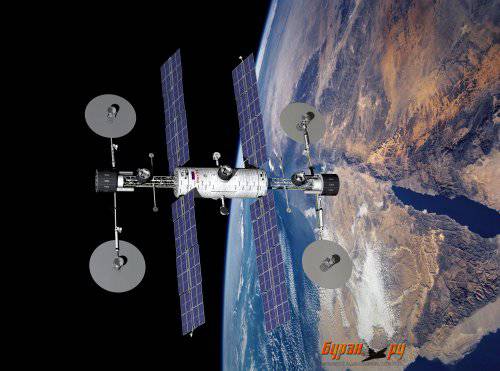 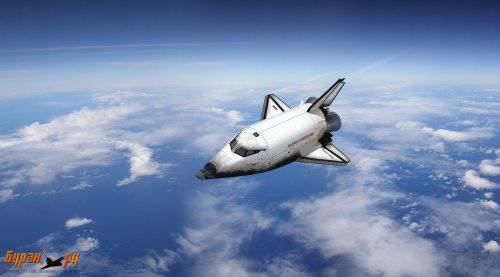