26 September 2017
16
Scotland could not do without its own national hero. After all, their eternal opponent and rival - England - had Robin Hood. And if the English fighter for justice is still a partly fictional character, then the Scots are absolutely real. Robert Roy MacGregor is the most famous and at the same time ambiguous hero of Scotland. 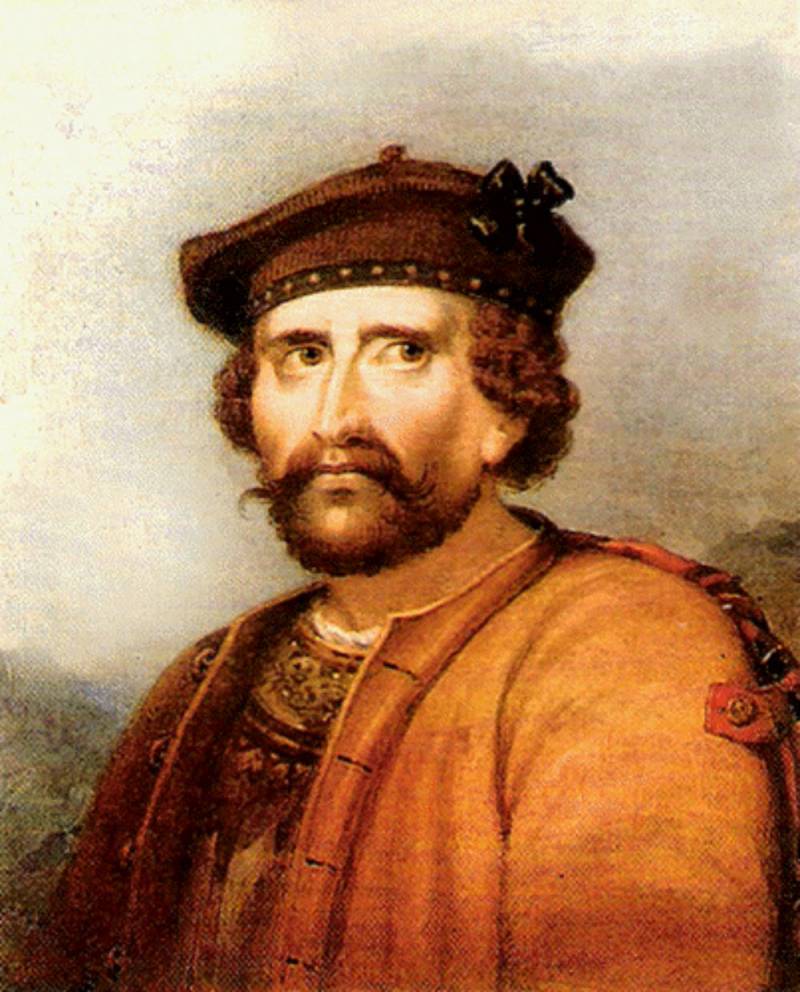 Features of the life of the Highlanders

The novel of the Scottish writer "Rob Roy" was released in 1817, that is, 83 years after the death of the national hero in kilt. It is clear that for such a long time the image of Robert McGregor managed to acquire a lot of myths and legends, which hid the true face of the Scotsman. Did not get to the truth, and Scott. He nevertheless wrote not authentic historical composition. Therefore, the image of Rob Roy has become even more romanticized.

The future national hero of Scotland was born in early March 1671 of the year. His father, Donald McGregor, served King James VII (James II Stewart). However, as a result of the Glorious Revolution that took place in 1688, the last English Catholic king was overthrown. But the MacGregor clan remained committed to the disgraced monarch, “enrolling” in the stormy Jacobite. Accordingly, Rob Roy held the same political views as his native clan.

Robert McGregor received a good education at that time. He knew the history of his clan very well, knew literature and politics. In addition, he was known as an excellent pastoralist and trader.

The main occupation of the McGerogue clan was the raising of cattle and its subsequent sale. True, this activity has never been distinguished by compliance with strict laws. The theft of animals and their illegal sale were considered at that time to be taken for granted. 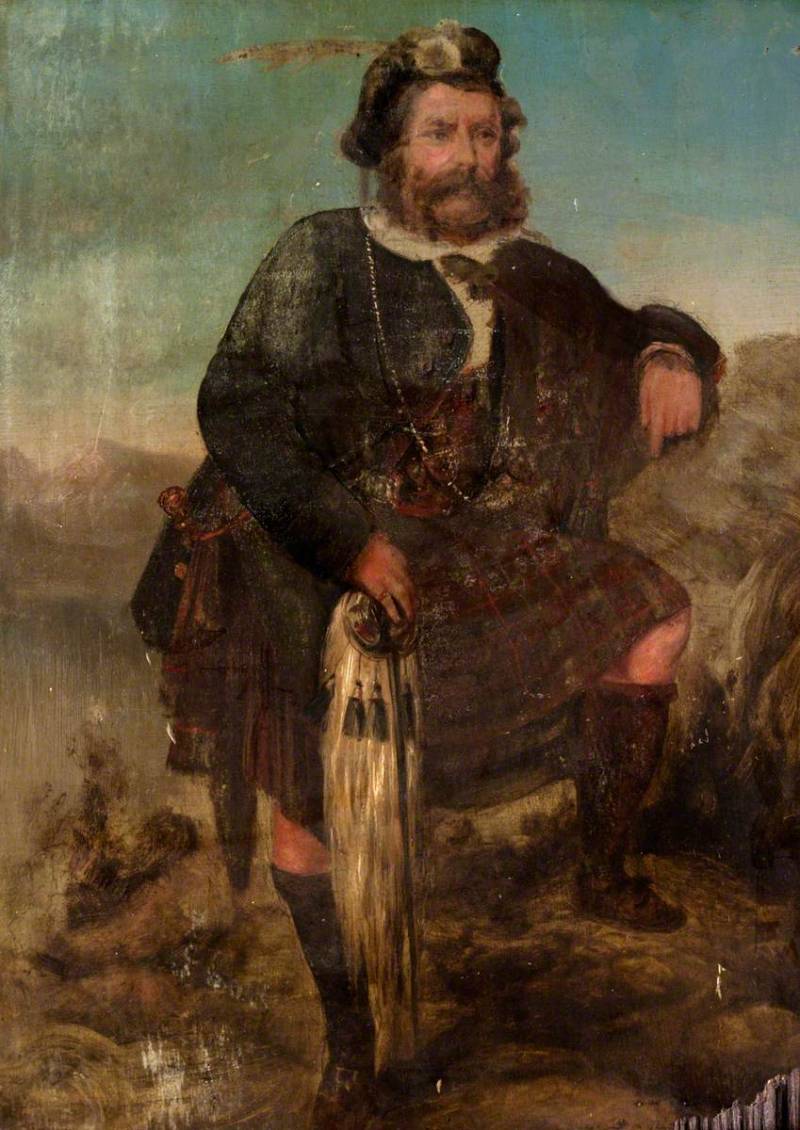 The mountaineers had another way of making money. They offered rich landowners services to protect herds from various thugs. After all, grazing cows or sheep are easy prey for lovers of easy money. Most often, businessmen of that time agreed. And not because animals really needed to be protected. The fact is that the negative response to the "advantageous offer" was dragging behind it very unpleasant consequences. For example, if a landowner refused services, his animals would soon begin to disappear. And the longer he resisted, the more herds and flocks disappeared. In the end, the landowner, on the verge of ruin, was ready to give anything to return the animals. And as soon as he made a contract, the Highlanders “in the shortest possible time” “found” precious missing.

This is what Red Rob has done (this is how Roy translates). True, unlike many other Highlanders, he nevertheless tried to follow a certain code and not to deviate from his principles. Therefore, a train of senseless murders or any cruelty did not follow him. The abduction of livestock Rob Roy turned into a theatrical performance.

As usual, Robert McGregor had a personal enemy, the war with which lasted almost three decades. The stubborn Scot once promised a foe that he would regret the bottom when he dared to insult him. And, I must say, I kept my word to the last.

At first, nothing foreshadowed trouble. Rob and James Graham, the Duke of Montrose, did business together and were quite pleased with each other. MacGregor rented the land of the Duke, and paid him that they protected his numerous herds from predatory attacks. In addition, Montrose periodically supplied Rob with money when the latter had financial problems. It is clear that the money was given in debt, and until a certain point the Scot was a trustworthy client. 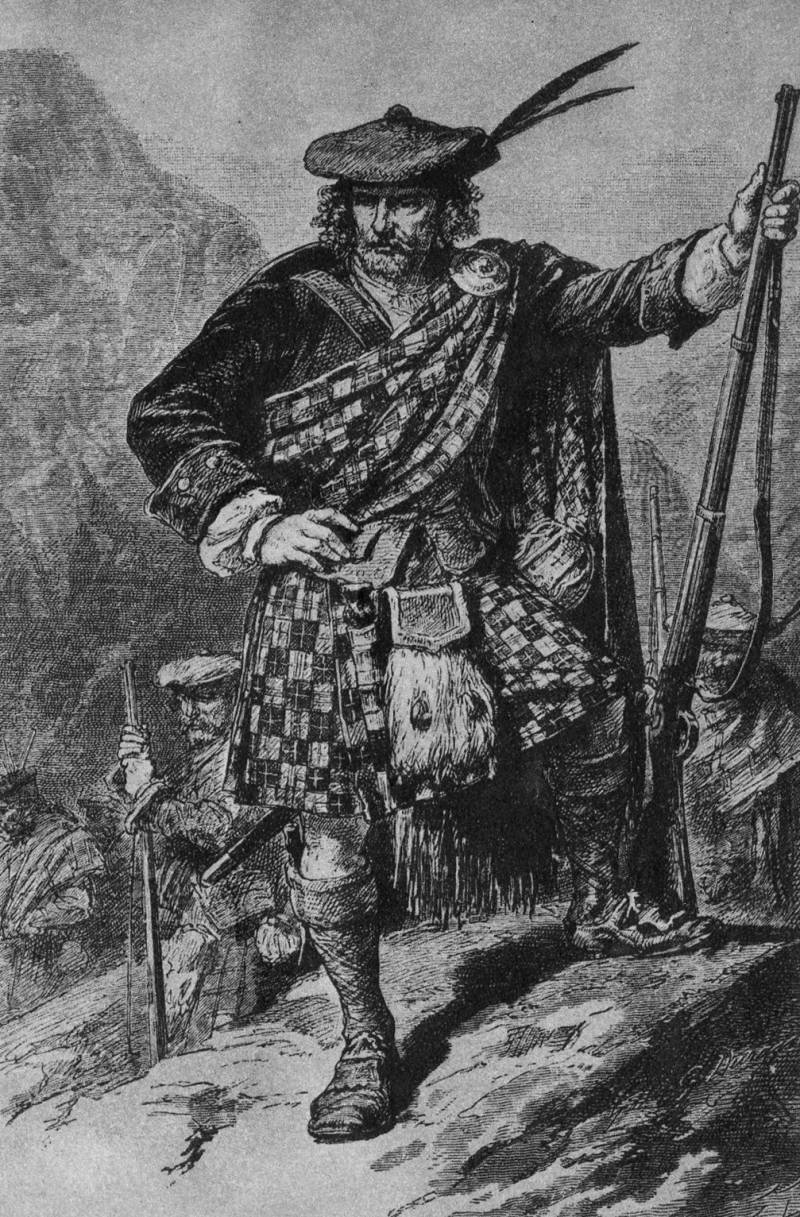 Once Rob Roy borrowed a certain amount from Montrose. And did not want to return. The duke, of course, became angry and decided to punish the debtor. Soon representatives of the law came to McGregor's house, seized the property of the Scotsman, and also insulted his wife. Rob himself was outlawed.

The Highlander had no choice but to go underground and hide for some time from his pursuers. In this he was helped by another duke - Argyll. Soon, Rob Roy decided to take revenge on his abuser. This war lasted for several decades, but did not identify the winner. The Scotsman, driven by stung pride, vowed that Montrose would regret the conflict bitterly. And he began systematically stealing animals from him. Moreover, he turned off the abduction not in the cover of night, but during the day. Moreover, Rob had warned in advance where he was going to "go out". Of course, Montrose tried to resist with all his might, but the proud Scot still turned out to be smarter and bolder. Then MacGregor sold the loot. And it is also quite open - sending invitations to bid for the richest livestock breeders. And even though they knew whose cattle the Scot sold, they did not dare to refuse him. Nobody wanted to spoil the relationship with him. Thus, Montrose lost animals, and therefore money.

The character of the real highlander

When the Jacobite rebellion broke out in 1715 in the country, led by John Erskine, Earl of Mara, Rob Roy could not stand aside. The MacGregors naturally supported the insurgency. True, quite peculiar. An indicative episode occurred in a decisive battle. Then the army under the authority of the duke Argayl (the one who patronized Rob in his war with Montrose) faltered. The mountaineers were on the verge of an important victory, but MacGregor did not lead his soldiers into battle. Instead, he instructed them to go on looting. Argyle managed to withstand the onslaught and defeated the Jacobites.

No matter how hard Rob Roy tried to please everyone, the punishment could not be avoided. After the suppression of the rebellion, he was deprived of not only property, but was again outlawed. For some time the Scot hid from his pursuers. But then publicly surrendered to Colonel Patrick Campbell Finn. He appreciated the goodwill gesture of the highlander and took it under protection. The Duke of Argyll did not abandon his “ward” either.

With such powerful patrons behind him, Rob Roy returned to his favorite occupation - the war with Montrose. Gathering a few dozens of like-minded people under his beginnings, he began to devastate the duke's pastures. In parallel with this, the Scot negotiated with rich landowners on the protection of their animals. The irony of the situation was that Rob and his “clients” were well aware that the mountaineer promised to protect the cows and sheep from himself. And although the English garrison was located in Inversnaide, no one could place a brave Scot. Only in the 1722 year, according to the totality of crimes, it was once again outlawed. Rob Roy surrendered voluntarily and spent almost 7 years behind bars. But then he was pardoned and released. At that time, the stubborn highlander was 58 years old. But he did not refuse from the war with Montrose, nor about the “racketeering” activity. 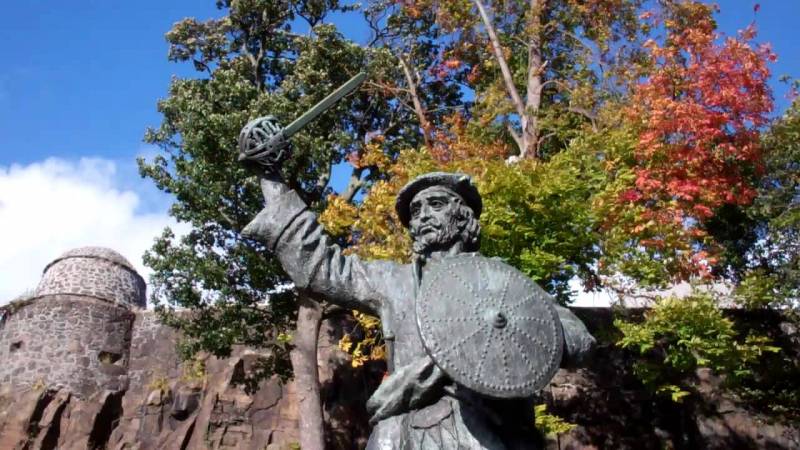 Surprisingly in the life of a mountaineer that he died quietly and calmly, in his bed. All his life he walked around the edge, but did not stumble. Even in his last days, Rob Roy remained true to himself: he was in conflict with his neighbors, demanded payment for the protection of livestock. And when he realized that the hour of death was approaching, "he expressed some remorse in some episodes of his life" (according to Walter Scott). The spouse of such an act did not appreciate, to which Rob Roy replied: "You have sown enmity between me and the powerful of the world, and now you want to spoil the relationship between me and the Lord."

And the most significant episode occurred with the Scotsman, when he was already lying on the deathbed. Suddenly, a representative of the MacLaren clan came to his house, with whom Rob Roy was, of course, at enmity. The guest wanted to look at the dying old man, but the Scot did not provide McLaren with a similar service. He ordered to raise himself, to wrap a rug, to give a dagger, pistols and an old broadsword. And before the guest MacGregor appeared in full combat uniform. He could not allow the enemy to see him unarmed and weak. As soon as Maclaren left, the mountaineer said: “Now everything is over. Tell the bagpiper to play the pibroch "We will not return again."

Rob Roy is buried in Balkvidder cemetery. On his grave is a massive tombstone depicting a sword.

At the start of 2000, St. Andrew University professor David Stevenson made a sensational statement. Having thoroughly studied the archive data, he published the book “Rob Roy - a Man and a Legend”. True, in it he taught the national hero of Scotland as ... a traitor. About MacGregor's connection with Argayl was known for a long time. But the fact of the transfer of valuable information for a long time was still a speculation. And Stevenson was the first historian to find evidence for these actions: “This is very typical behavior for Rob Roy. On the one hand, he considered himself a real Jacobite, on the other - he was in the secret service of the government. Roy supplied detailed information to the English army in Scotland. ”

Also, the professor said that it was Walter Scott who was to blame for the romanticization of the image of McGregor. To such a statement, professors responded violently to members of the MacGregor clan, who considered themselves descendants of the very national hero. Lady Mary McGregor said: “This is fiction. Rob Roy was a true Robin Hood with one exception - he really lived. He may have robbed the rich, but never for profit. ” 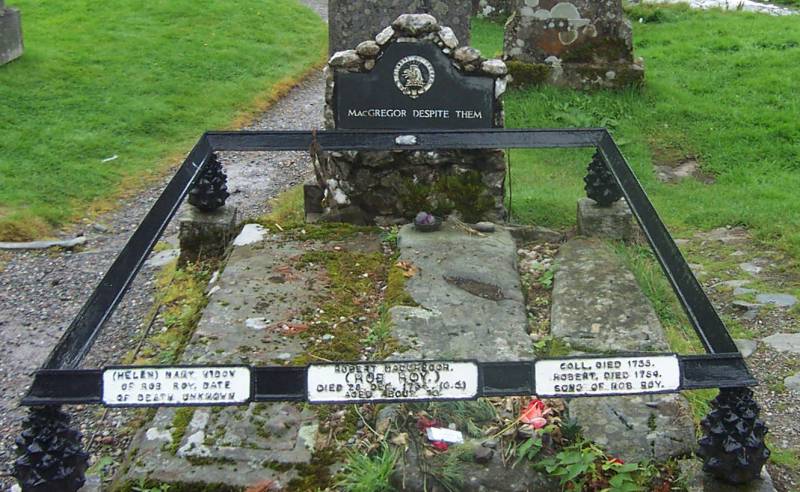 But even the statement of Stevenson did not change the attitude of the Scots to his hero. After all, today it is not just a national treasure, but, one can say, a successful and famous brand. Scott’s book, Rob Roy, the Highland Rogue, shot by Disney in 1953, starring Rob Roy with Liam Neeson (1995 year), influenced his popularization. Several varieties of Scotch whiskey are named after the national hero. Therefore, one can only guess about whether Stevenson was right ...

Ctrl Enter
Noticed oshЫbku Highlight text and press. Ctrl + Enter
We are
Stirling Castle. Pearl of Scotland (part 1)"Robin Hood" on the whole head
16 comments
Information
Dear reader, to leave comments on the publication, you must to register.