US Navy received another nuclear submarine


The construction of the submarine began in March 2012, and in December last year, a solemn ceremony of its baptism took place. In the coming months, the U.S. Navy will conduct a series of acceptance tests, and in the spring of next year, the submarine will take up its first combat duty. USS Colorado was the fifth of eight ordered submarines of the Block III modification and the fourth warship of the same name as part of the American fleet. 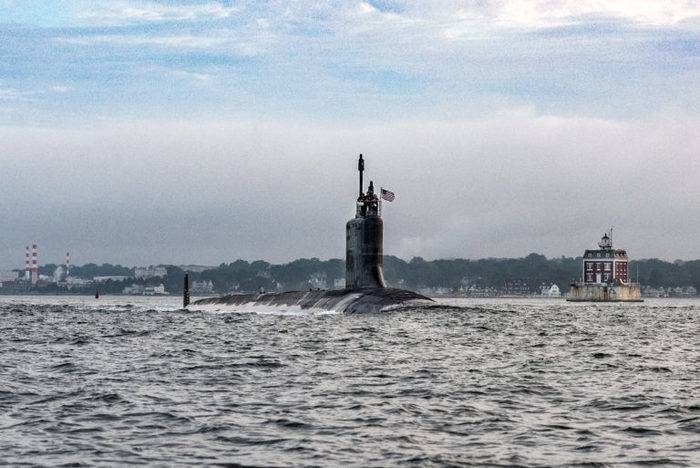 Colorado belongs to the category of low-noise submarines designed to combat ground targets, enemy ships at deep and shallow depths, including performing special operations in coastal waters. The boat is equipped with special airlock chambers for divers and guided underwater drones. On the hull of the submarine there are special deck mounts to accommodate small-size underwater vehicles. The submarine can conduct exploration, deliver special-purpose units to the coast, carry out jamming and underwater mining, as well as other types of underwater work (for example, search and rescue).

Virginia-type submarines are fourth-generation multipurpose nuclear submarines. It is assumed that their construction will continue until the 2043 year - during this time it is planned to launch the 48 nuclear powered submarines, which will replace the submarines of the Los Angeles type, which were being built from 1976 to 1996, reports "Warspot"