UHA LHA-7 Tripoli was baptized in the USA

19 September 2017
29
According to the Internet portal TSAMTO, at the shipyard in Pascagoula (Mississippi), owned by Huntington Ingalls Industries, 16, September, was held the baptism ceremony of the Tripoli UDC LHA-7, built for the needs of the US Navy. 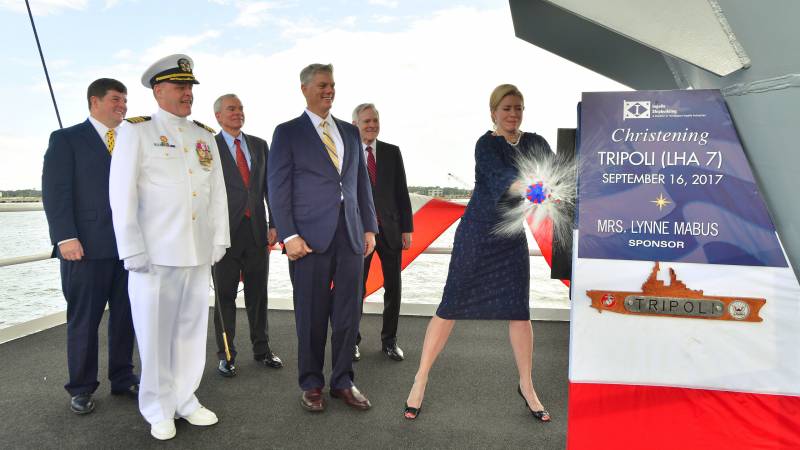 It is planned that the new ship will have an increased hangar deck, infrastructure for maintenance of aircraft, warehouses for spare parts and auxiliary equipment, as well as a larger supply of aviation fuel.

Tripoli UDC will be 844 feet, maximum width - 106 feet, displacement - 44971 tons. The LHA-7 will be equipped with a fuel-efficient power plant consisting of two LM2500 + gas turbines with 35290 power hp each, and two auxiliary running electric motors with 5000 power hp Estimated speed - more than 20 nodes. The crew of the ship will be 1204 person (including 102 officer). In addition, the board will be able to accommodate up to 1870 paratroopers. UDC will also carry onboard fuel and spare parts for the air group. It is planned to deploy MV-22 Osprey’s tiltrotor and Lightning-35 F-2B aircraft onboard the ship. The new UDCs are designed to replace outdated LHA-1 “Tarawa” class ships. 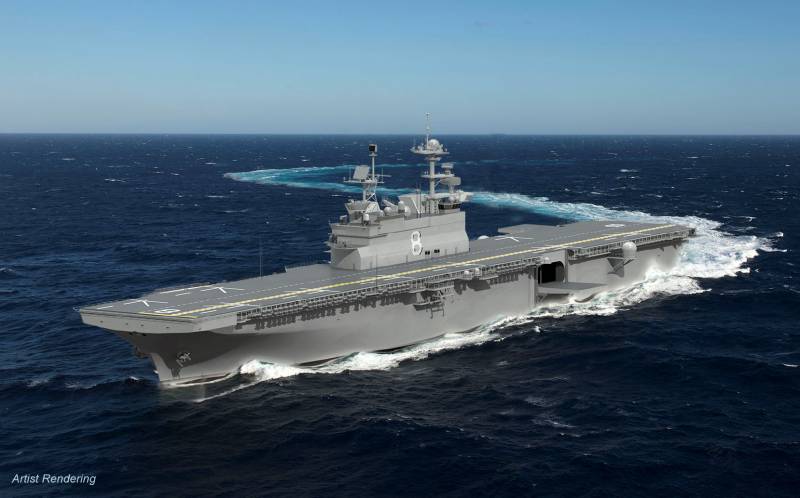