12 September 2017
15
The flight tests of the TV7-117CT turboprop engine, which is being developed to equip the IL-112В military transport and the regional IL-114-300, began in the Moscow Region on the basis of the Flight Research Institute. Gromov, transmits RIA News. 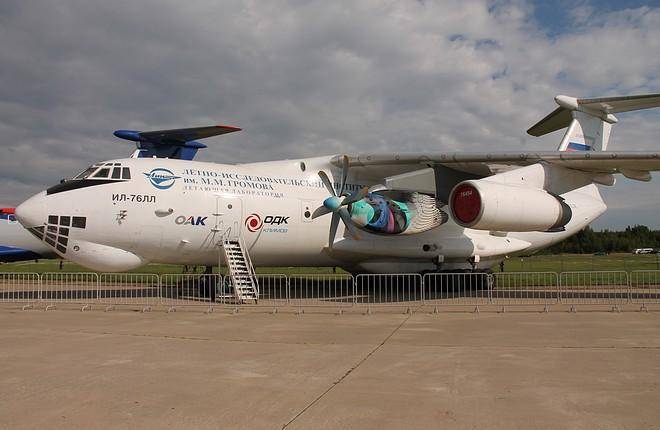 The tests of the power plant in various modes and altitude ranges are carried out as part of the IL-76LL flying laboratory.

The development program of the new TV7-117ST engine is of great importance for UEC and for the whole domestic aviation industry. Our goal is to get a world-class highly efficient turboprop engine, which will become a reliable support for both military and civil aviation,
UDC Director General Alexander Artyukhov told reporters.

It is reported that "TV7-117CT is the basic engine for the promising light military transport aircraft IL-112В, while the civilian engine modification - TV7-117СТ-01 - will become the regular engine of the regional passenger aircraft IL-114-300", which production is planned to resume .

TV7-117CT-01, in particular, will increase the carrying capacity of the IL-114-300 and reduce the take-off time of the aircraft.