In order to check the readiness to perform tasks for the intended purpose almost all military units of the Air Force of the Armed Forces of Ukraine are on alert
- said in a statement. 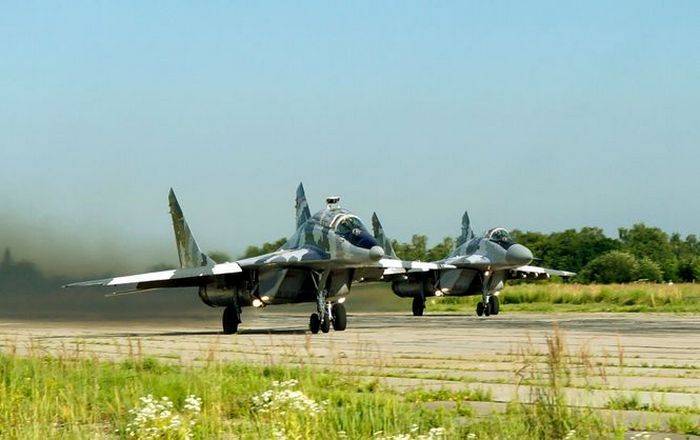 The General Staff reported that there would be a call for training camps for reservists of the operational reserve of the first and second phases for completing these military units to full staff.

Particular attention during the course of training is paid to the ability of military units to organize in an organized manner the personnel of the reserve and the organization of comprehensive support. Also, a number of individual training sessions will be held with reservists.
- noted in the department.

Now in Ukraine there are a number of military exercises. Earlier, the press service of the Ministry of Defense announced the beginning of the command and staff exercises of the Armed Forces of Ukraine (APU) "Enduring Resilience - 2017" with the involvement of troops and operational reserves began on Tuesday.

In addition, before September 15, a training of the forces and means of territorial defense of Ukraine with the deployment of their headquarters will be organized.
In connection with the military maneuvers, the General Headquarters of the Armed Forces of Ukraine recalled responsibility for maintaining photographic and video recordings of military equipment, sensitive military facilities and attempts to penetrate their territory.

In the area of ​​the exercise, over military units, objects and test sites, all the observed unmanned aerial vehicles will be shot down, and those who launched or led these UAVs will be detained and brought to justice.
- reported on Tuesday the department, reports TASS.

On Monday, the international command and staff exercises "Rapid Trident-2017" also began in the Lviv region.